One of the most frequent questions I'm asked is how I manage to get so many photos on a page without it looking crowded. I'd like to share some of my tips as I walk you through my process.


Print 2x3 photos
Obviously, the smaller your photos are, the easier it will be to fit lots of them on a page. I use Picasa's collage feature to put two photos together, then order that as a 4x6. The resulting 2x3 photos are small enough that many can fit on the page, but not so small that they're difficult to see and enjoy. As a bonus, it costs half as much to print photos this way than ordering them all as individual 4x6 prints.

Here is a pile of photos from Trevor's summer swim lessons that I wanted to combine onto a single page. As you can see, I ordered five 4x6 prints. Once I cut them apart, I had ten 2x3's. 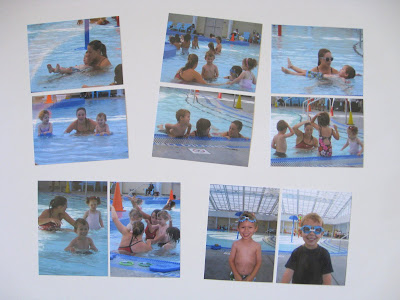 At this stage, I didn't know what my layout was going to look like, or how many of the ten photos I'd use. I shuffled the photos around on a piece of white cardstock until I was happy with the general arrangement.

Don't be afraid to crop
Once I had a basic idea of which pictures I was going to use and approximately where they'd go, I started cropping. I knew what story I wanted to tell, so whenever possible I cropped the photos down to enhance that story. The other kids in Trevor's swim lessons weren't important to my story, so I cropped to allow Trevor and his teacher to be more prominent.

Include plenty of white space
My next step was to cut my patterned paper down to allow at least an inch of white space on all four sides. This white space frames the layout and is critical to not having the layout look crowded. You'll notice that I added blocks for my title and journaling. By doing that, I ensured that I wouldn't be stealing white space later on to make my title or journaling fit. 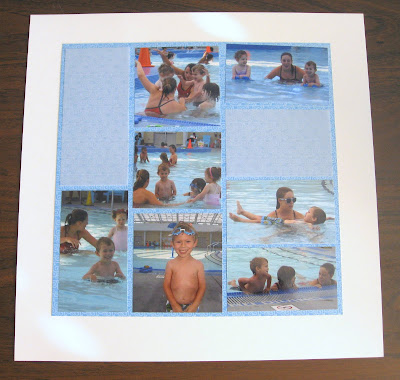 Keep things linear
By keeping my photos in rows, they don't appear crowded. It is possible to create gorgeous, non-linear layouts with 5 or more photos, but it is much more difficult! Once you approach 10 or more photos, it becomes even more challenging without using a linear approach.

Keep embellishments simple so as not to compete with the photos
With this many photos on the page, I had to keep the embellishments simple so they wouldn't fight with the photos. When I saw Prima's Signs of Spring die cut paper, it immediately reminded me of waves. I cut off all four sides and then trimmed down one of them. I cut out a few orange fish from a vellum scrap, added some frosted lace Stickles around the edges, and added an orange photo turn to finish. 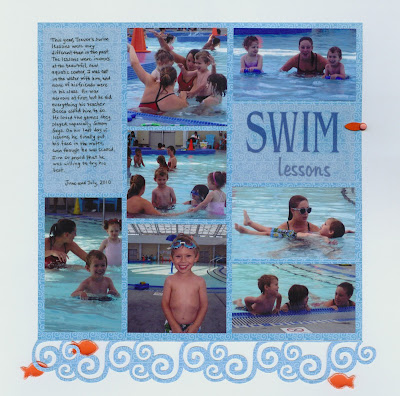 Here's a peek at the back of the layout. I created a pocket directly on the back of the page to tuck away the progress reports and report cards Trevor's teacher gave him. This would also be a great place to tuck any photos that didn't make it onto the front of the page. 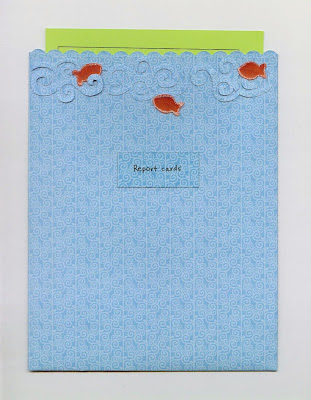