I wrote this post from CHA as a member of the Guest Design Team at Flamingo Scraps and wanted to share it here.

Hi everybody! Amanda, Julie and I are here in LA for the Craft and Hobby Association tradeshow. They're CHA veterans, but I'm a wide-eyed newbie. So what's my first impression? In a word, awesome! There really aren't adequate words to describe the experience of seeing every craft material in the world under the same roof. All my favorite manufacturers are here, along with dozens I'm learning about for the first time. There are scrap celebrities at every turn. This is truly a crafter's paradise.

One of my favorite things about CHA has been seeing all the new releases and trying to figure out what trends we'll be seeing. I had some ideas of what I might see from the sneak peeks that came out before the show, but now that I'm here it's even more apparent what is hot in 2011.

1920's: Motifs from the 1920's are huge. Graphic 45, Cosmo Cricket, Pink Paislee are among the many with paper lines that feature images from the era. 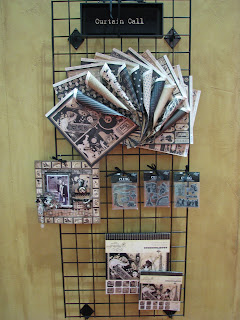 Circus and carnival: Images from the circus are everywhere, as are big fair ribbons. 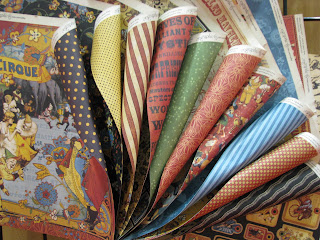 Dress forms: This trend has been here for awhile and it's stronger than ever. Many of the booths have dress forms on display, and I'm also seeing them in new stamp sets, paper lines, and embellishments. Everything about sewing is going strong- needles, spools, buttons, sewing machines, etc. are all showing up in multiple booths. 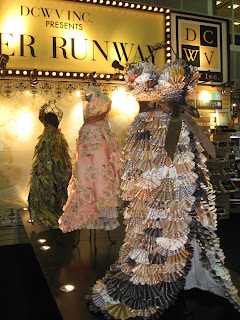 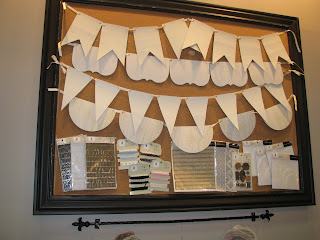 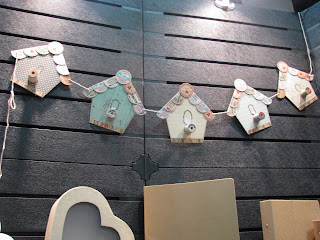 Bicycles: This is another trend that has been growing. I saw lots of bicycle images today, along with some tricycles too. Most of the bicycles are old-fashioned, tying in the trend of hearkening back to simpler times. 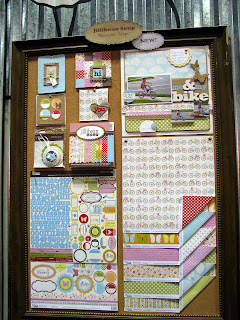 Berries/Fruit: Strawberries, cherries, watermelon, lemons... they're all over the place. 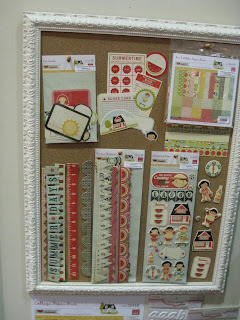 Lobsters: I noticed one really cute lobster, then another, and another. In my mind, that qualifies as a trend! 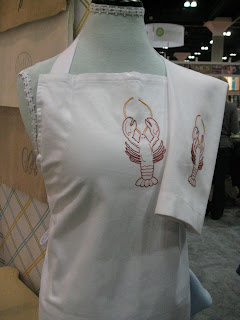 Clouds: In the past, rain clouds have been a fairly common, but the clouds I saw today were happy, cutesy clouds with no rain in sight. Think white and fluffy, not dark or dreary. 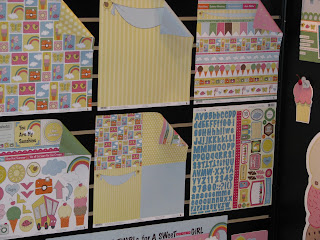 Dragonflies: Butterflies are still going strong, but dragonflies seem to be gaining on them! Some are cute and whimsical, others more realistic. 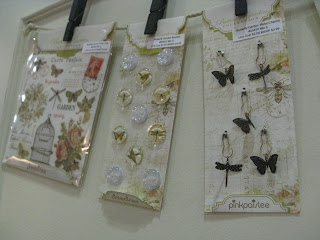 Nostalgia: This incorporates some of the other trends I've already mentioned, but it bears emphasizing. For several years we've been seeing images from Grandma's house, such as old typewriters, sewing machines, and clocks. Those are still going strong, along with some new additions. Crate Paper is introducing an adorable collection called "Toy Box" featuring all sorts of retro toys and games. October Afternoon's entire booth had a charming retro look. 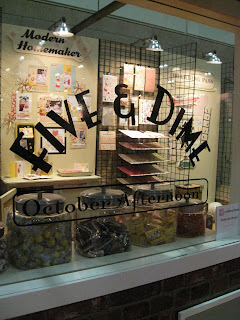 So what's on it's way out? I was on the lookout, but did not see nearly as many chandeliers, chairs, keys or birdcages as we've seen in the past. I think those trends are on the decline.
No comments:
Email ThisBlogThis!Share to TwitterShare to FacebookShare to Pinterest
Labels: CHA 2011

We are not military, but one of the sad realities of living in a military community is that friends move away, often with little notice. One of my close friends was recently transferred across the country to the Florida panhandle. They'd always rented in the past, but this time they bought their first home. I decided to make them a housewarming gift. 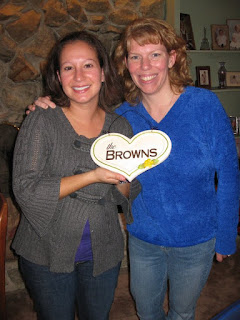 I knew I wanted to make some sort of wall hanging that could hang either indoors or outdoors. I found a ceramic heart from Provo Craft and painted it a creamy neutral. I cut their last name (Brown) from some BasicGrey cardstock (brown, of course!) and adhered the letters using Mod Podge. Then I gathered the following supplies: 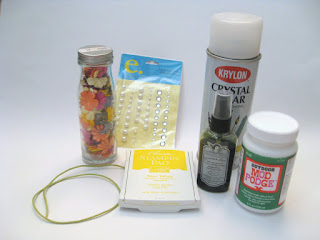 I used the Key Lime Pie Glimmer Mist to dye the cord a nice leaf green color, then I glued the cord around the perimeter of the heart. I covered the whole thing with about 10 coats of Outdoor Mod Podge, waiting at least 15 minutes between coats. I'd never used the Outdoor variety before, but I'd heard that it dries tacky, even with the proper drying time. This was indeed the case, so I gave the heart a quick spray of Krylon to seal it. Perfect!

I really wanted to use a Prima flower on this project, but I wasn't sure how to weather-proof it in case Heather decided to hang this outdoors. Time to experiment! I got a test flower and brushed on a coat of the Mod Podge. Quite a bit of yellow came off on my brush. I tried dabbing (rather than brushing) and it worked much better. I was able to apply a thin coat that sealed the color in. I applied multiple coats to both front and back. The Mod Podge behaves differently on paper than on ceramic, as the flower wasn't tacky to the touch when I finished. It did have a very interesting texture- it almost felt like a rubbery plastic! I brushed the yellow ink pad over a pearl and added it to the center of the flower, then attached the whole thing to the heart. It looked pretty cute, but was definitely missing something. I found some leaves, but the color was wrong. The color was wrong... would the Glimmer Mist solve the problem? Yes! They ended up exactly as I'd hoped. It's so satisfying when that happens! I used the same technique of dabbing on a primer coat of Mod Podge front and back, then added a bunch more finishing coats. For good measure, I sprayed the whole thing with two more coats of Krylon. 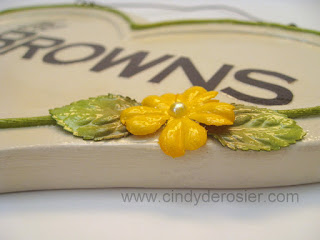 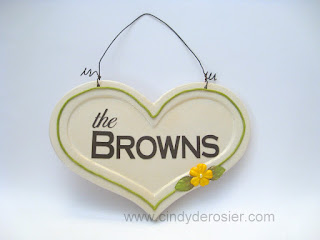 Cindy deRosier
Cindy deRosier has a masters in Education and taught for 11 years. She uses that experience to blog about kids crafts and family-friendly educational travel. She is the Editor of Fun Family Crafts, a website with over 12,000 kid-friendly craft tutorials. Cindy is the co-author of "What Would Jesus Patent?" and does freelance writing and designing.
Newer Posts Older Posts Home
Subscribe to: Posts (Atom)