In June, we went to Colorado to visit our friends Nancy, Marco and Julia. You may remember the 2nd Annual(ish) Cookie Bake-Off that we had while we visited. We did a lot of other things besides baking while we were there. We hiked, did the Celestial Seasonings Factory Tour and visited the outstanding Denver Museum of Nature and Science. We swam, played at the park, and ate great food. Oh, and we stopped into this interesting shop along the Pearl Street Mall. 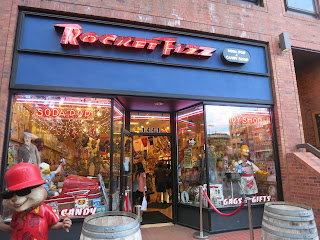 The shelves were full of soda and candy. 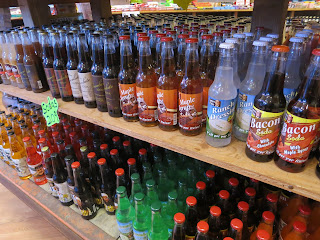 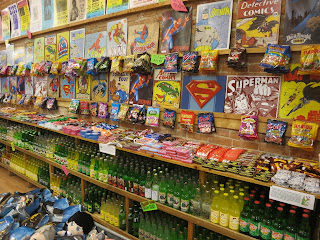 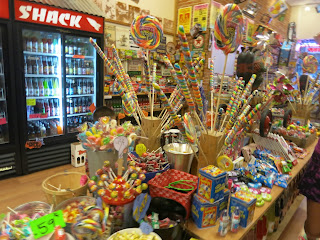 It has a really cool retro vibe. In fact, it was so retro that it had something I haven't seen in decades... candy cigarettes. 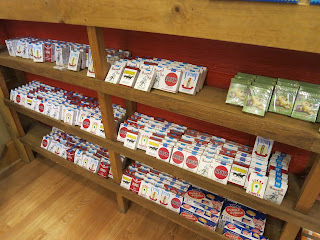 It turns out that Rocket Fizz Soda Pop and Candy Shop is franchised all over the United States, including California (though none near us). 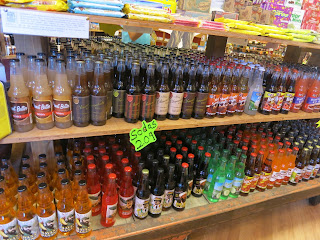 I was giddy.... like the proverbial (43 year old) kid in a candy store. Look at some of these intriguing sodas! Maple soda! Ranch dressing soda! Bacon soda! Peanut butter and jelly soda! They all sound retched and I was dying to try them all. 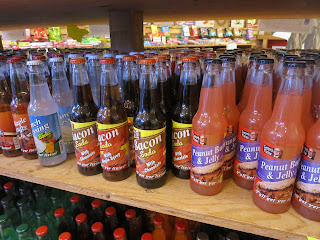 I couldn't try them all, of course. I decided to pick just one. But what to choose? Coffee soda? Buffalo wing soda? 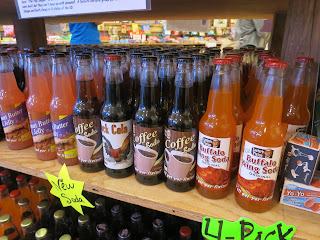 No. There was one soda that's been on my want-to-try list for years. With fingers crossed, I searched the shelves for Dr. Brown's Cel-Ray (celery-flavored soda). Eureka! Steve found it! 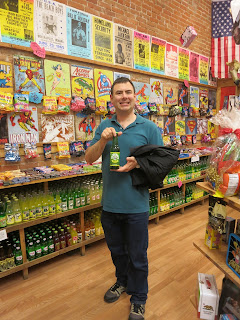 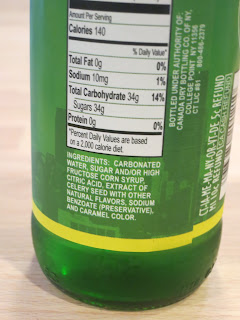 I was so excited to finally taste it. 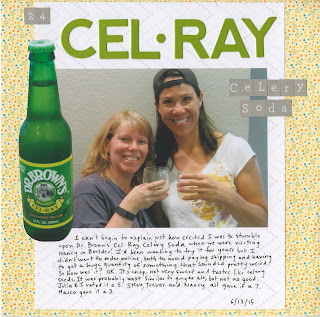 And the verdict? Well, it tasted like celery seeds! It was crisp and sharp and not very sweet. It was most similar to ginger ale, if I had to pick something as a comparison. I thought it was OK and gave it a 5. I don't know that I would have finished the whole bottle if I weren't sharing it with five other people. Julia also gave it a 5, while Steve, Trevor and Nancy all rated it a 7. Marco liked it the least, saying it was like 'bad apple juice with a kick.' He gave it a 3.

I'm so glad to have finally tried this odd celery soda. Next time I'm in Boulder, I think I'll try that Ranch Dressing Soda. It sounds awful!
Email ThisBlogThis!Share to TwitterShare to FacebookShare to Pinterest
Labels: 43 New-to-Me, Layouts