Our next virtual adventure through Little Passports was to the state of Maine. It was no surprise that the model was of a lobster and that the cover image showed sailboats! 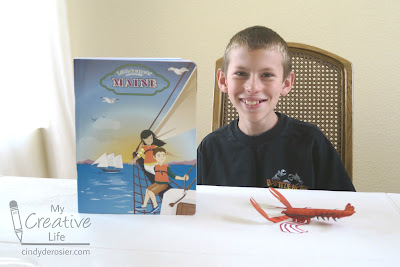 After building the model, Trevor and I solved a puzzle about the 50+ species of fish that inhabit the freshwater lakes in Maine. The next activity was about sailing, the parts of a sailboat, and the importance of learning to tie knots. As a Boy Scout, Trevor already knows how to tie many different knots, but this activity was a good reminder. He completed a maze about whitewater rafting on the Kennebec River. Keeping with the water theme, we learned about one of the world's largest whirlpools. It is called Old Sow and is 250 ft. in diameter, which is about the length of a soccer field! I have a hard time wrapping my head around that.

Next, we solved a puzzle about the animals that live in the pine forests of Maine. Did you know that Maine has the second-largest moose population in the US? (Alaska is #1). Trevor and I followed the directions to each draw our own moose. 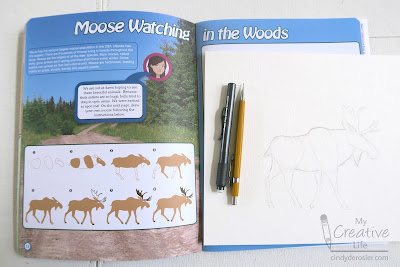 We decided to turn our drawings into paintings. We started by doing a light wash of orange, yellow, and purple across the paper. 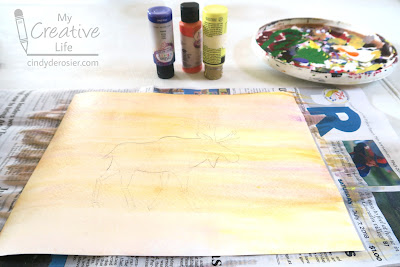 When that was dry, we used black paint to fill in the moose. 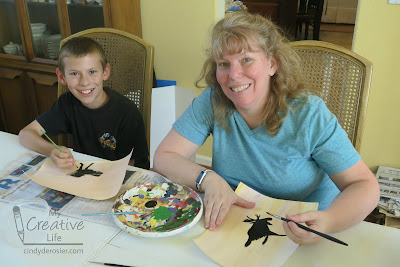 Finally, we added a strip of black paint across the bottom of the paper. While the paint was still wet, we gently flicked the brush upward along the top edge to give the look of grass. Here's my completed moose painting: 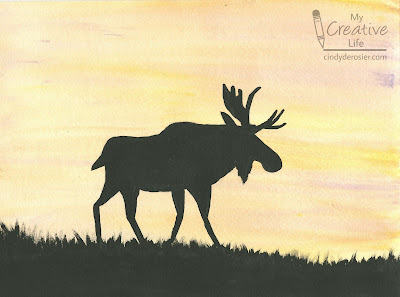 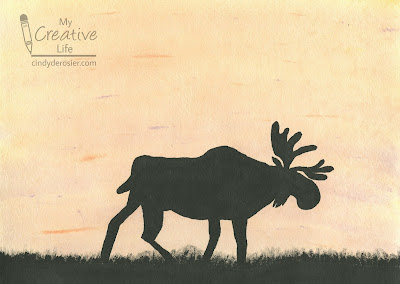 As we waited for the paint to dry, we worked on more activities in the Maine state journal and learned a lot of interesting facts about the Pine Tree State. For example, did you know that Maine was home to the first sawmill in the US? Or that earmuffs were invented by a teenager from Maine named Chester Greenwood in 1873? The first disposable toothpicks (to replace the ones made of ivory, gold, or silver) were made in Maine in 1887. The easternmost town in Maine, and thus in the entire US, is Lubec. More than 1300 ships have sunk off the coast of Maine due to its rocky shores and violent weather. Interesting!

The recipe was for that iconic Maine food, a lobster roll. Trevor and I don't eat lobster, so we opted to make ours using chicken. We kept everything else the same. It sure looked good... 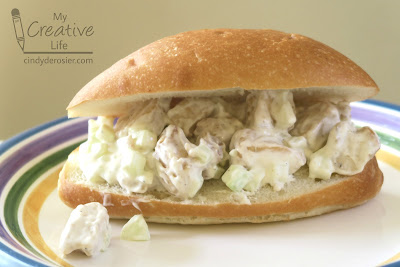 .... and it was! Steve loves lobster and was grumbling about our decision to use chicken instead of lobster, but even he thought our chicken rolls were excellent. 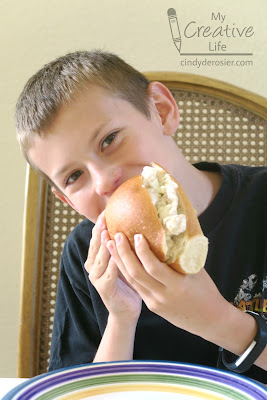 We had such a fun time learning more about Maine! Thanks for Little Passports for another interesting and informative virtual trip.