Jonna, Godmother Extraordinaire, recently joined Trevor and me for a virtual trip to Wisconsin through Little Passports. We made a whole day of it and had great fun. The model was a milk carton covered with fun facts about cows. We were most fascinated to learn that a cow can hold up to 50 pounds of milk in her udder. A gallon of milk weighs about 8.6 pounds. That's a lot of milk! 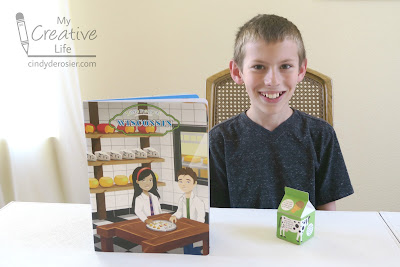 Not surprisingly, there was a heavy emphasis on cheese in the Wisconsin state journal. Trevor solved a logic puzzle to determine the steps in making cheese. The science experiment is one we've done many times, shaking cream to make butter. We did a word search about Wisconsin cheeses. We learned that it is the high-quality grass that cows eat that makes Wisconsin cheese so delicious.

After all those activities about cheese, we were ready for a cheese taste test! We tried seven different cheeses, grading them on appearance, taste, texture, and overall fabulousness.

Trevor made a scorecard for us to use. You'll notice that we have palate-cleansing crackers, some tasty strawberries, and a drink made from Wisconsin's state fruit (cranberries). 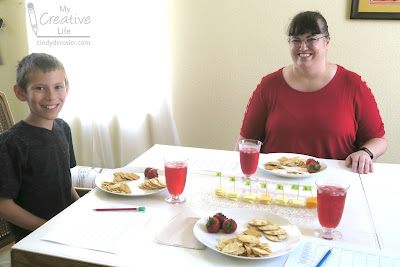 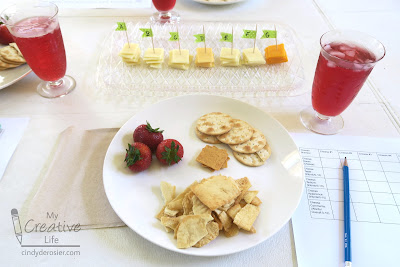 All three of us liked all the cheeses, which was no surprise. How could cheese be anything but fabulous? In case you are curious, the seven cheeses were: A) swiss; B) mozzarella; C) Monterey jack; D) gouda; E) provolone; F) fontina; and G) cheddar.

We really enjoyed doing Mad Libs based on the National Mustard Museum in Middleton, WI. There are more than 5000 mustards on display, with varieties from all over the world. Some of the more unusual mustards include chocolate and blue cheese. I'm not a mustard fan, but I'm making this museum a priority when we eventually make it to Wisconsin because it looks like such a fun place!

Trevor worked on a dot-to-dot and a maze about the American Birkebeiner, a famous cross-country skiing event in Cable, WI. Then he decoded the name of a 21-island wilderness area. We read about Mount Horeb, a small town that is known as the Troll Capital of the World because it is home to many troll statues. Norwegian immigrants brought tales of trolls with them to Wisconsin when they settled there in the 1800's. The state journal asked us to design our own trolls and gave just one rule - the troll must have a big nose! 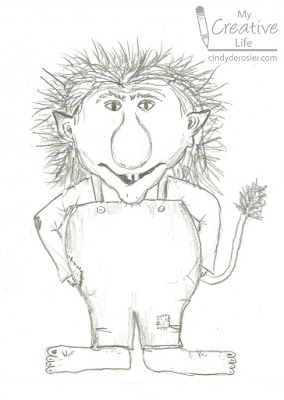 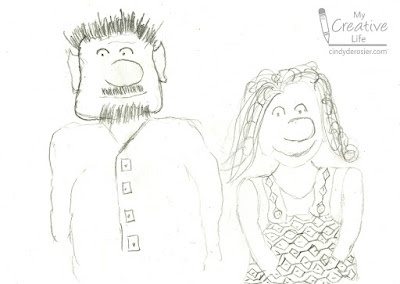 Trevor drew a garden gnome. Not quite a troll... and that nose is suspiciously small! 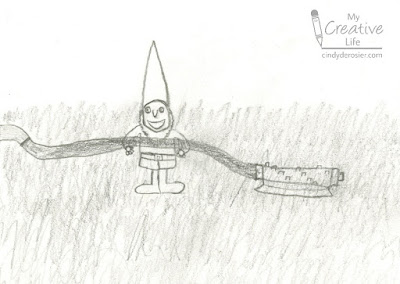 The recipe was for cranberry pie. As I mentioned before, cranberries are Wisconsin's state fruit. Jonna and I were surprised to learn that Wisconsin grows more cranberries than any other state. We both associate cranberries with New England, and Maine in particular. 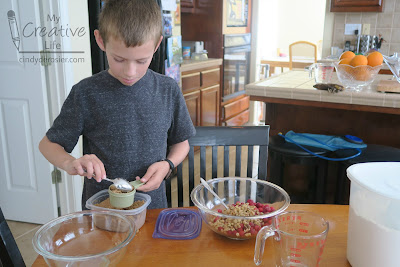 The pie was delicious! The sweet filling paired so well with the tart cranberries. 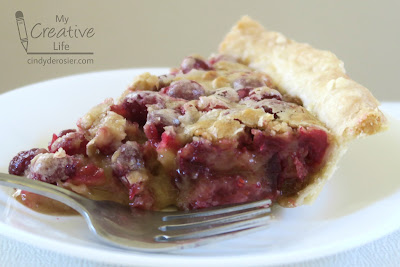 The three of us had such a fun time exploring the Badger State through Little Passports! In fact, the Wisconsin activities didn't stop when we completed the state journal. Tomorrow I'll share a tutorial for a Wisconsin-related craft. Thanks to Little Passports for another interesting and educational virtual tour!