Our next virtual adventure through Little Passports took us to Oklahoma, the 46th state. Trevor started by building a model of a vintage motorcycle, similar to the ones ridden along Route 66 back in the day. 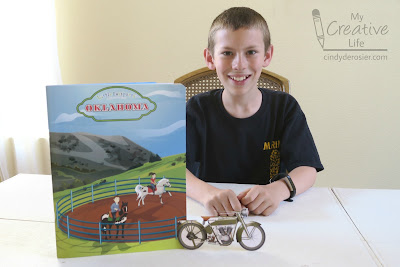 As we completed the activities in the State Journal, we learned a lot of interesting facts about Oklahoma. Did you that the Capitol building in Oklahoma City sits on top of an active oil field? Or that the word "Oklahoma" translates to "red people" in the Choctaw language? Or, that the world's first parking meter was installed in Oklahoma City in 1935? Or that the shopping cart was invented in Oklahoma just two years after that? I certainly didn't!

Trevor and I enjoyed doing a word search and puzzle about Cherokee Stickball, the original version of modern lacrosse. A maze activity about Route 66 taught us about some of the more interesting roadside attractions in Oklahoma. We learned about the state bird, the scissor-tailed flycatcher, and the state wildflower, the Indian blanket, both of which are featured on the Oklahoma state quarter. 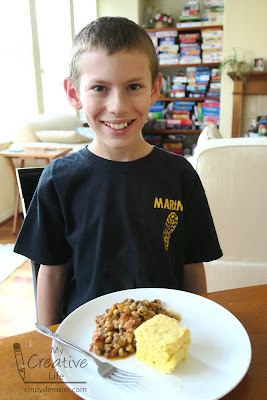 Trevor and I particularly enjoyed doing a Mad Libs activity about cowboys. That, and a dot-to-dot featuring a bull rider, inspired us to make Trevor the Cowboy. Read on how to make yourself as a cowboy! 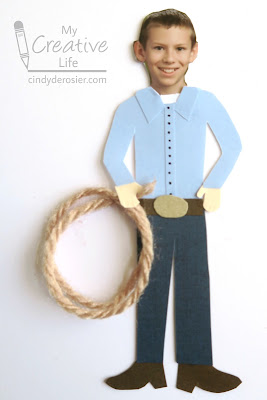 Me as a Cowboy

Cut around the photo of your face and get rid of the background. We used the proof sheet that came with Trevor's school photos, which are the perfect size. 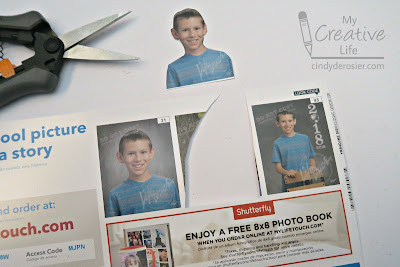 Use the dark blue to cut a pair of jeans.

Cut a shirt from the light blue paper. Add a strip of white paper at the neck, then add two blue rectangles to make the collar. Fold them over and glue the excess paper to the back of the shirt. Use the pen to draw buttons along the center of the shirt. 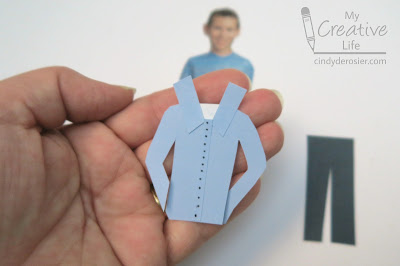 Coil the yarn to make a lasso. Cut out hands and glue one on top of the lasso, then glue the hand to the sleeve and the lasso to the pants. Glue the other hand in place.

Here's our finished Trevor the Cowboy next to the illustration from the Oklahoma State Journal! 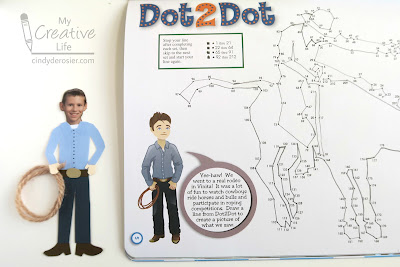 Trevor and I had a lot of fun working through the Oklahoma Little Passports together. We're both excited to start planning a trip to the Sooner State... sooner, rather than later!