When you see this cardboard tube scarecrow, do you think of fall... 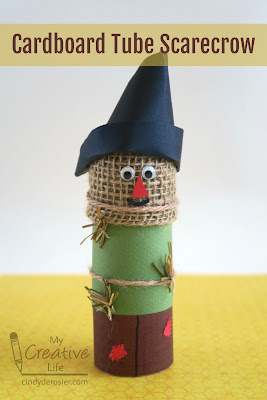 ....  or do you think of The Wizard of Oz? Because really, it could go either way. 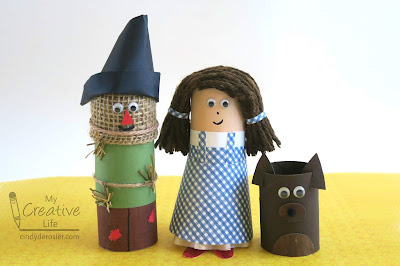 Cut two pieces of yarn. Tie one piece around the scarecrow's waist and another around his neck. 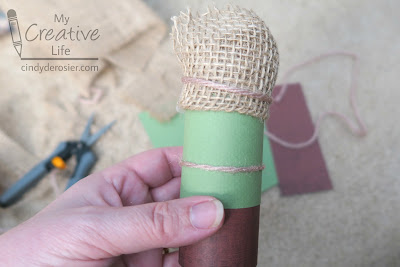 Push the portion of burlap that sticks up past the edge of the cardboard tube down into the tube. Remove the tape from the burlap; it should stay in place.

Cut a small red triangle and two red squares. Glue the triangle where the nose would be. Glue the squares onto the scarecrow's pants. 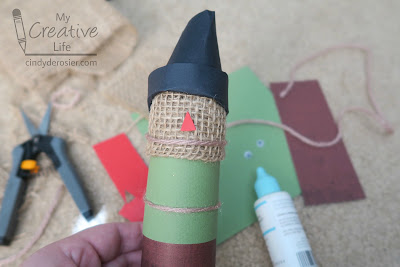 Cut a smile from the scraps from the hat and glue it in place. Add the googly eyes. Then use the Sharpie to draw the scarecrow's legs and the stitch marks on the patches. Finally, glue little tufts of hay (or straw) to the scarecrow. Raffia would work, too. 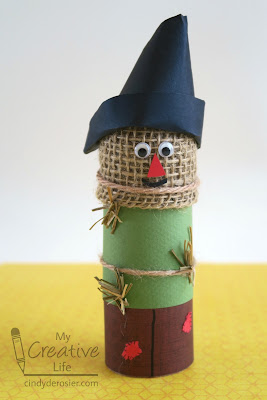