Family Fun in the South, Part 4: Huntsville and Warrior

This is my fourth post about our recent adventure through Tennessee, Alabama, Georgia, South Carolina, and North Carolina. Click for the first, second, and third posts from the trip. Because I blog about educational travel, some places we visited gave me complimentary admission tickets, media rates, and similar benefits. Many attractions we toured are free to everyone, and we paid full price for everything else. The amount we paid has no bearing on my reviews; I only share what I honestly recommend.

After three fantastic days in Nashville, it was time to move on. We rented a car and got an early start headed south. Our destination was Huntsville, also known as Rocket City, home to the US Space and Rocket Center. Fun fact: Before the rockets, Huntsville used to be known as the Watercress Capital of the World. 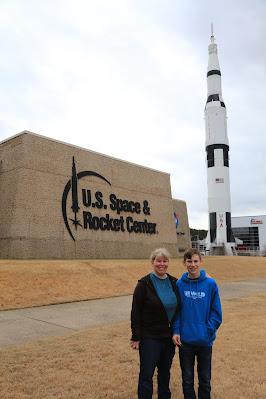 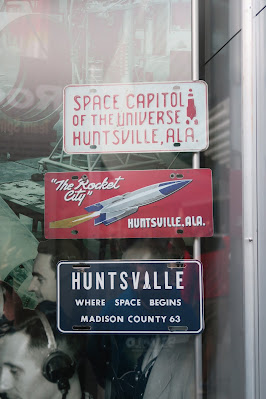 To be perfectly honest, space is not my thing. Space is Steve's thing. He is passionate about astronomy, knows everything there is to know about space travel, and dreamed of attending Space Camp as a kid. So this destination was all about Steve. 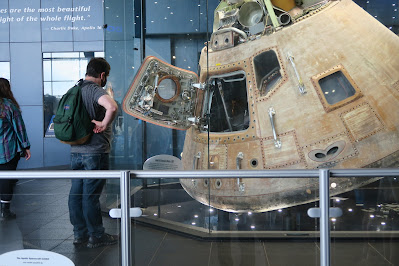 We were there for almost 6 hours, which gave us plenty of time to see all sorts of interesting artifacts. 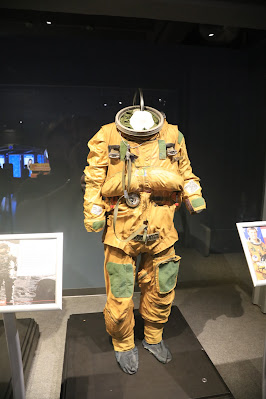 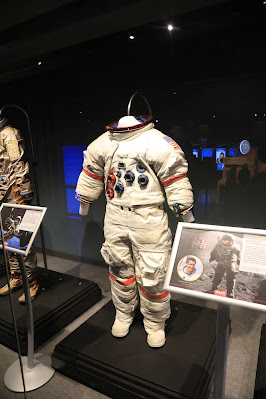 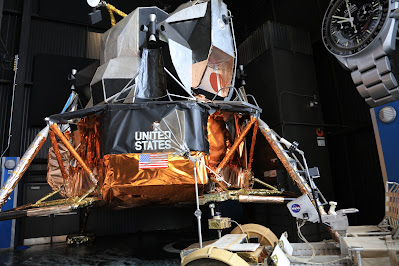 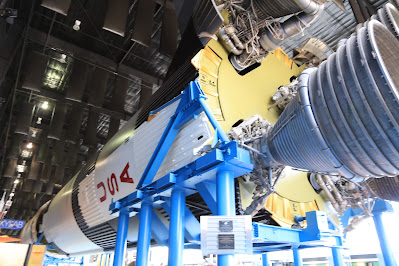 This was the first moon rock we saw on this trip, but it wasn't the last! Every state has a sample and many of them display it in their state museums. Some aren't on display: ten have gone missing and one was stolen. 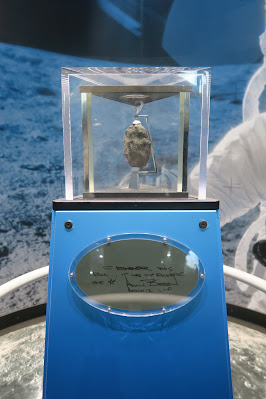 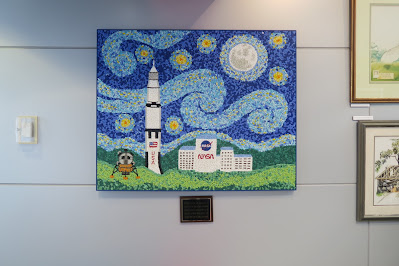 In the Space Lab, we particularly enjoyed the large marble maze on the back wall. And we certainly weren't going to pass up the opportunity to decorate a postcard to send into space. The postcards we made will be going to the Space Station and will be mailed to us after they return. 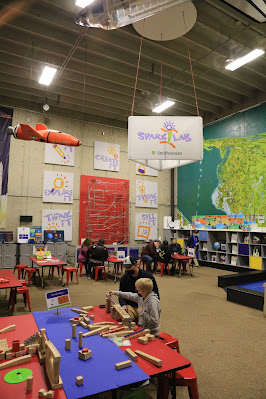 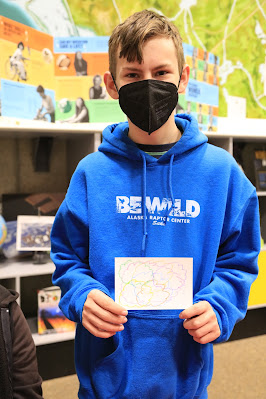 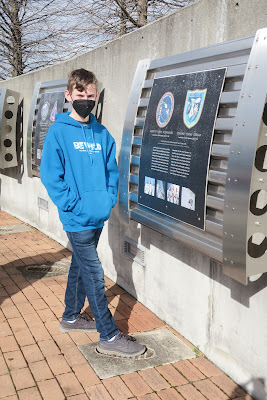 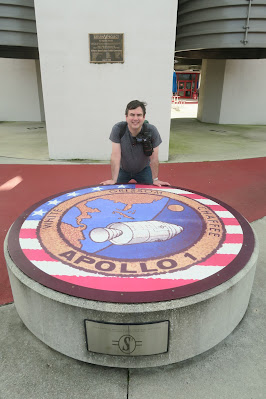 I had no idea how large these actually were until I was standing under them. 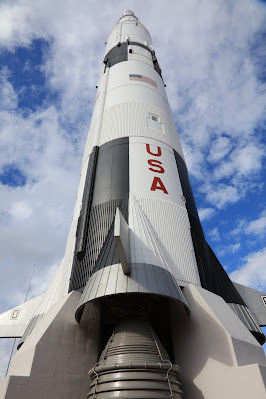 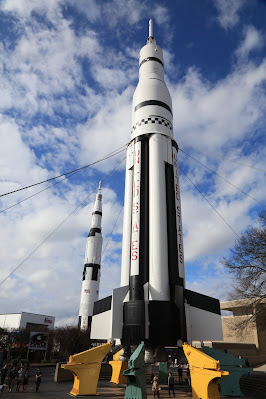 I enjoyed the Space Station exhibit the most. And I love that they have a scale model of the solar system. 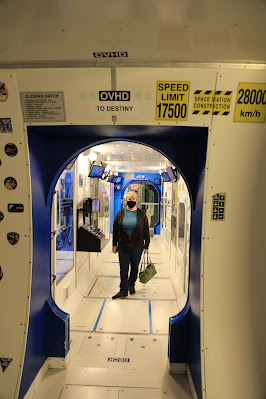 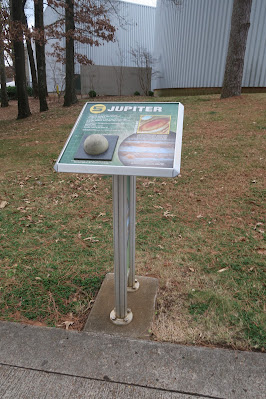 After a full day at the Space and Rocket Center, we headed 70 miles south to the town of Warrior, home of Rickwood Caverns State Park. 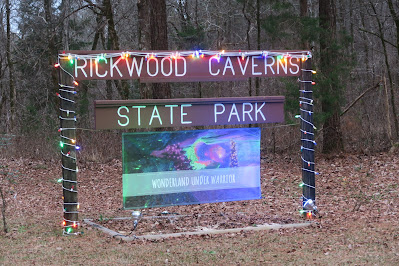 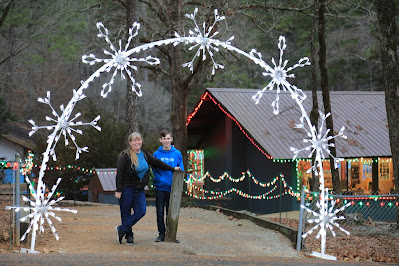 During most of the year, they offer an hour-long guided tour of the mile-long cave. But during the holidays, they turn the cavern into an underground winter wonderland. With the lights, music, and costumed employees, it was magical. 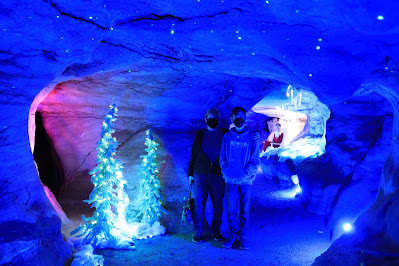 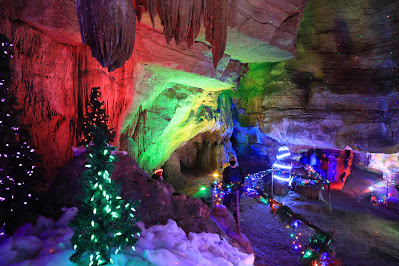 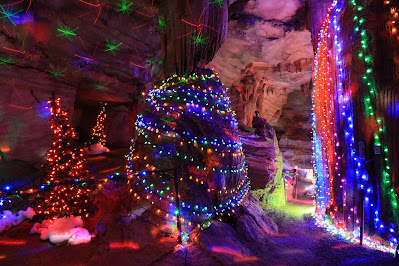 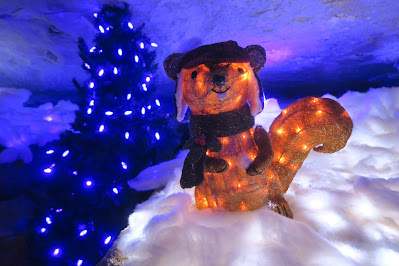 This grinch was delightfully grumpy. 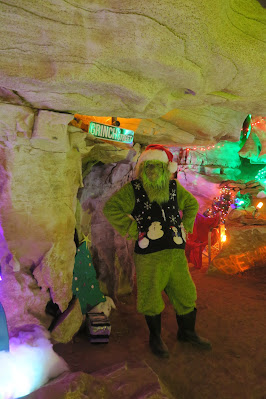 We loved our visit to Rickwood Caverns. It was such a pretty walk and so festive. What a fun annual tradition this would be if we lived closer! I would love to see the caverns when they aren't decorated for the holidays someday.
We continued south another 20 miles to the Birmingham suburb of Fultondale. When I was researching hotels for our single night in Birmingham, I started with my usual criteria for selecting a hotel. The Home2 Suites had a good balance of everything we wanted: a good location, a reasonable price, and positive reviews. It looked like a great choice. 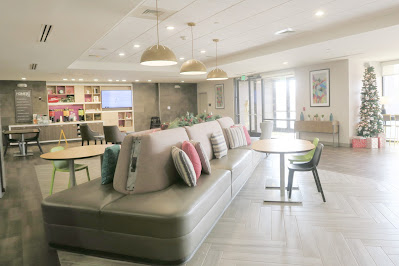 It ended up being perfect for us. The hotel was clean and comfortable, and breakfast was included. Our room was much larger than a typical 2-queen standard room, with a curtain to separate the couch area from the bed area. My favorite feature was all of the counter space. 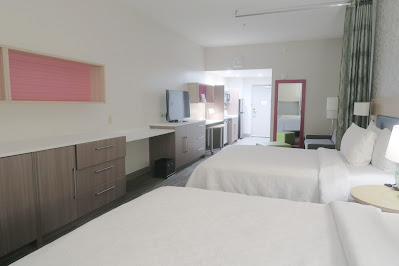 We ate dinner at Mugshots, a beloved local chain just down the hill from the Home2 Suites. The food was tasty and plentiful. Steve's former coworker, Wes, drove up from Tuscaloosa to have dinner with us. It was great catching up. Trevor was a baby the last time we saw him. 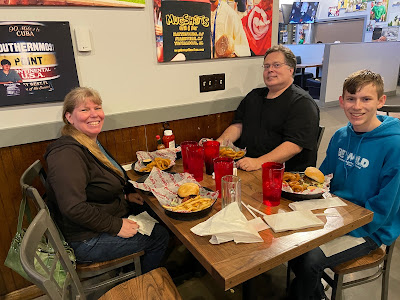 We collapsed into bed after another full day of travel. We were all looking forward to the next day's adventures in Birmingham. I'll tell you about that tomorrow.
Email ThisBlogThis!Share to TwitterShare to FacebookShare to Pinterest
Labels: Alabama, Steve, Trevor, US Travel