Family Fun in the South, Part 7: Tuskegee and Atlanta

This is my seventh post about our recent adventure through Tennessee, Alabama, Georgia, South Carolina, and North Carolina. Click for the first, second, third, fourth, fifth, and sixth posts from this trip. Because I blog about educational travel, I received complimentary admission tickets, media rates, and similar benefits at some attractions. Some places we toured are free to everyone; we paid full price for everything else. The amount we paid has no bearing on my reviews, as I only share what I honestly recommend.

Family Fun in Tuskegee and Atlanta 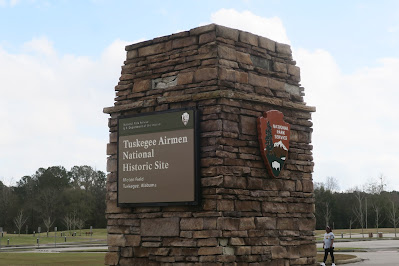 It marks the location where in 1940 the US Army Air Corps began testing to see "if African Americans had the mental and physical abilities to lead, fly military aircraft, and courage to fight in war." (Spoiler: Yes. Of course.) 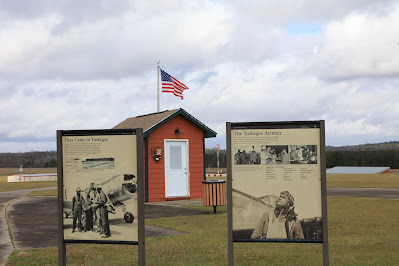 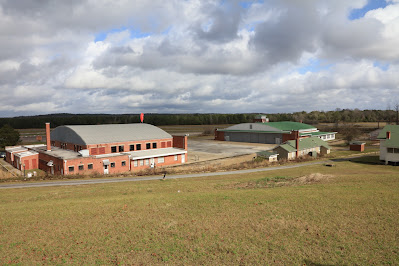 Before the Tuskegee Airmen, no African American had been a pilot for the US military. The War Department enacted strict criteria to ensure only the brightest and most physically fit would join the experiment, so it's no surprise that the Tuskegee Airmen went onto to show great skill and courage in combat. 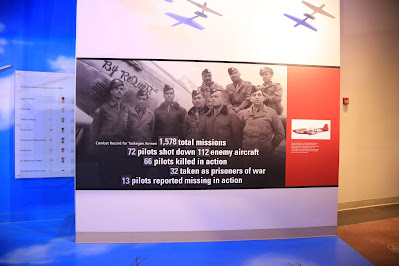 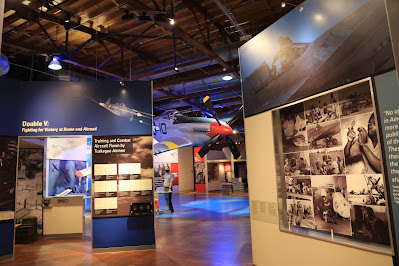 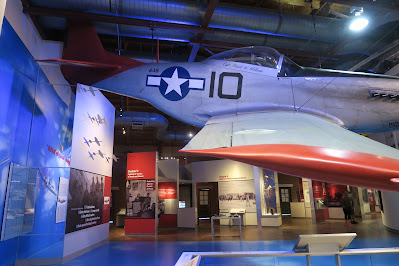 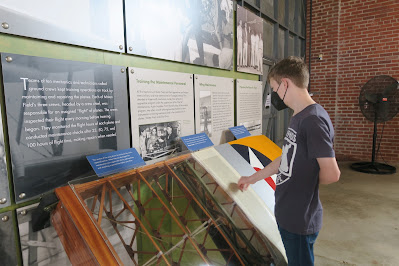 The success of the Tuskegee Airmen proved that African Americans could be great military leaders and pilots, and helped pave the way for desegregating the military. The story of the Tuskegee Airmen also inspired people to continue to fight to end racial discrimination in the US.
We said farewell to Alabama, crossed the border into Georgia, and instantly lost an hour. We continued on to our first stop Atlanta, The Varsity. 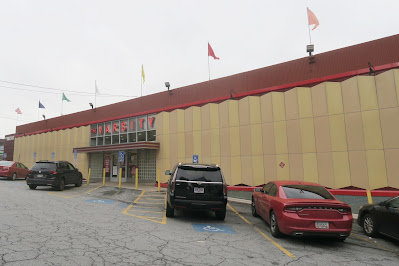 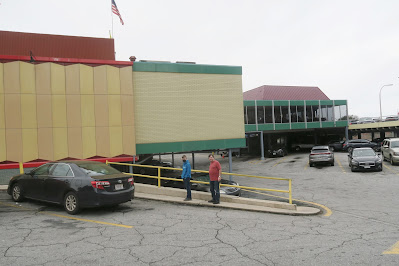 The Varsity opened in 1928 and is enormous. It covers 2 city blocks and has indoor seating for 800 diners. In 1950, it was named The World's Largest Drive-in. 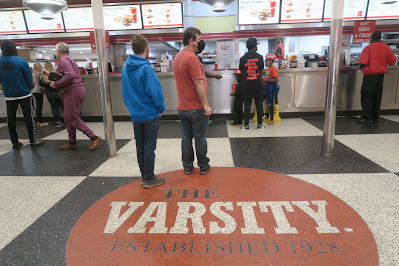 Eating there was an experience. I wish I'd counted how many ordering windows there were. 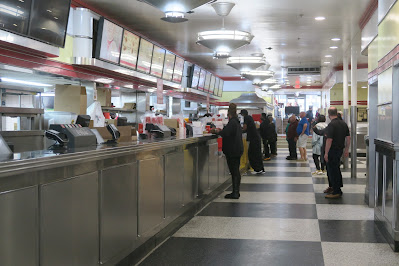 There are a bunch of dining rooms at the Varsity, each with a TV tuned to a particular station. 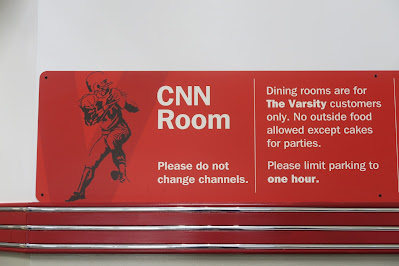 They are most famous for their hot dogs, rings, fried pies, and FO (Frosted Orange), so that's what we got. It was tasty. 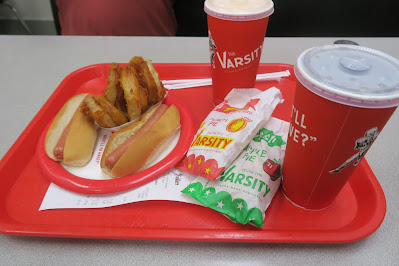 After getting situated at our hotel, we strolled over to the 22-acre Centennial Olympic Park. 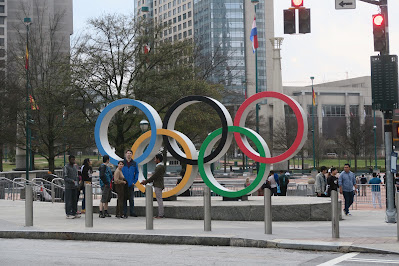 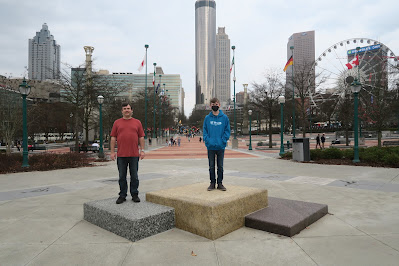 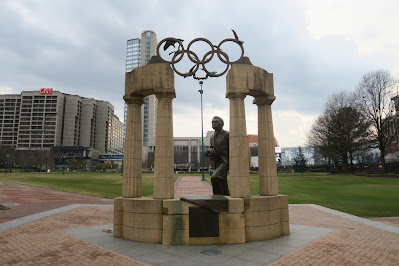 We stayed until sunset, although we would be back first thing in the morning (New Year's Day). I'll tell you all about that tomorrow.
Email ThisBlogThis!Share to TwitterShare to FacebookShare to Pinterest
Labels: Alabama, Georgia, Steve, Trevor, US Travel