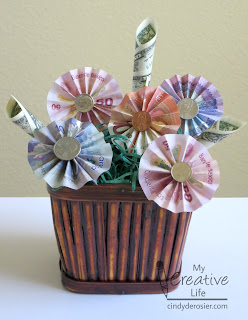 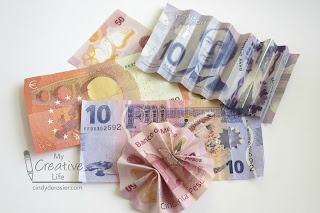 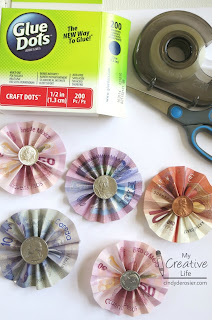 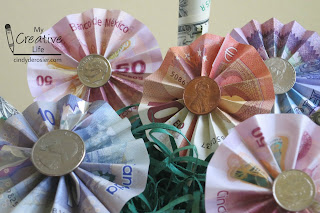 In the end, I'm very happy with how it turned out, even if it did take Timothy 15 minutes to remove all the Glue Dots from just a handful of bills. If I ever make this same project, I'm going to ask the folks at the bank for colorful, paper-based currency... no plastic money. That would make it a heck of a lot easier.
Email ThisBlogThis!Share to TwitterShare to FacebookShare to Pinterest
Labels: Crafts for Kids, Gifts