As I mentioned before, I'm now teaching hands-on social studies in Trevor's fifth grade class every week. I'm sharing the best of the history-based cooking projects, crafts, music, and more that I did with my own fifth grade students back in the day. It's been awesome!

Last week, we studied the Native Americans of the Southwest. We looked at Acoma pottery, listened to Tewa music, and learned to make Hopi Boiled Corn Cakes. 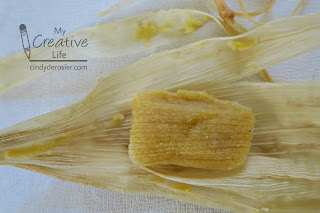 Soak the corn husks in hot water until they are soft and pliable. Meanwhile, put cornmeal in a bowl. While stirring, gradually add most of the cup of boiling water. Stir in the honey and the salt. The mixture should be thick enough to hold its shape, but should not be dry or crumbly. Add the remaining boiling water if needed to bring it to the right consistency. 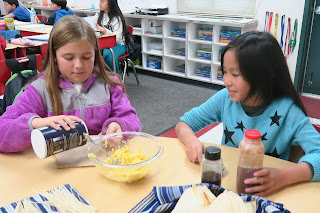 Drain the corn husks. Set out 12 husks. Put an even amount cornmeal mixture in the center of each husk. Fold each husk around the cornmeal. Shred the remaining husks into strips and use them to tie the parcels. 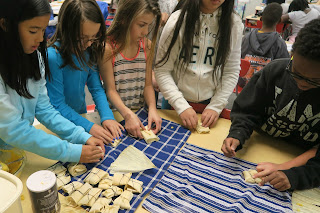 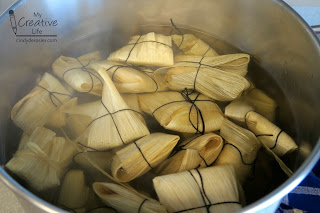 Let them cool for a minute or two, then unwrap. 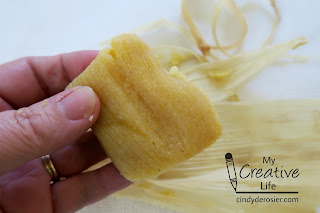 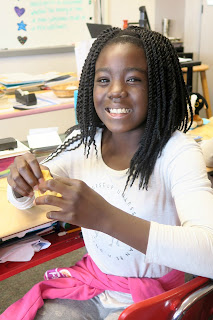 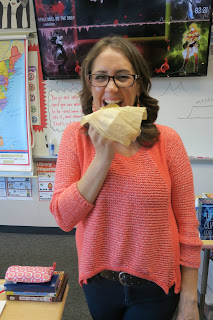