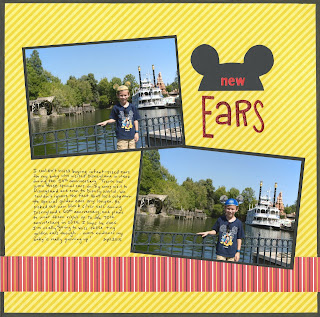 I'm keeping those special golden ears. Perhaps someday I'll be able to give them to Trevor's child to wear and make wonderful memories.
Email ThisBlogThis!Share to TwitterShare to FacebookShare to Pinterest
Labels: Disney, Layouts