A week ago today, I left home at 8:30 am to meet up with my friend Jennifer, who went with me to Pinners Conference in Ontario, California. (We were supposed to have a third friend with us, but Sheena had to cancel following an injury. Fortunately, she is improving every day.) The drive is around 430 miles and obviously took us the better part of Thursday. 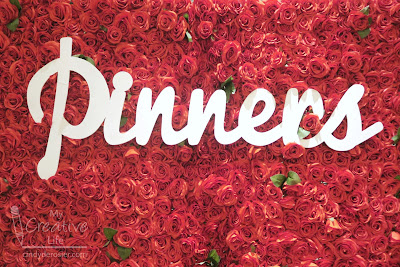 The drive was easy (says the person who wasn't driving - thanks, Jennifer!) and we made great time. We didn't stop for food, so we were both famished by the time we were approaching our hotel. We decided to head directly to Vince's Spaghetti, which has been at the same location since 1945. I'd seen great reviews, then when I contacted the Convention and Visitors Bureau and they recommended it, I knew we'd have a great meal. 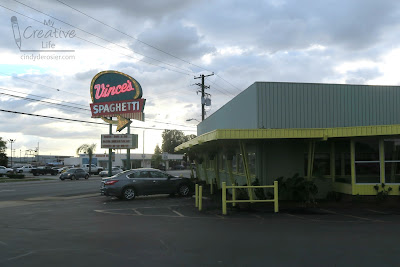 We arrived right at 4:00 pm when they open and there was already a sizable line to get in. Vince's did not disappoint. If you go, know that portion sizes are huge. Jennifer and I split a half-order of mostaccioli in their famous tomato sauce. (Yes, we split a HALF order. That's my portion below.) It came with two large slices of cheesy garlic bread, salad, and soup, all delicious. There was barely room for us to try their desserts, but we somehow managed to find the space. Yum! 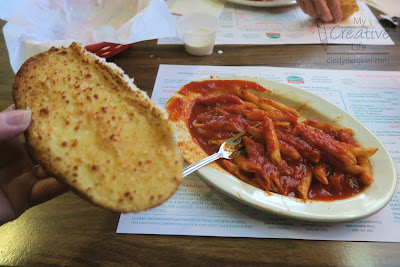 Our next stop was our home for the next three nights, the Residence Inn. 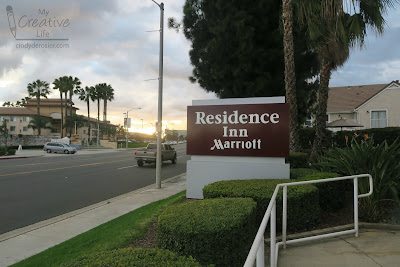 We'd chosen it when we thought there would be three of us, so it was more than ample for Jennifer and me. She and I had planned to share a room, but we each ended up with our own bedroom and bathroom! 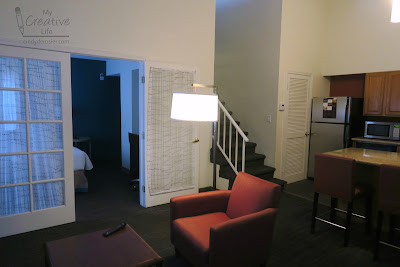 The Residence Inn is right across the street from the Ontario Convention Center, where Pinners Conference was taking place. 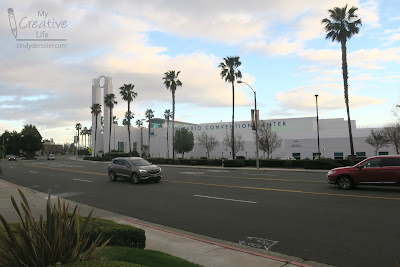 We got unpacked, then walked to a different hotel where the VIP Party was taking place. I was invited to attend since I was a presenter. Instructors at Pinners Conference are not paid; the only money we make is from selling class kits (which I did not do), successfully promoting a coupon code, and referring other presenters. In addition to attending the VIP Party, there are a few others perks for instructors, including passes to attend as many classes as you want. 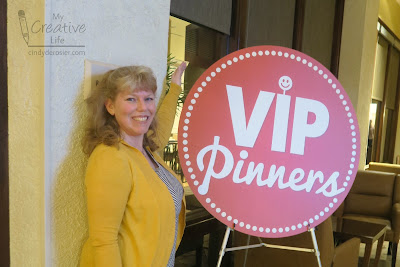 When we got to the VIP check-in, we waited in a huge line to get our swag bags and t-shirts. 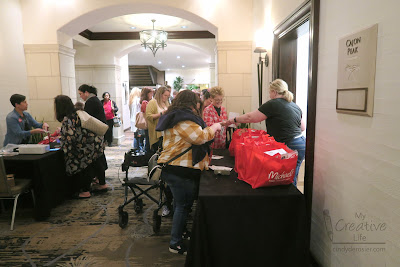 Then we headed into the party. It was held in a large ballroom with tables along the walls for make-and-takes. There was a stage with chairs at one end. Near that was a bar and food. 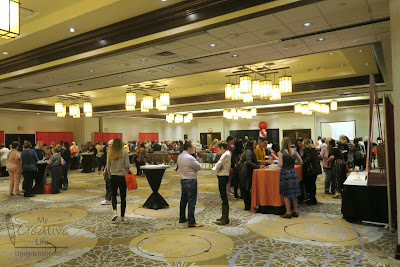 Jennifer and I jumped into doing make-and-takes. I believe there were eight total. Two were jewelry making... 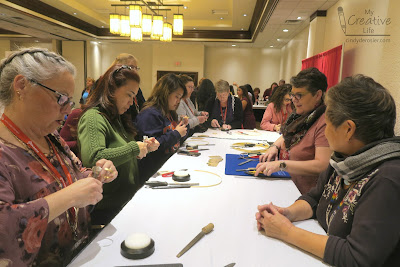 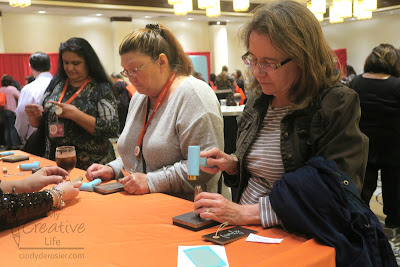 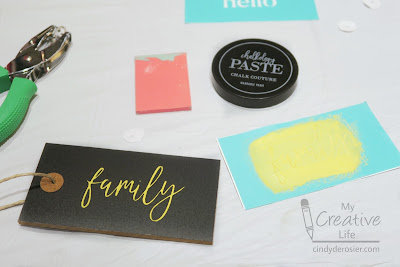 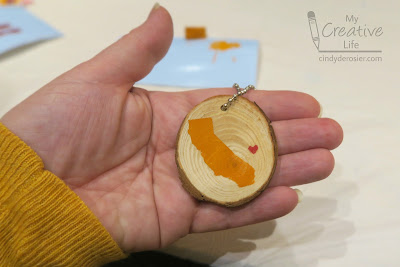 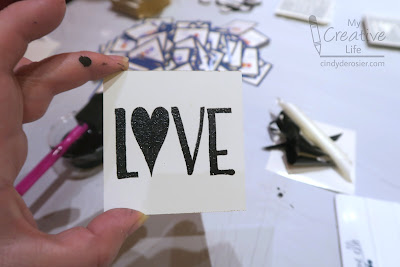 ... and the other two were an embroidery hoop project and a succulent in a mini jar. They were all fun, most designed to be very fast beginner-level projects, which worked well considering the crowds. 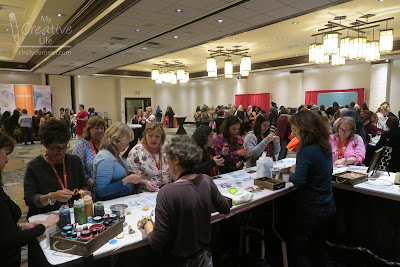 Speaking of crowds, we learned the hard way that the first thing to do when you arrive is to stake out a chair. There were fewer than half the number of chairs as there were people. The chairs that didn't have people in them had jackets and totes reserving the spots. We had to carry around our wet painted projects and sat on the floor with our food and drinks. 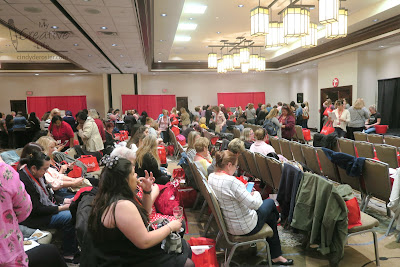 The last portion of the evening was a raffle. There were a lot of prizes (maybe 30?), but neither of us won. That's OK though. Look at all the goodies that were in the swag bag! 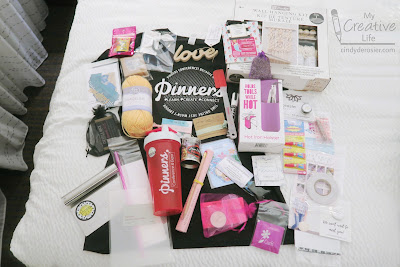 The VIP Party was a lot of fun, but after the long day we'd had, we were both ready to collapse and hopefully get a good night's sleep before my presentation the next day. 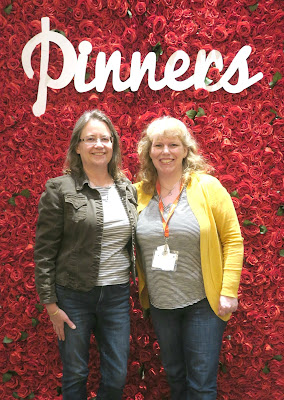 I'll tell you all about it tomorrow!
Email ThisBlogThis!Share to TwitterShare to FacebookShare to Pinterest
Labels: California, Jennifer, Pinners Conference, US Travel