A significant portion of the crafts I do start with, "I wonder what happens if...." In this case, I was wondering what would happen if:
I started my experiment by piping flood consistency royal icing into this silicone mold (affiliate link here and below). I tried to force out air bubbles by dropping the mold onto the counter the way I do with Candy Melts, but it didn't seem to do anything. So I used a scribe tool to poke into each area, in hopes that I'd force royal icing into all the corners if it wasn't there already. I piped the remaining royal icing into random blobs onto parchment paper and let everything dry completely. 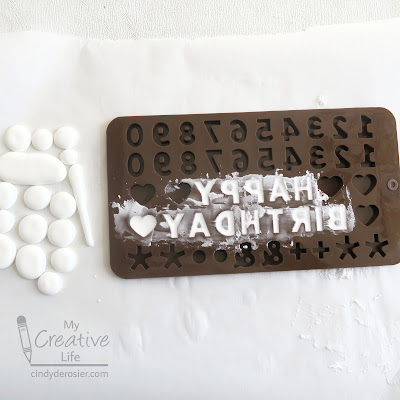 Time for the unmolding! While the pieces came out easily and didn't break, there were pits and flaws on every piece. There was extra icing on most of the interior sections of the letters, as well as at the tops of each H. I'm calling this a fail.

Moving on, I mixed gel food dye and vodka in a small paint palette. I made red, yellow, blue, and green, then put plain vodka into a fifth well to use as rinse water. (Rinse vodka?) I was pleased with the color intensity and how well the colors blended. I was surprised by how quickly the rinse vodka got dirty and how that color transferred back to the original colors.
I began my first experiments with applying the vodka paint to the royal icing pieces using a very fine paintbrush. The paint stuck well, dried quickly, and remained vivid and bright. I could layer colors, though blending on the royal icing didn't work. The royal icing pieces didn't dissolve immediately, but if I left my brush in place for longer than a second, it would make a pit where the icing started to dissolve. 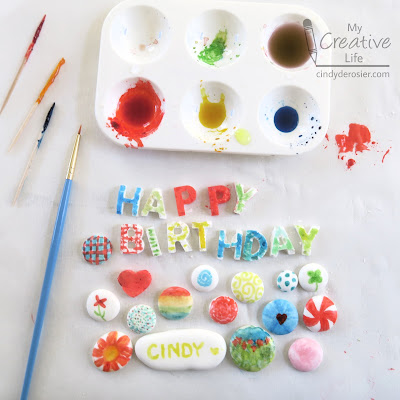 Time for my final experiment. I dropped a letter P into the red vodka paint, then fished it out immediately. But immediately wasn't fast enough. While I got great coverage with this method, that much liquid made it start to melt way immediately. Good to know. Here's a closer look at the two P's next to each other. I painted the one on the left and submerged the one on the right. 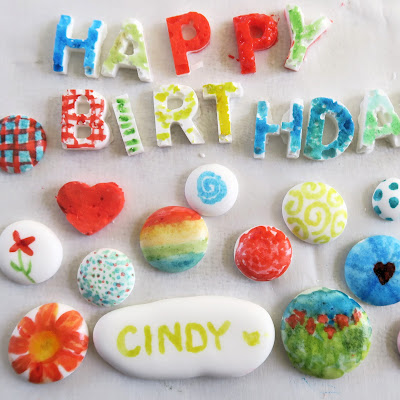 This was a fun experiment and I learned a lot. I'm planning to do some research and then will test out some other techniques. I'll let you know if I learn anything interesting!