Pantone Color of the Year 2023

Last year, Pantone didn't reveal their 2022 Color of the Year until December 9, so I was caught off guard when the 2023 COTY was announced today, December 1. Say hello to Viva Magenta, "an unconventional shade for an unconventional time." 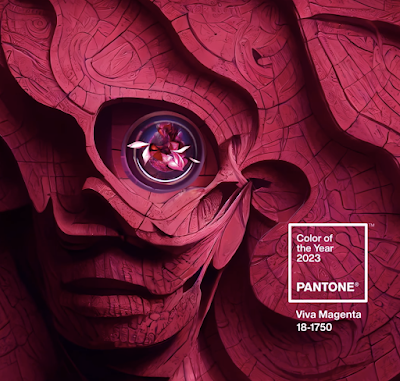 Among other things, it's described as "a pulsating color whose exuberance promotes a joyous and optimistic celebration... self-expression without restraint... audacious, full of wit and inclusive of all."

Pantone also announced a partnership with Motorola, who debuted the Edge 30 Fusion in Viva Magenta. They encourage everyone to "Explore the Magentaverse." 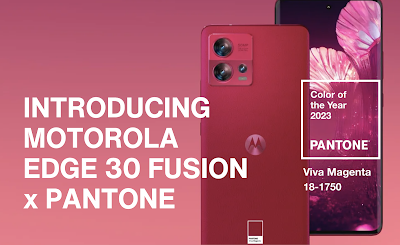 My thoughts on Viva Magenta? Meh. Don't love it, don't hate it. We haven't had a red since 2007's Chili Pepper, so we're due. Frankly, as long as they don't repeat the 2016 and 2021 nonsense a third time, I won't complain no matter what the color is.
What are your thoughts about Viva Magenta? Let me know in the comments.
Email ThisBlogThis!Share to TwitterShare to FacebookShare to Pinterest
Labels: Pantone