How to Draw Santa, Inspired by Picasso

Today's project is the fourth in my series based on crowd-sourced responses to ten questions. For this one, I asked my friends to name a famous artist. The top answers were Van Gogh, Monet, and Picasso. We already have 10 kid-friendly crafts inspired by Van Gogh at Fun Family Crafts, but only one each that is Picasso-inspired and Monet-inspired. I chose Picasso and put a fun holiday twist on it. 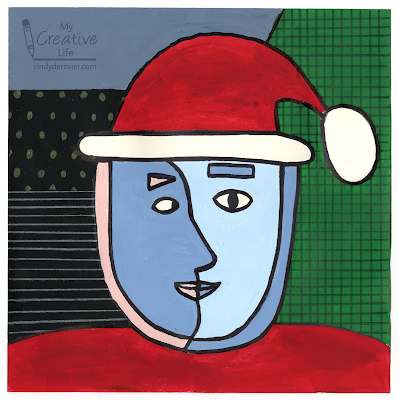 Lightly draw a U with a pencil in the center of the paper. On the left side of the U, draw a side view of a person looking to the right. Trace over your drawing with a Sharpie. 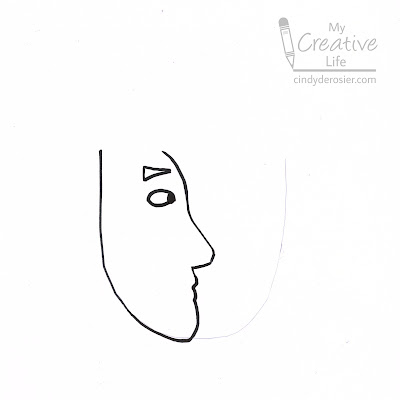 On the right side of the U, draw a face that is looking forward. Trace it with Sharpie. 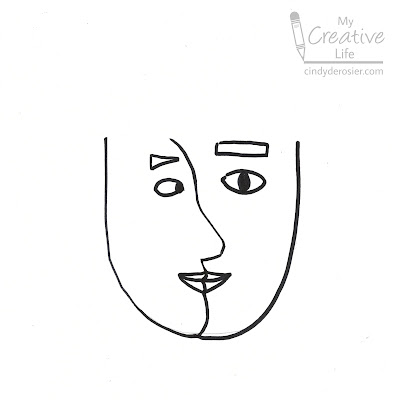 Draw a second U just outside the border of the first U. This is Santa's beard. Then add the trim of his hat on top of his head. Draw the hat and the pom pom. Finally, give Santa some shoulders. I forgot to scan my paper at this point, but I think you'll be able to get the gist from the completed picture.

Now, paint. I started with the face, choosing two cool blues and a pale pink. Then I painted the red hat and suit. Then I painted three swaths of color in the background: green on the right, a blue-grey on the top, and black on the left.
When all the paint was dry, I traced over the black lines with a Sharpie, then used colored pencil to add the grid on the green and the lines and dots on the black.
It's a very simplified interpretation of Picasso's style. It's also a simplified version of Santa! I thought about including his mustache and making his beard shaggier, but after looking at a lot of Picasso's work, neither fit the style. Since the prompt was Picasso and not Santa, I went with the less hairy version of St. Nick. I like it.
Email ThisBlogThis!Share to TwitterShare to FacebookShare to Pinterest
Labels: Christmas, Crafts for Kids, Folk Art, paint, Picasso, Santa