A Look Back at Halloweens Past

I love Halloween.  I'm fairly certain that I have dressed up for Halloween every single year of my life.  Other than Christmas, it's my favorite holiday.

In 2006 for Trevor's first Halloween, I got it in my head that the three of us needed to coordinate our costumes.  Trevor had an adorable hand-me-down Santa suit that probably wouldn't fit by the time Christmas rolled around, so I decided it would be his Halloween costume.  I was an elf and Steve was a reindeer.

In 2007, Trevor had a hand-me-down Mickey suit that was so cute.  Short on ideas and time, Steve and I dressed like over-the-top Disneyland tourists with mouse ears, trading pins, shopping bags, cameras, etc.

In 2008, Trevor had another hand-me-down costume.  This time, it was a tiger.  Steve and I dressed like black cats. 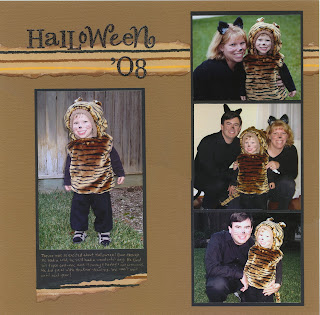 I did not have a hand-me-down costume for Trevor in 2009, and at age 3, he now had strong opinions about what he wanted to be.  When he announced he was going to be a blue crayon for Halloween, I had a moment of panic.  I sketched up some ideas, but I knew that my virtually non-existent sewing skills would not be adequate.

Fast forward a week.  I won a sewing lesson out of the blue from Gailen Runge at C&T Publishing.  I couldn't believe it.  The timing was absolutely perfect.  Gailen taught me the skills to make a pretty awesome crayon costume. 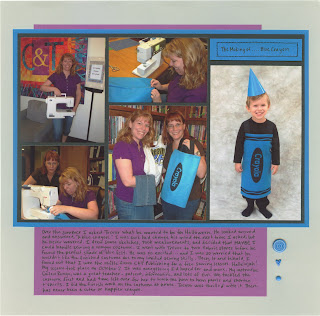 Of course, Steve and I dressed as crayons too. 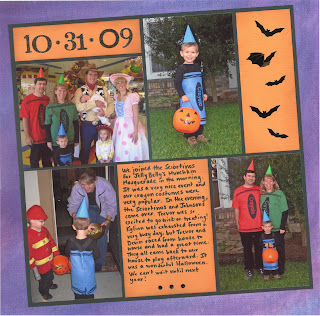 In March 2010, a wasp got stuck in Trevor's shirt and stung him three times.  The next day, he announced that he was going to be a bee for Halloween.  I expected him to change his mind several times between March and October, but he didn't.  He was firm: bee costumes for all of us.  I altered and then painted some yellow shirts. 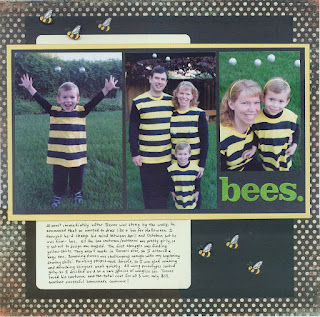 So what's the plan for 2011?  Well, first Trevor announced that he wanted to be money.  Specifically, a nickel.  An hour later he told me that he had changed his mind and he wants to be a knight.  He assures me that he will not be changing his mind again.

I asked him what costumes Daddy and Mommy should wear.  He's decided that Daddy should be a blue and green dragon and Mommy should be "the girl with the pink cone on her head."  I have some major concerns about my ability to make these costumes, but I look forward to trying.