How to Draw a Bison

What do you call this animal? 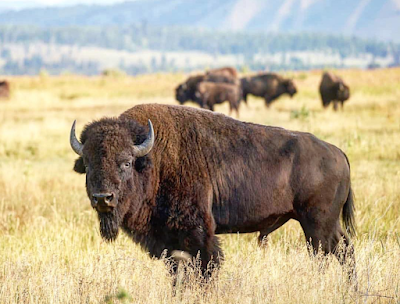 Source
Most of the time, I call it a buffalo. I'm trying to get into the habit of calling it a bison. The American Bison, while commonly called a buffalo, is not technically a buffalo.
This is a buffalo. 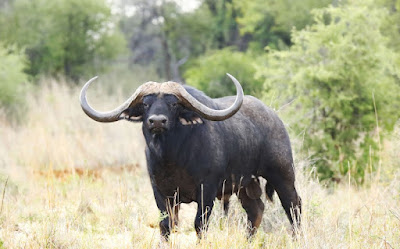 Source
The American Bison is the national mammal of the United States, as well as the state animal of Kansas, Oklahoma, and Wyoming. Bison nearly went extinct in the late 1800's following hunting (and slaughter) by settlers during the Westward Expansion. Fortunately, recovery efforts have brought the wild bison population up to around 31,000 individuals.
I had a bison craft in mind, but I needed to make myself a template first. As I was drawing my bison, I realized I should share the steps I took in the form of a tutorial. As always, I drew in Sharpie for the tutorial so that the photos would show up well. There are several places where you'll need to erase foundation lines, so you should sketch lightly in pencil.

How to Draw a Bison

Start by drawing the bison's body in the center of the paper. That's its hump on the upper right. 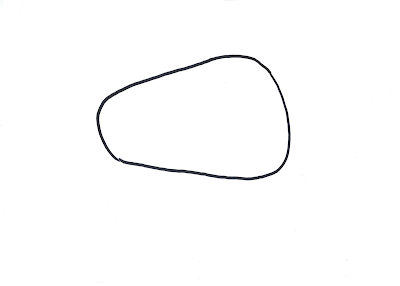 Add the bison's head. It is positioned slightly lower than the hump and is basically teardrop-shaped. Draw horns and a beard. 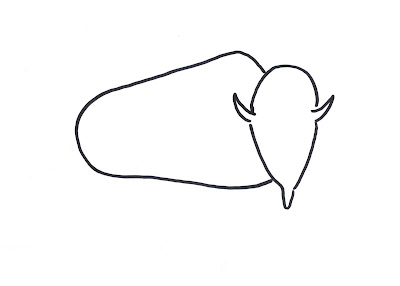 Now draw the legs in the foreground. The front leg is quite shaggy, so give it some extra width. 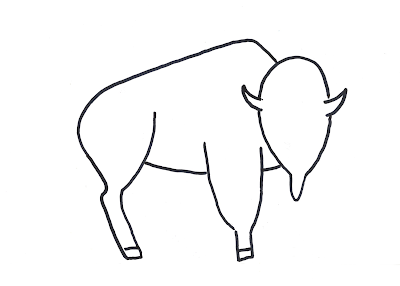 Draw the other two legs, then add a tail, eyes, and a nose. 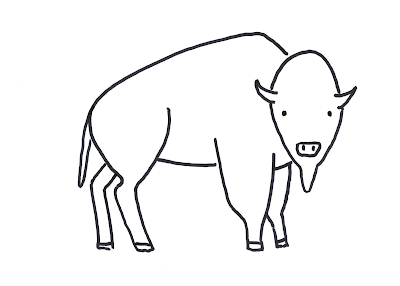 Tomorrow I'll show you what I did with my bison template.