When Lead Fiskateer Rebecca asked who would be willing to complete a secret mission and earn "double 0" status, I couldn't volunteer fast enough!  She mailed me two Jenni Bowlin Limited Edition punches: the Jester border punch and Jenni's Butterfly punch.  I was instructed to create whatever I wanted, but to keep it all top-secret.

I started with the Jenni's Butterfly punch.  I decided to make a "thanks for all you do" card.  I wanted the butterflies to pop off the card as if they were flying.  I used chalk to create a sky background (which I described here), added some clouds (another great Fiskars punch) and then punched three butterflies from scraps of patterned paper.  I used a pen to add the trails to show movement, then stamped the sentiment.  I love how the card turned out! 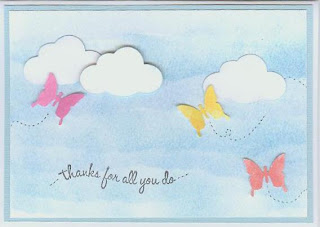 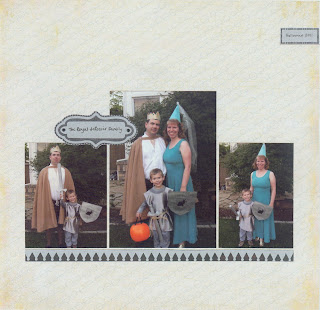 My final project was a "40" card using the Jester border punch again.  I've had a crown-shaped canvas accent for a long time and couldn't figure out how to use it.  The Jester border punch made a perfect background for it.  As you know, I'm celebrating my 40th birthday in March.  One of my high school friends will be getting this card later in the year when she hits 40! 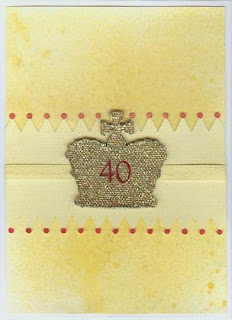 I am so excited to have joined the elite Fiskateer ranks and earned my "double O" status!