One year ago, I shared the layout I'd made of Trevor being honored as a member of the Hundred Grand Club at school. At the end of that post, I said:


"Trevor fell just short of 1,000,000 words during first grade, so that's his goal for second grade. Hopefully this time next year, I can share a layout with pictures from the Million Word Club assembly!"

And happily, I can! Trevor didn't just meet his goal of reading 1,000,000 words during second grade; he finished the year with over 2,000,000 words! That's a big accomplishment for a second grader and I'm very proud of his hard work. 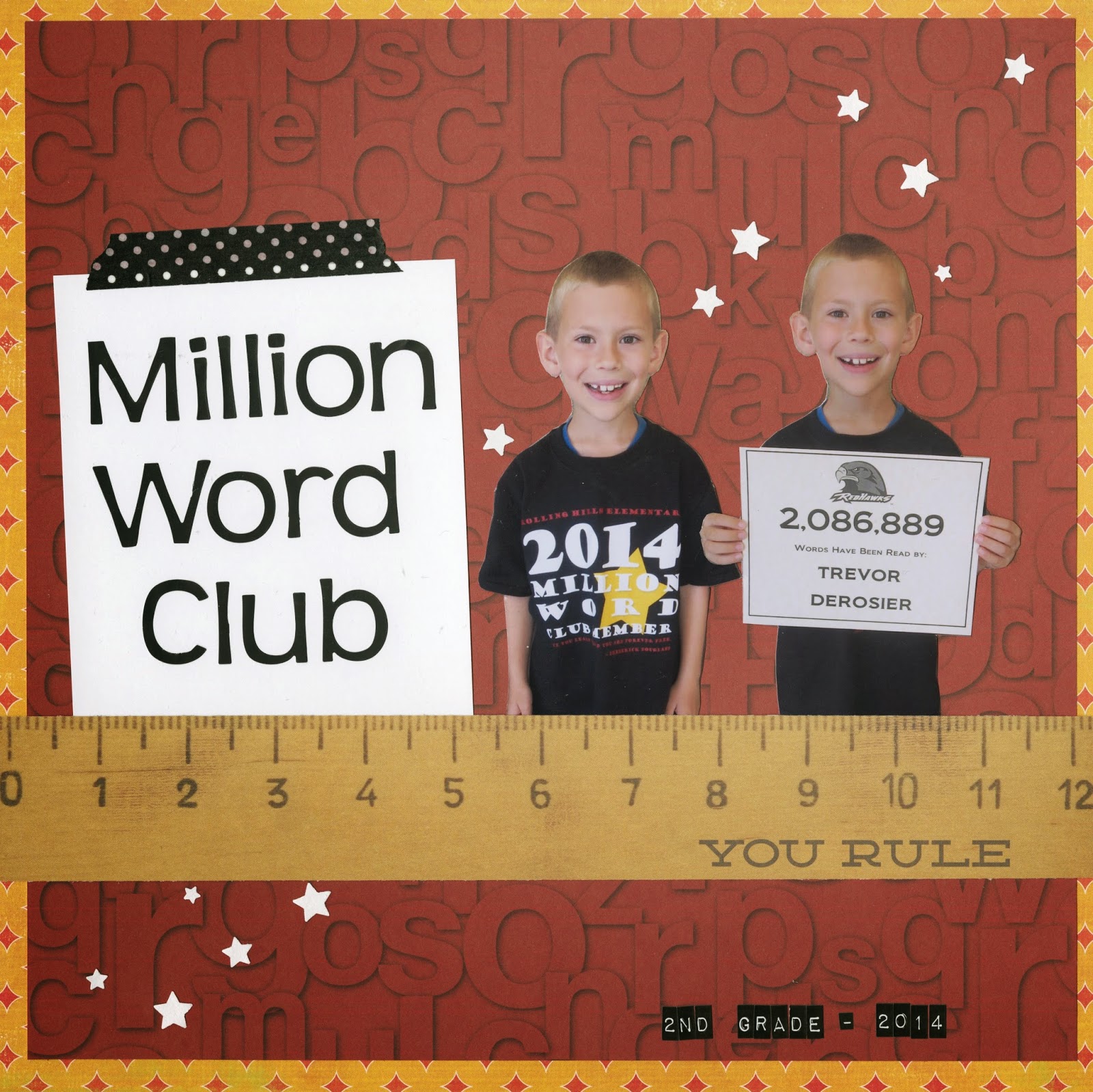 Trevor has set his aim high for third grade. His primary goal is to have his name printed in the 2 million section on the back of the t-shirt. This past year, he was around 1,980,000 when they announced the cut-off for names going on the t-shirt, so his name was listed in the 1 million section (even though he did make 2 million by the end of the year, as indicated on his certificate). He's hoping to finish the year with 3 million. I have no doubt he'll make the Million Word Club (he made the Hundred Grand Club in the first three weeks of school), but 3 million is a lot. While I support him in that goal, my hope is that he continues to love reading as much as he does now and goes on to be a lifelong reader. He's definitely on the right track.
Email ThisBlogThis!Share to TwitterShare to FacebookShare to Pinterest
Labels: Layouts