Trevor, like just about all third graders, is working on learning multiplication and division facts. We've done some flash cards and computer games and he's getting faster and faster, but still has a way to go before the facts are automatic. He does not like practicing them. I thought he'd prefer a math game I used to teach to my students back in the day. I was right. He loves it.

Tic-Tac-Toe Dice is for 2-4 players. You need a different colored pencil for each person, a 0-99 hundreds chart, and three dice. 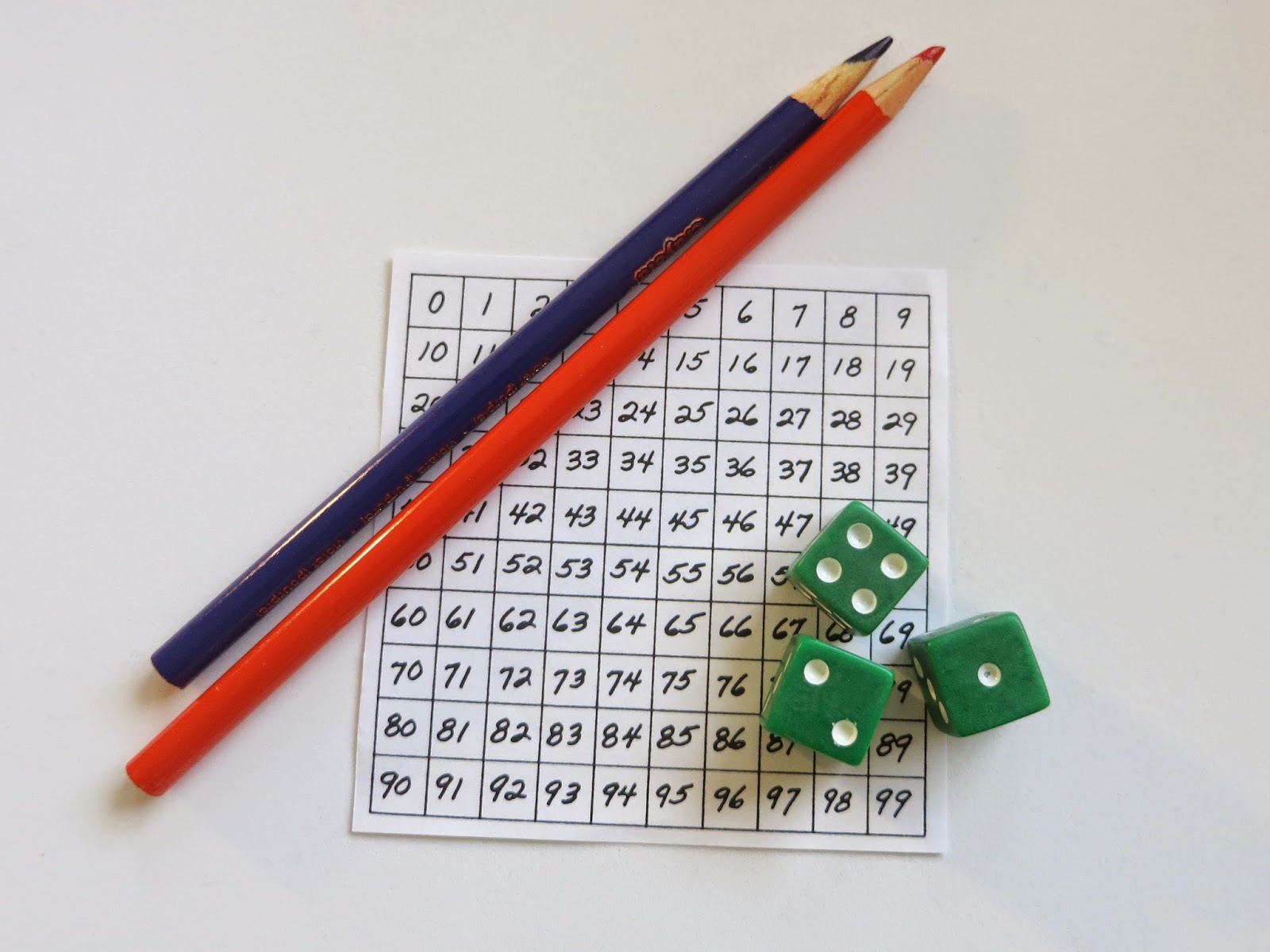 Player 1 starts by rolling the dice. He must add, subtract, multiply or divide all three digits to reach a number between 0 and 99, stating the equation(s) out loud. For example, if a player rolled the 4-2-1 shown above, he could do (2+1)x4 to get 12. He would then color in 12 on the chart. Play passes back and forth between the players until someone gets five in a row. There's a lot of strategy involved in what numbers you pick. It can be just as important to block your opponent as to go for your own tic-tac-toe.

Here's a game in progress. I'm red and Trevor is blue. 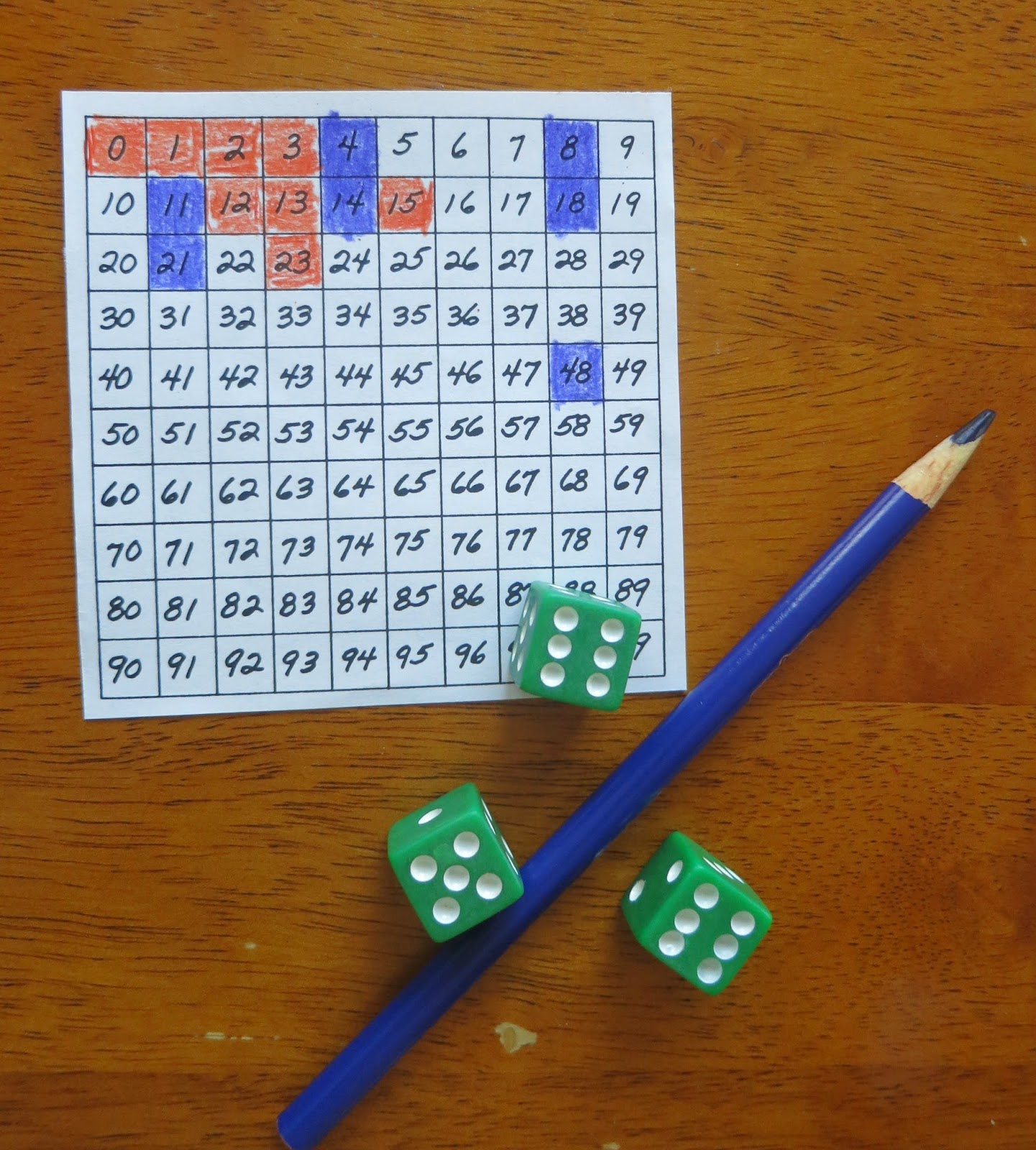 He rolled 5-6-6. He started with 5+6+6 and got 17, which he rejected as not especially useful for either offensive or defensive purposes. He tried (5x6)+6 and got 36, which he announced was a 'maybe' because it was diagonally in line with two of his existing squares. He tried (6x6)-5 and got 31, which he strongly considered. He kept going and tried (6-6)+5 and got 5. He tried a few more options and eventually went back to 31 and colored that in.

Guess who won the very first game we played? Yep. Trevor. He's using his pencil to show where he has 5 in a row (4 through 8). 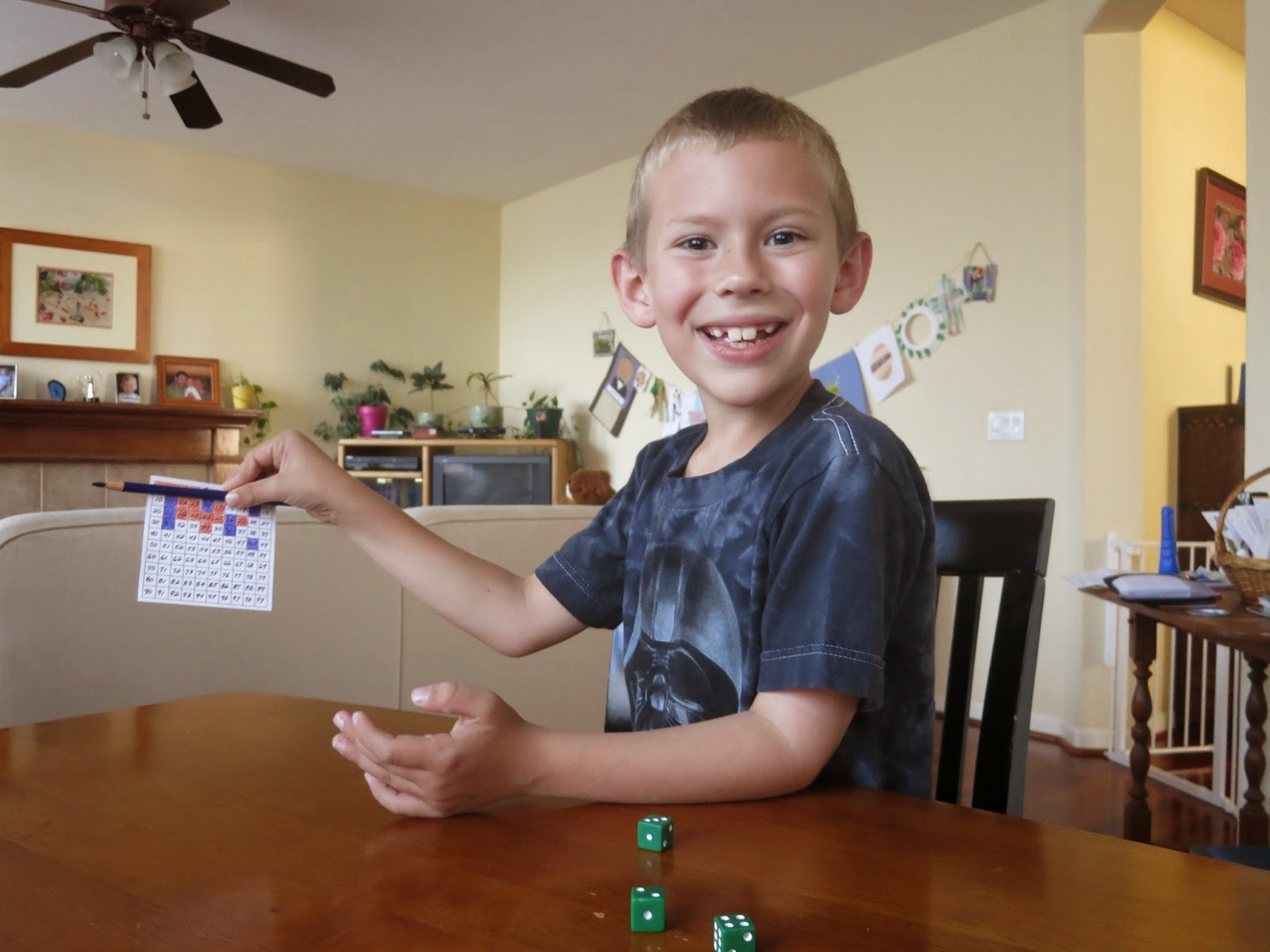 I don't get smiles like this from flash cards, that's for sure.

One particularly awesome thing about this game is that you can adapt it to allow more difficult operations, like exponents. You can also add a fourth die to increase the difficulty. That really gets the brain working!

In my book, there's nothing better than combining learning with fun.
Email ThisBlogThis!Share to TwitterShare to FacebookShare to Pinterest
Labels: My Teaching Days