In the past week, three different people have asked me about 3-D printing pens and I wasn't able to answer their questions. I'm embarrassed to say that Steve surprised me with one (the 3Doodler) when it was still a Kickstarter and I left it unopened for a year. I'm not a gadgets person and I couldn't think of anything to make with it, so I just kept moving the box around my desk, unburying it occasionally, and still not thinking of anything I wanted to make. Prompted by friends' questions about it, I finally made it a priority to open the box and play with it. Trevor (and Steve) were thrilled.

My 3Doodler came with the tool and three packets of ABS plastic rods. 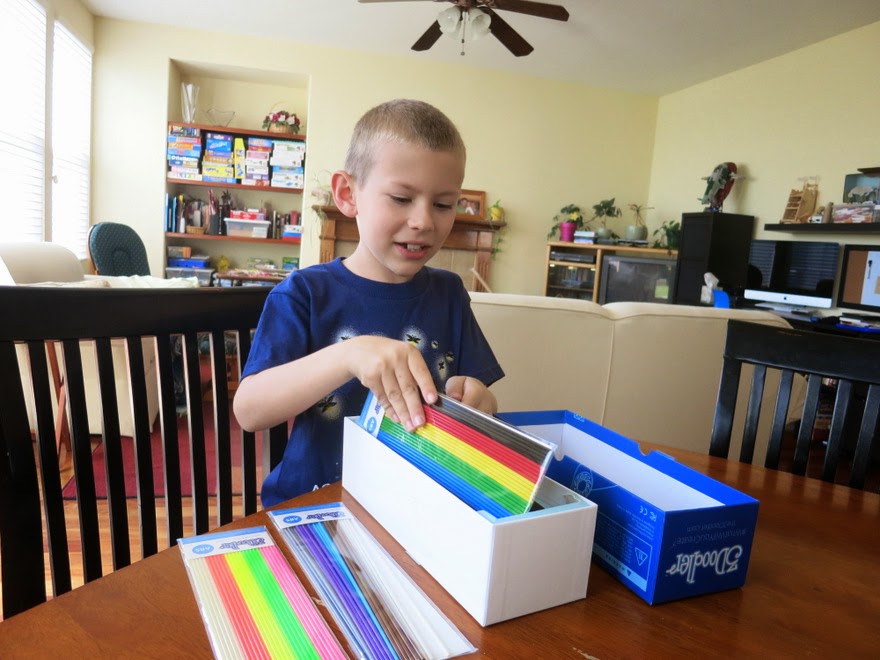 I read the directions carefully, then plugged in the 3Doodler and got ready to create. It did not go well. I got frustrated quickly and was very turned off by the horrid smell. My arthritic hand hurt after only a few minutes of effort. The machine kept pausing to reheat, interrupting my drawing. I didn't expect it to be so loud - it sounded like an electric pencil sharpener. The button got stuck on almost every time I touched it. After about 20 minutes, the only thing I'd made that was remotely acceptable (barely) was my name: 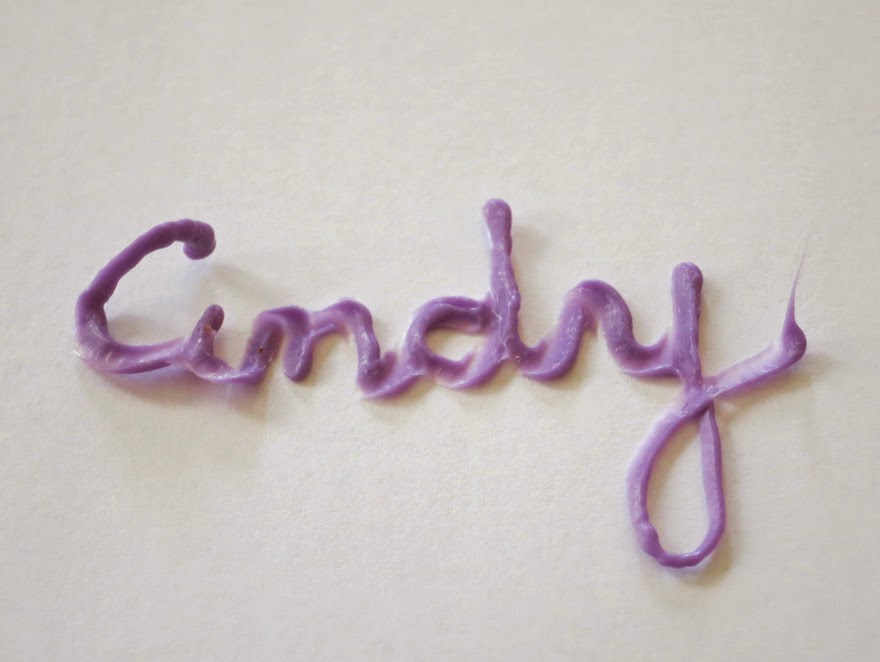 I passed the 3Doodler over to Trevor. He didn't have nearly the difficulty I did. It wasn't easy for him, but he didn't get frustrated and kept at it long after I had quit. While he was experimenting, I checked the website for their FAQs. I learned that some people are sensitive to the smell of ABS (me, apparently) while others are not (Steve and Trevor). There was a lot of other helpful information that I wish I'd read before getting started. Too bad it wasn't included in the instruction book or on the packaging. In addition to tips, the website has some cool templates. Trevor and Steve worked together to make this dodecahedron. 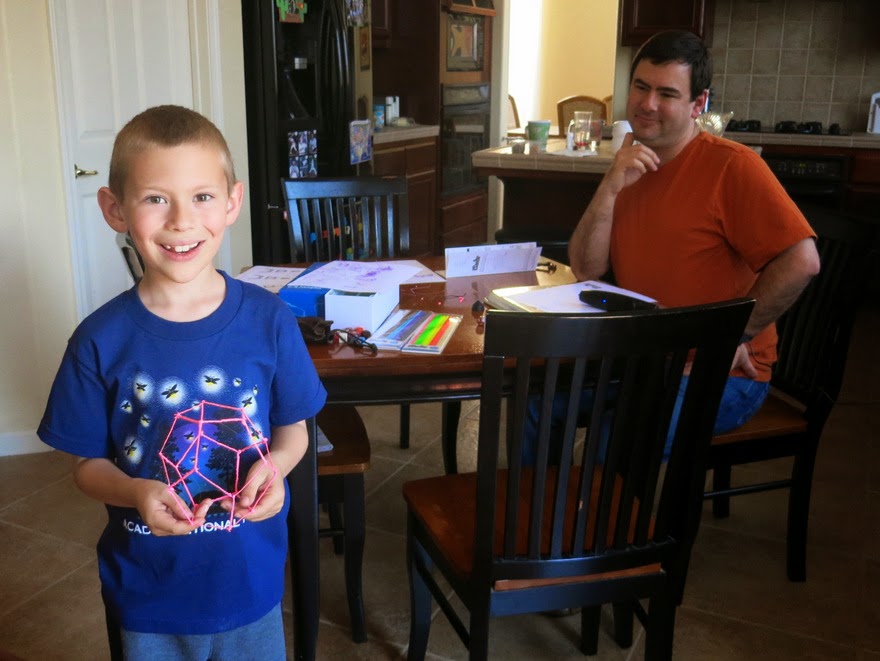 Then, they made the Eiffel Tower, also using templates. 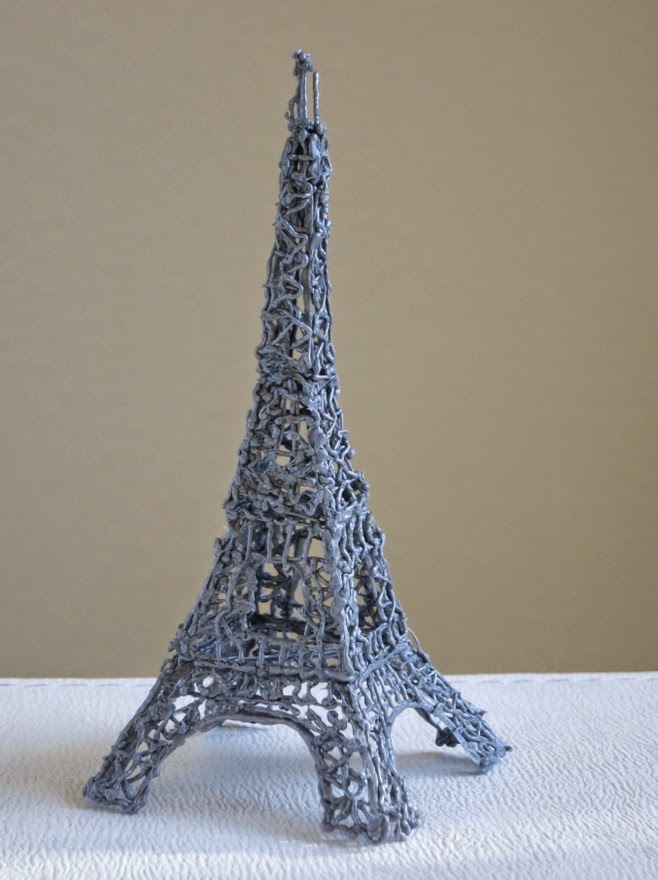 I'm impressed! I'm excited to see what they'll be making next. Trevor has all sorts of plans to create many of the world's most famous structures.

Steve and Trevor each give the 3Doodler two thumbs up. I should try it again before making a final verdict. Or I'll just let them continue to use it without having to share it with me!

I should mention that there is now a version 2.0 of the 3Doodler that is available for preorder. It is slimmer, quieter, and cordless. There are also some accessories available (sold separately, of course), such as a foot petal to avoid aching hands. I'm curious to see how it compares, but at $100 for just the pen itself, I won't be buying it.

Have any of you tried the 3Doodler? What do you think? If anyone local wants to try it out, you're more than welcome to come over and give it a go. Just let me know!
Posted by Cindy deRosier at 5:00 AM