Last Tuesday, Trevor's Cub Scout Pack held their Blue & Gold. The Blue & Gold is an annual banquet to celebrate the anniversary of Cub Scouting, which turned 85 this year. As part of the Blue & Gold, our Pack encourages the boys to decorate cakes, which are then auctioned to raise money for our activities. Last year, Trevor made an awesome Snake Cake. This year, he planned to make a cake inspired by the Pinewood Derby. He drew sketches, we bought ingredients, and he was ready to go. And then he got sick.

He was too sick to bake a cake Monday afternoon, as we'd planned. He felt much better on Tuesday, but not well enough to spend the necessary time to make the cake he'd planned. Instead, we decided that he could make the cake on Saturday and bring it to share with friends who had invited us for dinner.

Early Saturday, Trevor baked the cake. He did it all by himself except for putting it in the oven and taking it out, which still scares him. He is not competent at cracking eggs yet, so it was very tempting to help him with that, but I held back. Unlike the possibility of burning himself on the oven or dropping the cake pan, there's no risk involved with inept egg cracking except making a mess.

Here is the proud baker with his cake: 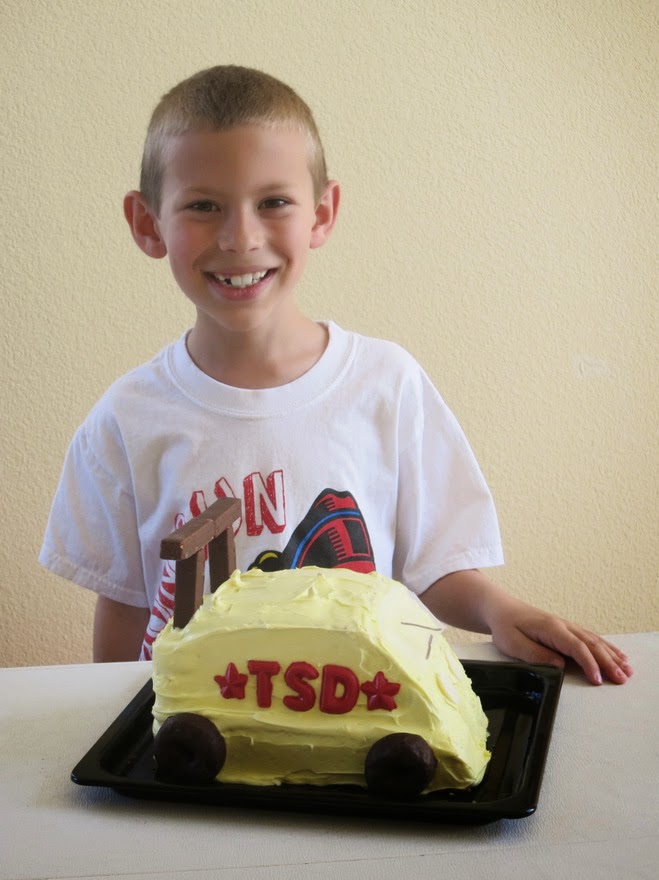 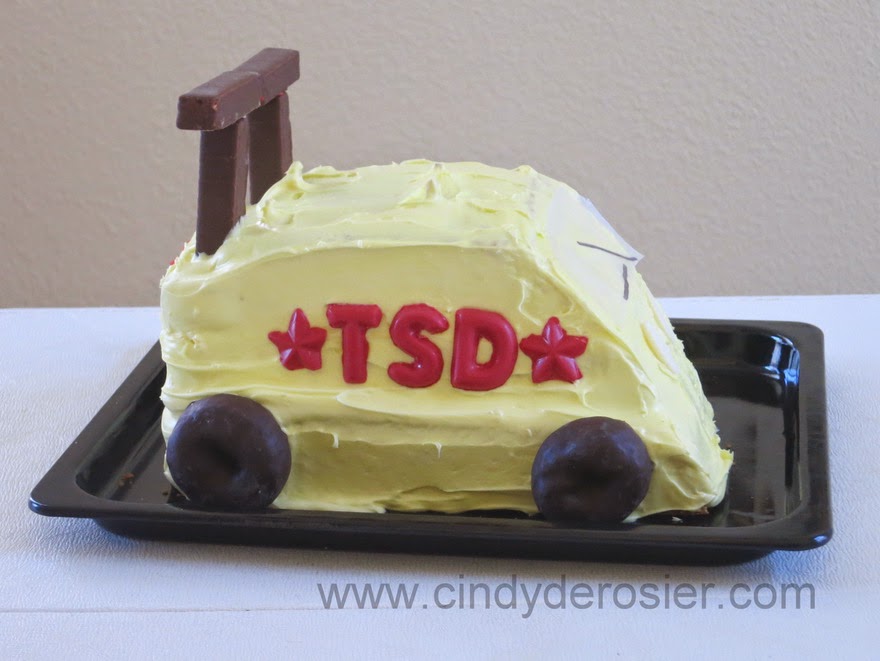 He baked the cake in a 9" x 13" pan. While it was cooling, he made the TSD (his initials) by spooning melted red Candy Melts into an alphabet mold, chilling them, and popping them out of the mold. When the cake was cool, he measured and cut it into three equal pieces. I helped him stack the layers. Then he used a long serrated knife to carve down the sloping front. I showed him how to use skewers to hold the layers in place to prevent slumping or sliding. I helped him frost it; the cut edges made a crumb coat necessary and that was very tricky for him.

He was thrilled when it was time to decorate. He started by sticking mini donuts against the car as wheels. Then he put his initials in place. For the spoiler (which he called "the T-thing"), he used four fudge wafer cookies 'glued' together with leftover Candy Melts.

Here's a rear view. You can see that he used licorice bits to make tail lights. 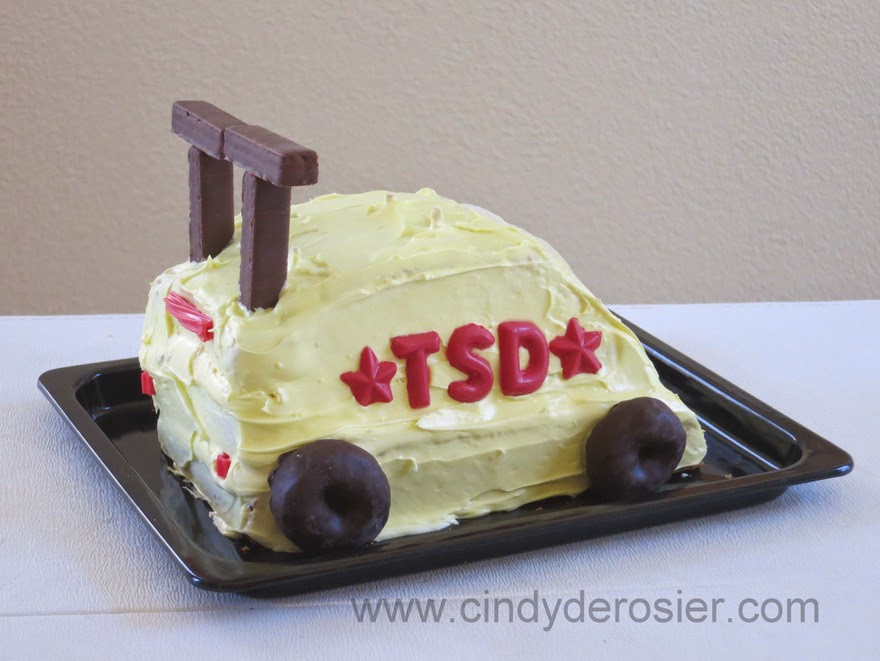 The front has two white Candy Melt headlights. It also has a waxed paper windshield with wipers drawn on. Neither of us could think of an edible way to make a windshield that was within our skill set (in other words, no sugar work or isomalt). No matter- he was very happy with it. 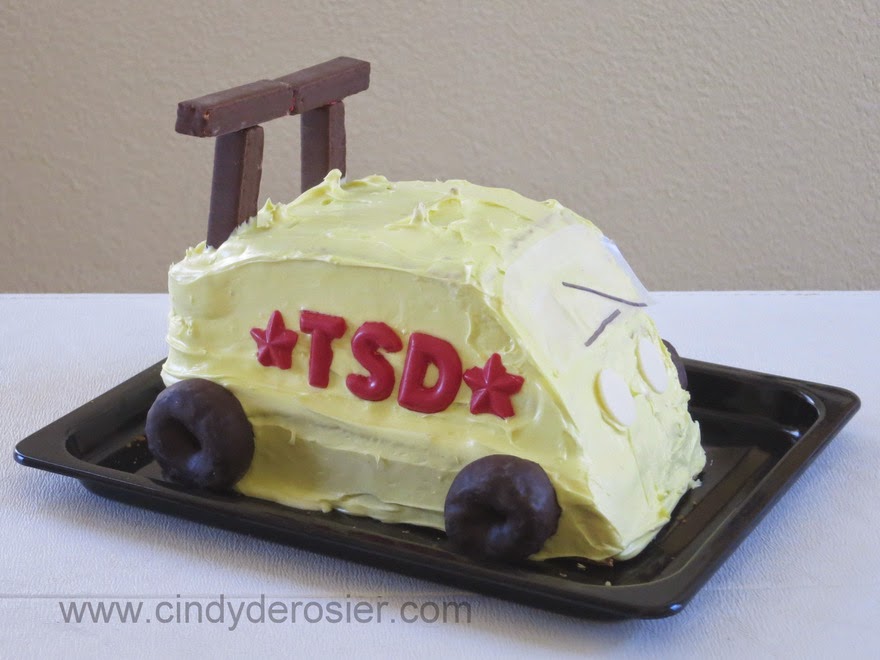 When we arrived for dinner, Trevor's friend greeted us at the door with a huge, "WOW!" Trevor was thrilled. And I'm happy to report that the cake tasted just as good as it looked.
Email ThisBlogThis!Share to TwitterShare to FacebookShare to Pinterest
Labels: Cake, Cub Scouts