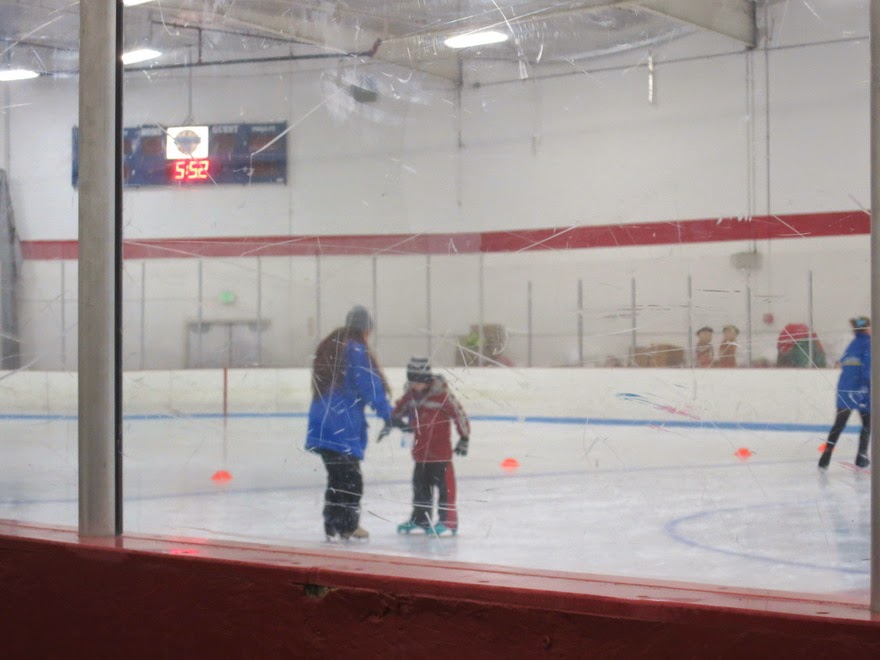 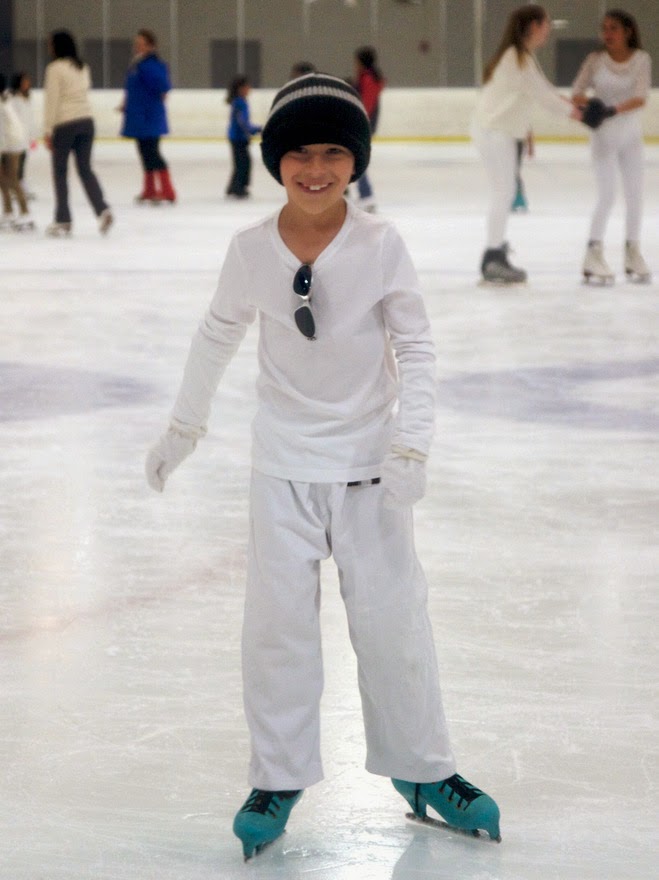 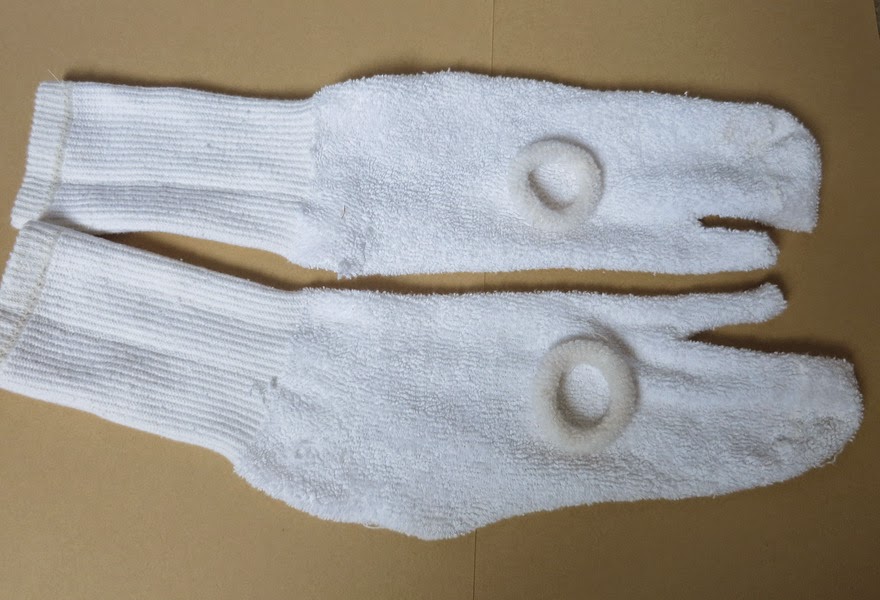 I used a pair of my white socks, put them over Trevor's hands, and marked how deep the thumbhole should be. I sewed a simple V along the mark, then used scissors to snip down the middle of the V. I turned the socks inside out and they were ready. I did a pretty bad job sewing them, but no matter. When it was time for his performance, we slid the socks all the way up his arms, put the scrunchies on his wrists to keep the socks from sliding down, then put his white shirt over them. The long socks kept his arms nice and warm under the relatively-thin shirt. Trevor was happy. I spent no money and almost no time on the costume, so I was happy too.
Email ThisBlogThis!Share to TwitterShare to FacebookShare to Pinterest