Ten Years Out of the Classroom

Ten years ago today was my last day as a classroom teacher. After eleven years teaching 4th and 5th graders at Glen Cove Elementary in Vallejo, California, I administered the final set of state tests to my 5th grade class, wished them all the best, and walked waddled (I was 9 months pregnant) out of the classroom.

I thought I would be back. I was going to take a year off to be with my baby, then return to a job share. I didn't. I couldn't stand the thought of not being the one to spend all day with my child. It's a decision I've never regretted, not once. I loved teaching and am so glad for the chance I had to make a difference in my students' lives. There isn't a single one of them who didn't help shape the teacher, the mother, and the person I am.

The same can be said about my coworkers and administrators. They helped me grow and supported me every step of the way. There are no words for how much they've meant to me. I will be seeing many of them this weekend as we celebrate the retirement of Greg Allison, my principal for all 11 years I taught.

I've been going through my files of school stuff. I didn't save much, which I deeply regret. In 11 years, I took almost no photos of my students or classroom. The few that I have are not dated or labeled. I only have a portion of the stories, drawings, and other special items students gave me. If only I'd known how much they would have meant to me just 10 years later. We're so blessed now to have digital cameras, scanners, and so many ways to record memories; how differently I would have behaved if those had been available to me when I was teaching.

While I didn't save a lot, much of what I did save are real treasures. I can't/won't share some publicly for privacy reasons, but here are a few things that made me smile: 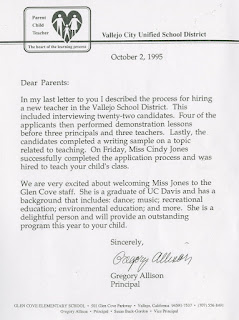 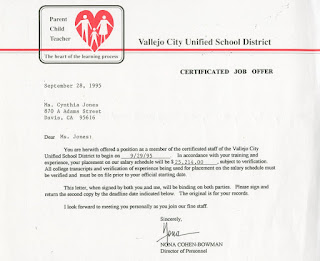 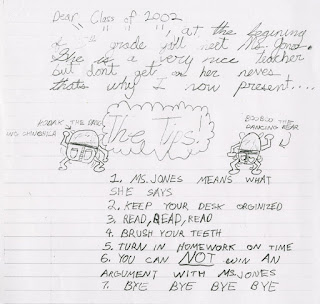 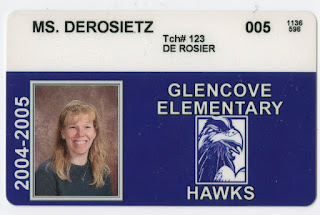 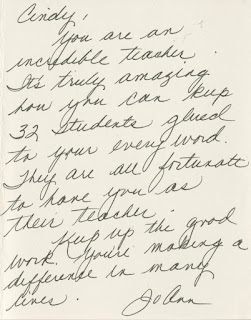 So many wonderful memories. I just wish I'd put them in a scrapbook.
Email ThisBlogThis!Share to TwitterShare to FacebookShare to Pinterest
Labels: My Teaching Days