This is the second post about our adventure through Maryland, Delaware, New Jersey, and Pennsylvania. You can find the first post here. Because I blog about educational travel, I received free admission tickets, discounts, media rates, and other benefits for some of the hotels and attractions we visited throughout the trip. Many attractions we toured are free to everyone. I paid full price for the rest. This has no bearing on my reviews. Everything I'm sharing is something that I whole-heartedly recommend. If you notice any gaps in my narrative, it is because I didn't love a particular hotel, attraction, or restaurant enough to recommend it to you, regardless of how much I paid or didn't pay.

By 9:00 am on Day 2, we were on the road from Annapolis, MD to Dover, DE. Our first destination was The Old State House. What a beautiful area! The historic area of Dover, like Annapolis, is very pedestrian-friendly, clean and safe, and clearly caters to tourists interested in history. There were docents on hand to guide visitors and explain everything. We learned so much about the early years of The First State. 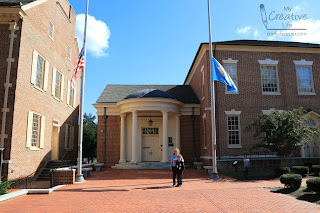 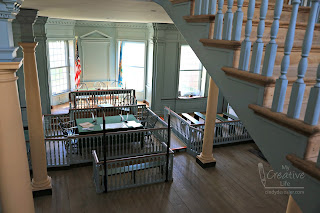 Speaking of which, Delaware is very proud of the fact that they were the first state to ratify the Constitution (December 7, 1787). Not only is it printed on their license plate, but it appears on monuments, statues, t-shirts, and pretty much everything else. 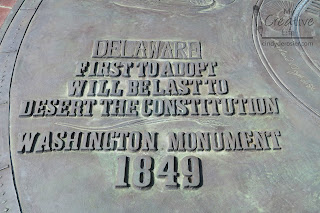 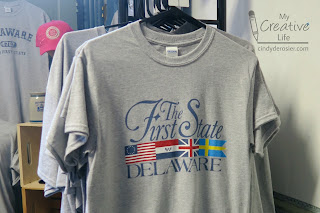 We found Delaware's Liberty Bell replica between the Old State House and the current Legislative Hall. Notice that Trevor has three large stickers on his jacket. These are the passes we had to wear while touring the Capitol in Annapolis. After we left, Trevor peeled my sticker and Steve's sticker off of our clothing and put it on his own. 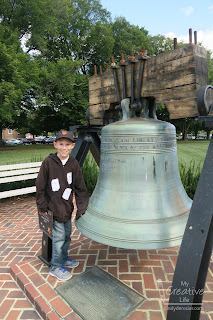 It has been very interesting to compare the levels of security between all of the various capitol buildings we've visited. We've experienced everything from airport-level ID checks and metal detectors to absolutely no checks or visible security. It's fascinating.

When we went through security in Dover, we had to show ID and each got another sticker to wear. Here's Trevor inside the Capitol with his three Maryland stickers and one Delaware sticker. 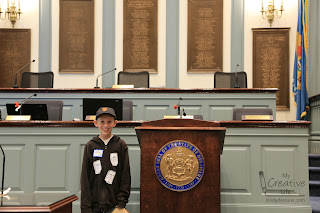 We enjoyed our visit to the Legislative Hall. Afterward, we did a little geocaching nearby and found a cache by VisitDelaware. Our first Delaware cache! (Notice that Trevor is now wearing three Maryland stickers and three Delaware stickers.) 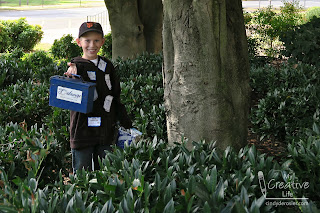 My personal Delaware highlight was meeting up with a former student of mine, Amerina, and meeting her husband and daughter. He is in the Air Force and stationed in Dover. I haven't seen Amerina since she graduated from fifth grade in 2005. She found me on Facebook a few years ago. When I told her we'd be in Dover, she enthusiastically accepted my offer to meet up and suggested lunch at Cheddar's Scratch Kitchen. The food was outstanding and it was wonderful to catch up with her. 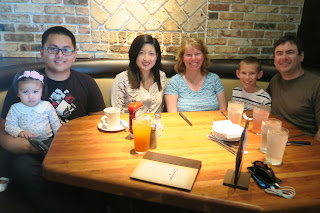 I'm still a hair taller than Amerina. I can't say that about too many of my former students! Many of them dwarfed me before they even finished fifth grade. 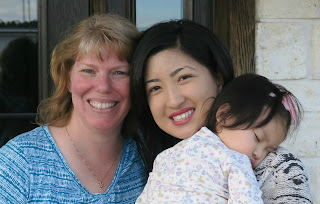 Our next stop was at the Air Mobility Command Museum at Dover Air Force Base. 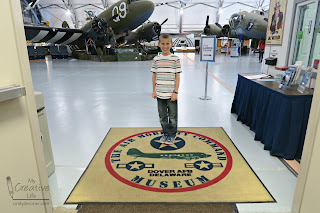 The indoor exhibit area was excellent, with plenty of opportunities for kids to climb in, on, or under. 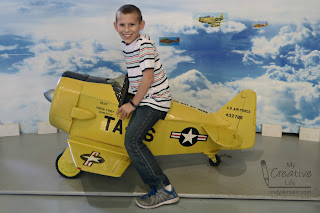 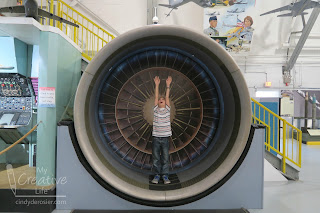 The outdoor display area was impressive. 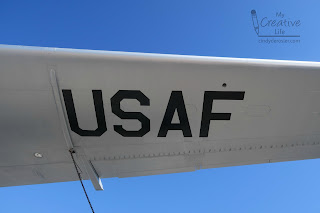 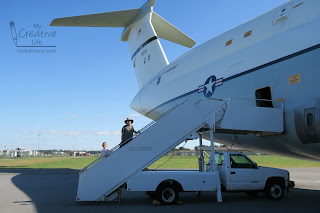 Although we are not military, we live in a military town and have many Air Force friends. Trevor thought it was so cool that there was a display about Travis AFB when we were 3000 miles from home! 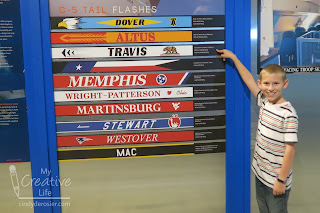 Delaware's #1 tourist destination is Rehoboth Beach. Unfortunately, it was an hour away the wrong direction, so we weren't able to include it on this trip. I did want to visit a beach in Delaware though. I scoured the map for promising beaches near Dover and ended up discovering Bowers Beach. It looked like a nice place to stop and stroll for awhile. When I read that Bowers is also the mouth of a river named Murderkill, I was all in. I'm weird like that. As it turns out, Murderkill River was most likely not named for any sort of death. And it was indeed a lovely place for a stroll. 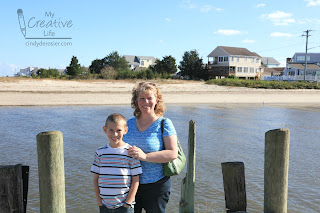 Bowers Beach is rebuilding their dunes following destruction by storms and, at least right now, I wouldn't necessarily recommend it for swimming or sand play. But there was a very nice rock jetty for those who want to enjoy a nice walk by the beach. It was just what we needed on this beautiful October day. 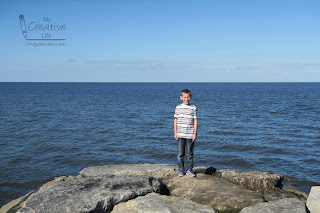 All too soon, it was time to leave Delaware and head to our next destination, Philadelphia. As we drove north through beautiful Delaware, we kept seeing one crop over and over that we couldn't identify at highway speeds. I finally asked Steve to pull over because it was driving me crazy not knowing what all the huge fields were. My best guess is soybeans. 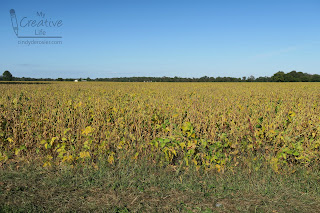 I did a little research and learned some fascinating facts about agriculture in Delaware. Did the rest of you know that soybeans are a major ingredient in crayons?! 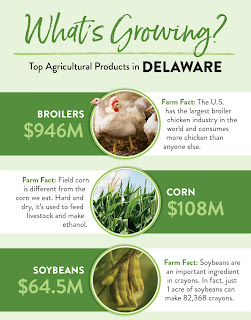 We learned so much about The First State during our short time in Delaware. I hope we're able to return someday and explore the southern part of the state!
Email ThisBlogThis!Share to TwitterShare to FacebookShare to Pinterest
Labels: US Travel