I've spent my whole life knowing there's something wrong with me. Not different - wrong. Broken. Absent. When I'm asked to picture something in my head, I see nothing. It's frustrating and, at times, lonely. 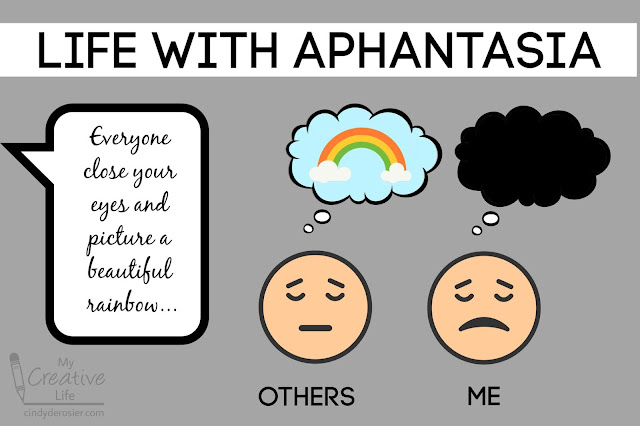 Two months ago, I learned that the defect that has been with me for 47 years has a name: aphantasia. Since then, I've been greedily soaking up as much information as I can find about it, watching countless videos of people with the same condition. (This video could be me, almost word for word.) Many of the interviews feature someone saying they had no idea they were different. I've always known other people had mental images and I didn't. I've been trying my whole life to get those images, practicing like you'd practice trying to wiggle your ears on command (which I can't do either). I dream vividly, so I know it's there. I just can't get to it, like trying to see through a solid wall. I decided I just wasn't doing it right and everyone else had figured out something I couldn't. It's incredibly frustrating.

Learning that this condition has a name was huge, as was discovering that up to 2% of the population also has aphantasia. I'm not alone! Others get it! After creating the graphic above, I went in search of graphics other people had made about their experiences with aphantasia. There are many. Below are some that really spoke to me. You can read their stories in the link below each image. 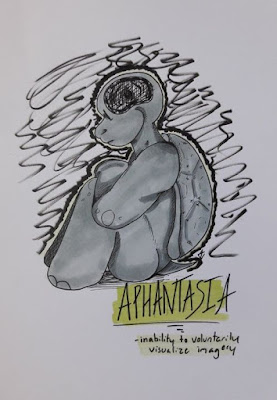 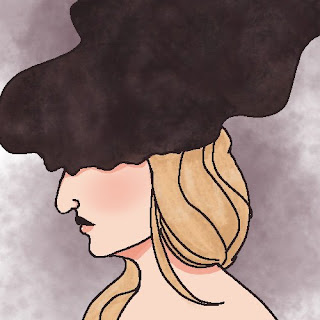 One of my friends commented about how amazing it is that I can create what I do without a way to visualize it. I figure out my craft designs via sketching, not by picturing them in my head. Ideas pop into my head, but it isn't until I work them out on paper that I can see them. When I scrapbook, I just start moving pictures and papers around until I'm happy with it. I wish I could picture things in my head, but I can't. Perhaps someday, but probably not. But I'm going to keep trying.
Email ThisBlogThis!Share to TwitterShare to FacebookShare to Pinterest
Labels: aphantasia