This is my sixth post about our family's visit to Louisiana over Christmas. I recommend reading the first, second, third, fourth, and fifth posts before this one. Because I blog about educational travel, I received complimentary admission tickets, discounts, media rates, and other benefits for some of the places we visited. Many attractions we toured are free to everyone and we paid full price for the rest. This has no bearing on my reviews, as I only share what I truly recommend.


My philosophy is that if we are going to dedicate our limited time and money to travel somewhere, we are going to see the heck out of it. We can relax at home (whether we do or not is a different story); when we travel, we don't waste opportunities. This is why we were up and out of our room bright and early on our first full day in Baton Rouge - otherwise, we would have had to drop something from our schedule and that was not an option I was going to entertain.

We started our morning at the Red Stick Farmers Market, a short walk from our hotel. 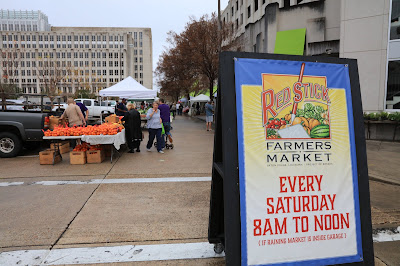 We enjoy visiting farmers markets, both at home and when we travel. This one was small but lively and the produce was gorgeous. 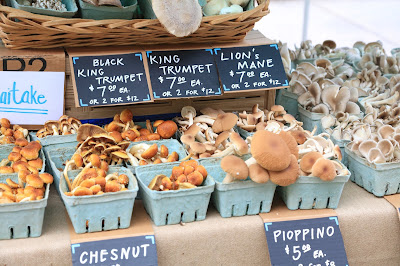 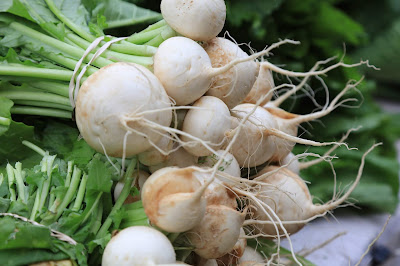 We grabbed a quick breakfast, then headed to the Capitol. First, a tour of the grounds. 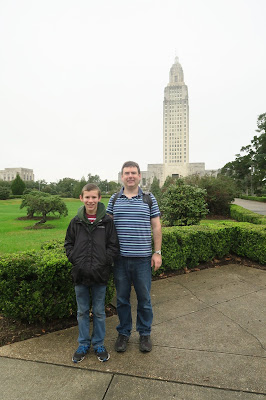 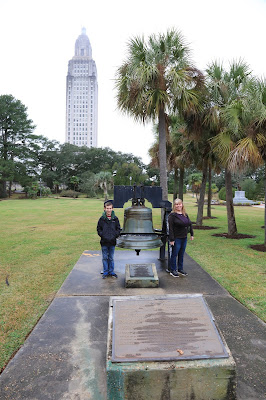 Check out how cool this monument is. Through the cut-out of the soldier, you can see Louisiana's liberty bell. 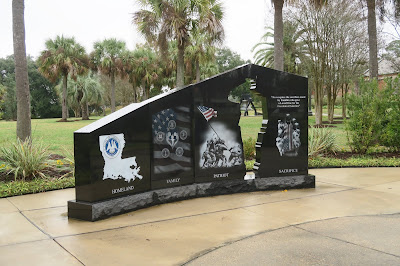 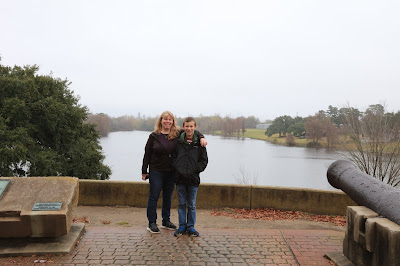 Inside the Capitol, we were greeted by Bernard, all decked out in his holiday best. At least, I assume that's not his year-round outfit. 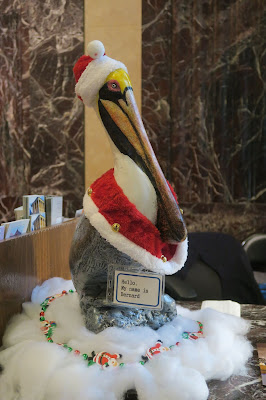 Bernard (or perhaps one of his brown pelican relatives) is featured prominently both inside and outside the Capitol. There he is in the stonework. 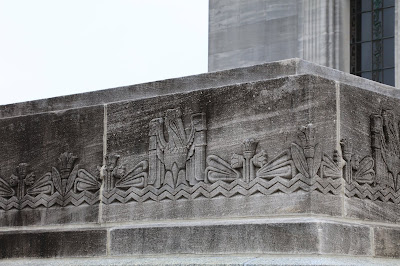 Here's Trevor getting his 24th stamp in The Capitol Connection. 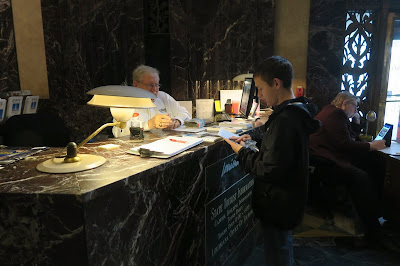 We checked out the main lobby and the House and Senate chambers... 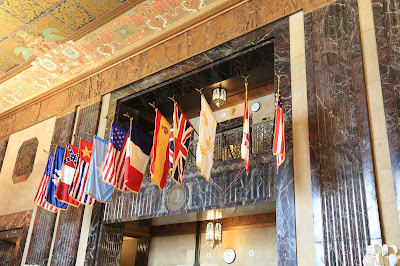 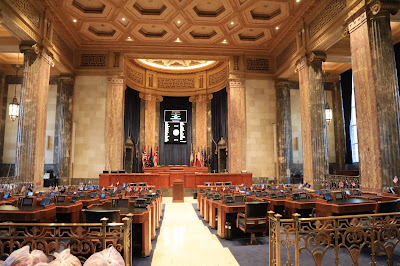 ... before heading up to the tower. Fun fact: Louisiana has the tallest state capitol building (450 feet and 34 floors) of all the 50 states. 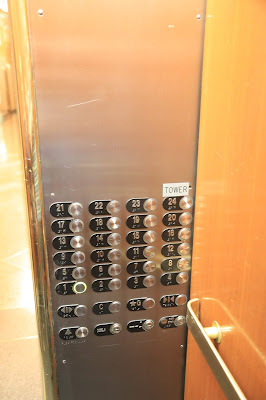 The first elevator takes you to the 24th floor, where you board a smaller elevator to get to the observation deck on the 27th floor. The views are spectacular. 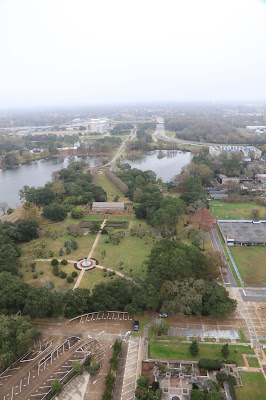 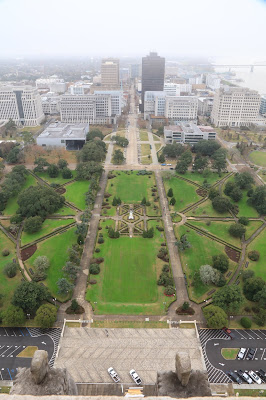 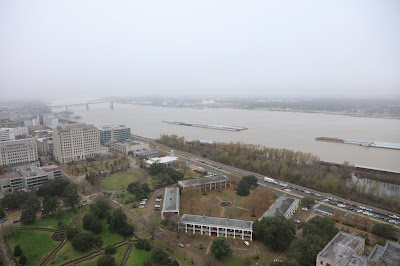 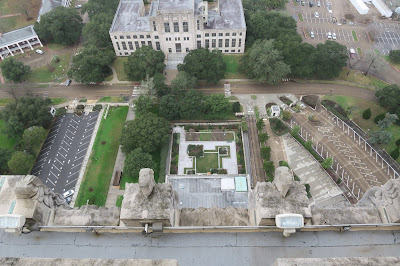 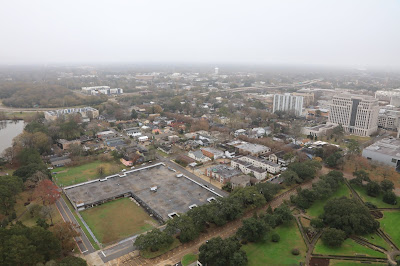 In addition to being the nation's tallest, Louisiana's Capitol holds the dubious honor of being the only one in which its seated governor (Huey Long) was assassinated. He is buried on the grounds. More about him later.