It's Raining Hearts for Valentine's Day

January is the rainiest month of the year here in northern California. It's all relative, of course; we have far more sunny days than rainy ones, even in January. It was raining while I was punching hearts for a Valentine's Day idea I had, which led to this: 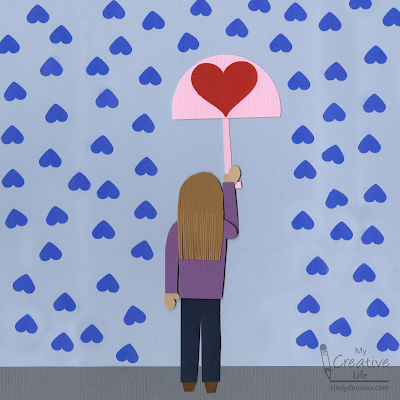 It's Raining Hearts for Valentine's Day

Punch a bunch of small hearts from dark blue cardstock and one large heart from red cardstock. Use the scissors to cut out a shirt, then bend one sleeve upward. Cut out a head, two hands, an umbrella, and pants. I also cut two shoes and a strip of pavement, which are not in the photo below. 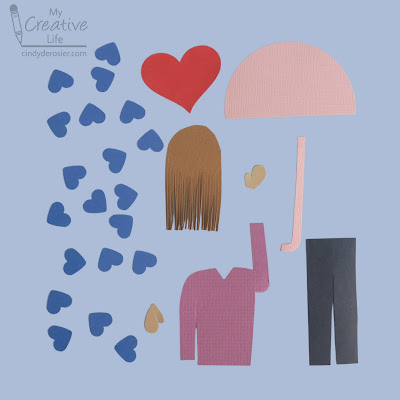