Many years ago, I made fruit-infused vodkas (apricot and cherry) as gifts for some friends.  It was incredibly easy and quite tasty.  I decided to use Melissa's fruit to make nectarine vodka.

I cut several nectarines into chunks and put them in a glass canning jar. 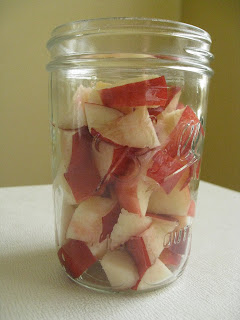 I filled the jar with vodka so that it covered the fruit.  I used a medium quality vodka- not the most expensive I could find, but not the least either.  I put on the lid and moved the jar to a cabinet, away from heat and light.

Each day, I shook the container and returned it to the cabinet.  Here's how it looked on Days 1, 2 and 5. 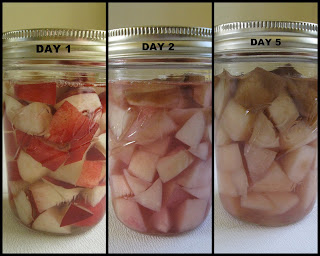 At the end of the fifth day, the nectarines had given up most of their color (and flavor) to the vodka and were looking a bit worse for wear.  I put cheesecloth over a clean jar and poured the vodka in. 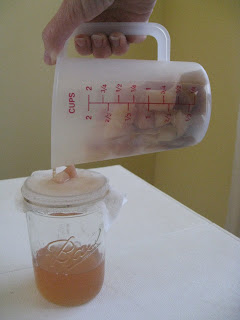 Then I challenged Steve to a Nectarine Vodka Throwdown.  Let me start by saying that neither of us drinks much or often.  We know a fair bit about wine, but next to nothing about mixed drinks.  We have a few types of alcohol in the house, but certainly not enough for anyone who actually knows something about inventing mixed drinks.  But as I've said before, I never let the fact that I have no clue how to do something stop me, whether it's jewelry making, cake decorating, or vodka-drink inventing.

With no idea what I was doing, I mixed together 1 oz. nectarine vodka and 1 oz. orange juice and poured them in a martini glass.  I added Sprite until it seemed sort of full, then poured in a splash of grenadine.  Pretty!  It tasted good, but the nectarine flavor was not very prominent. 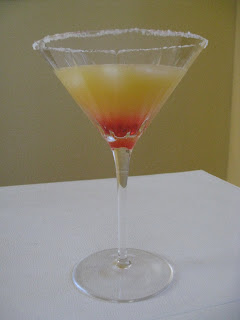 Steve dug around in the cabinet and found dry vermouth.  He mixed 1 oz. nectarine vodka, 1/2 oz. of dry vermouth, 1/8 tsp. sugar, and 1 oz. Sprite.  He poured it in the glass and added a splash of grenadine.  The resulting drink was... um... drinkable.  Almost.  I took two sips to give it a fair chance, but it did not earn my vote for winner of the Throwdown. 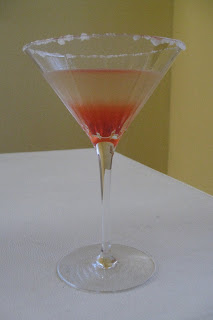 I decided to enter a second drink in the Throwdown.  My contest, my rules.... right?

We have a decent collection of Torani syrups for making sno-cones.  Perhaps one would go well with nectarine vodka?  I rejected root beer right away, along with lemon, cherry, and orange.  All would overwhelm the flavor of the nectarine.  Then I found the vanilla.  Hmmm....  I mixed 1 oz. vanilla Torani with 1 oz. nectarine vodka, then add the juice and zest of one lemon.  Delicious!  I promptly declared myself the winner. 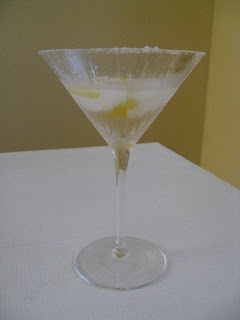 Of course, for all I know, I've invented a drink that already exists.  If so, I need to know its name so I can order it on the extremely rare occasions when I get a cocktail.  If it didn't exist, I need to name it.  Suggestions anyone?
Email ThisBlogThis!Share to TwitterShare to FacebookShare to Pinterest
Labels: Recipes