Dealing with a Missing Letter

Is there anything more frustrating than planning a title, pulling out the perfect chipboard letters or alphabet stickers and being short one little letter?  I hate that!  Of course, there are many ways around the problem.  Here are some of the solutions I use the most often.

Trim letters:  In just about any font, u and n can substitute for each other.  M and W are natural substitutions, as are b, d, p, and q.  With a little snip, it's easy to make the letter c from an a, b, d, e, g, o, p, or q.  The letter t can become an f.  In this layout, the u is an upside-down n and the lowercase y is actually an uppercase X. 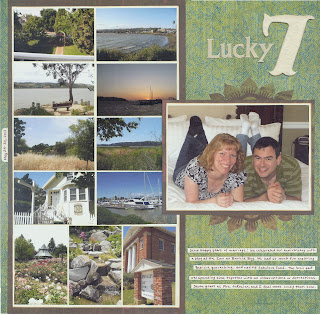 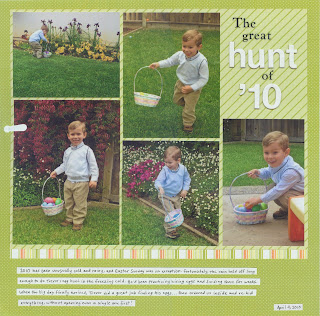 Mix fonts or colors:  On a whimsical page, I'll mix fonts and/or colors in the title words.  Here I used a variety of colors in similar fonts to echo the colors of the party.  (Also, notice that the two p's aren't quite the same.  The 2nd is an inverted d.) 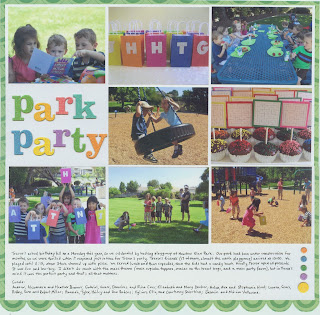 Trace the letters:  If I'm short a letter because my title uses that letter more than once, I trace the chipboard.  In this example, I had an e, g, and s, but not a second g.  I traced the letters for a uniform title and can now use the chipboard letters on a future project. 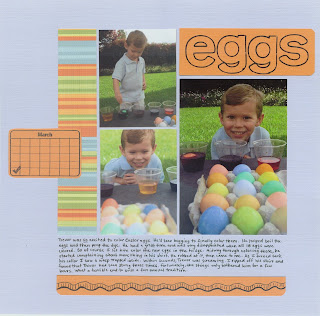 Use the negative:  I never throw out the negatives from an alphabet set.  They can be used as stencils or to fill in for a missing letter.  They work especially well as the first letter in a title. 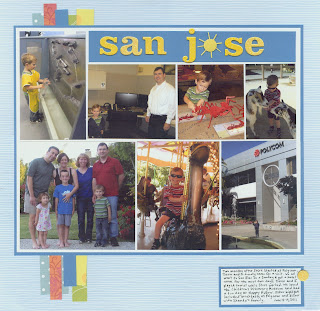 What other tricks do you use to deal with a missing letter?  Please share your tips!
Email ThisBlogThis!Share to TwitterShare to FacebookShare to Pinterest
Labels: Layouts, Tips