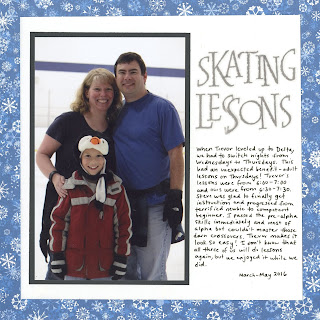 I'm happy to report that Steve is now comfortable skating socially. Mission accomplished! Meanwhile, Trevor is working on beginning jumps. I can't wrap my head around that, even though I watch it each week.
Email ThisBlogThis!Share to TwitterShare to FacebookShare to Pinterest
Labels: 40-4-Steve, Layouts