The Little Passports Utah State Journal has a neat experiment to learn about how sedimentary rocks are formed. 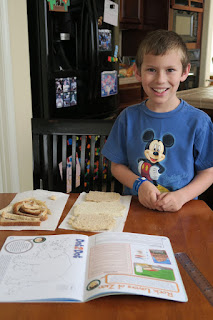 Measure the height of the stack. 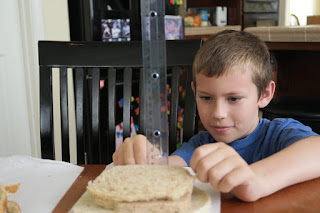 Put a paper towel on top and then cover the stack with a heavy book overnight. It'll be much thinner in the morning! 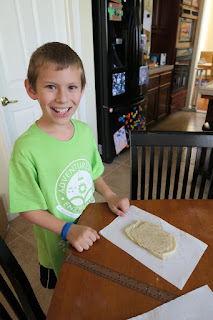 Pressure caused the layers to compress, trapping the dinosaurs inside. Use the straw to push straight down into the 'sedimentary rock' to collect a core sample. You'll be able to see the distinct layers, and you might unearth a dinosaur fossil. 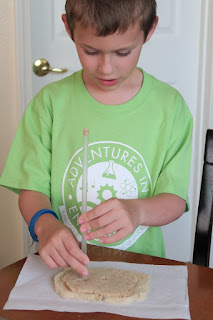 Another fun experiment from Little Passports!

Email ThisBlogThis!Share to TwitterShare to FacebookShare to Pinterest
Labels: Crafts for Kids, Geography