Spices and the Age of Exploration

The fifth graders and I have wrapped up our unit on Native Americans and moved on to the Age of Exploration. During our first session together, I showed them my closed fist holding mystery items that were more valuable than gold during the 1400's-1500's. They guessed that I was hiding diamonds (!), or other special rocks and minerals. Nope. After a few clues, they correctly deduced that I held spices.

Spices were incredibly valuable back then. They improved the taste of bland food, made spoiled meats palatable and masked strong body odor. They were used to cover the smell of dead bodies and were made into salves that were believed to cure disease.

Rather than do a cooking project like usual, we did a spices taste test. I showed the kids whole peppercorns, cinnamon sticks, cloves, nutmeg, and ginger, some of the most highly coveted spices in the 1400-1500's. Then I gave each of them the ground version of those spices (plus turmeric) to sample on carrot sticks. 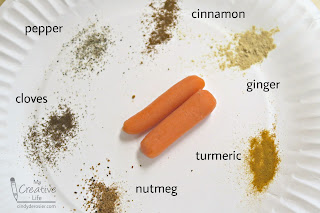 Some were timid, trying the tiniest amount of each spice. 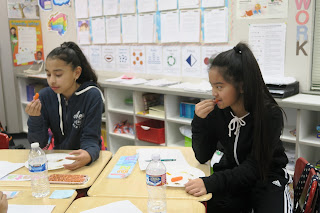 Others dove right in. 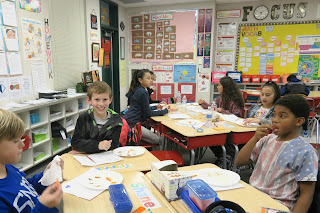 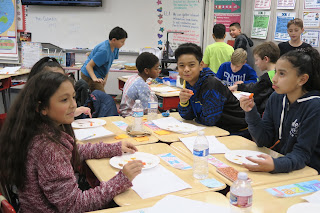 Along with our spices taste test, we talked at length about the motivations, obstacles and accomplishments of European explorers. We made this handy chart: 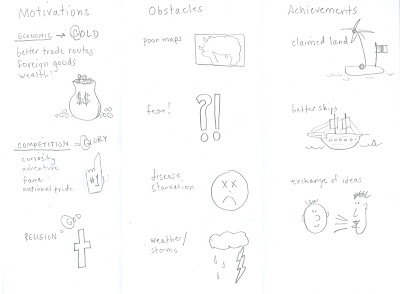 A handful of the kids thought being an explorer in the 1500's would have been fun. Let's see if they change their tune next week when they learn about life onboard a ship and taste sea biscuits!
Email ThisBlogThis!Share to TwitterShare to FacebookShare to Pinterest
Labels: Hands-on History