We did something really, really cool recently. 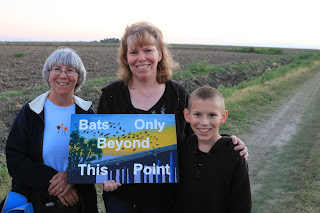 It just so happens that we live about 30 miles from the largest colony of Mexican free-tailed bats in California. The bats spend the day snoozing under the Yolo Causeway.... 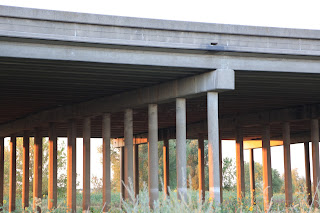 ... then at sunset, literally hundreds of thousands of bats pour out from under the bridge to hunt for insects. 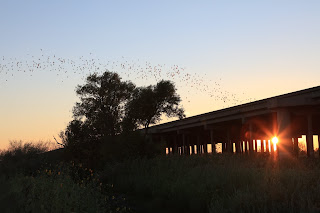 The Yolo Basin Foundation hosts family-friendly Bat Talk and Walk events throughout the year. The 3-hour events start with an indoor lecture and up-close-and-personal time with bats. Then the group caravans through wetlands and rice fields to a spot that is closed to the public. Here is Corky Quirk ("The Bat Lady") sharing her vast amounts of knowledge about these fascinating mammals. 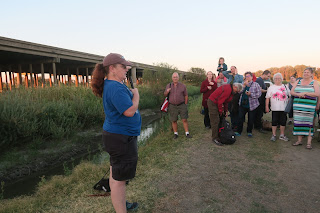 We arrived about ten minutes before the first bat scouts emerged. And then, the first wave. It was like nothing I've ever seen before. The bats poured out like ribbons. 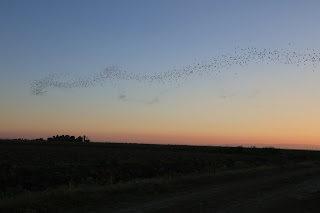 There were thousands and thousands of bats. It was incredible. 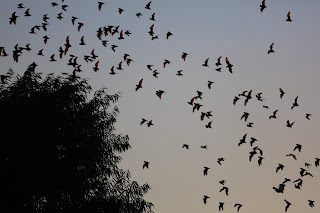 There were four distinct waves, with at least 50,000 bats in each group. I got video of part of one wave. The quality isn't great, but it gives you an idea of what we saw.


I hope all of you get to see a bat flyout in person someday. In the meantime, I'll be sharing some bat crafts that were inspired by this amazing experience.
Email ThisBlogThis!Share to TwitterShare to FacebookShare to Pinterest
Labels: US Travel