Montana is the closest state to our home state of California that we have not yet visited as a family. As always, Trevor and I loved taking a virtual trip through Little Passports! We learned so much about The Treasure State.

We started by solving a logic puzzle about the winter sports in Montana (which gets its name from the Spanish word for mountain). We could have predicted that skiing, snowboarding, ice climbing, and luging are popular in Montana, but we'd never even heard of the sport of skijoring. It originated in Norway, but the world championships are held each year in Whitefish, Montana. We like skiing, but will not be trying skijoring!

We did a quick science experiment inspired by the Ringing Rocks in Pipestone, Montana. These rocks ring when you tap them with a hammer, just like a water glass rings when you tap it with a pencil. Increase or decrease the amount of water in the glass to change the tone. 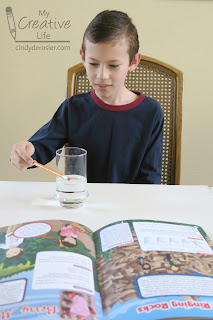 Next, Trevor and I worked on a decoding activity that taught us about Montana's mammals, including the grizzly bear (Montana's state animal), the bighorn sheep, the gray wolf, the lynx, the moose, and the bison. Speaking of state symbols, we solved a sapphire-themed puzzle (inspired by the Yogo sapphire found only in the Treasure State) to translate Montana's state motto, "Oro y Plata."

Time for a snack break! The recipe in this State Journal is based on Montana's most popular wild berry, the huckleberry. We didn't have huckleberries, so we made ours with blackberries, raspberries, and blueberries. Delicious! 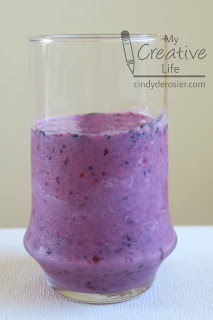 I checked, and you can buy huckleberries from Amazon (affiliate link). The price though - yikes!!! Fortunately, we've had huckleberries multiple times before, otherwise I would have been tempted to buy some just to say I'd tried them!

After our milkshakes, we did a map activity about Montana's Dinosaur Trail and learned about the fossils at each of the museums highlighted. Then we read about the famous events that happened in Montana. I was fascinated to learn Loma, Montana is the site of the most extreme weather change ever recorded. On January 15, 1972, the temperature rose from -54° F to 49° F! I can't even wrap my head around that!

The next activity was a calculator math trick. Why? Because the American Computer Museum in Bozeman, Montana shows the forms of communication throughout history that led to the creation of computers. Then we did a word search about Glacier National Park. The photos look beautiful and I look forward to visiting someday.

We concluded our study of Montana with a science experiment inspired by the Berkeley Pit, a former copper mine in Butte. It's a classic experiment, boiling red cabbage to use as a pH indicator. Although I've done this experiment many times before, we got some surprising results! The first part wasn't surprising. When Trevor added vinegar to the glass on the right, it turned from purple to red since vinegar is acidic. 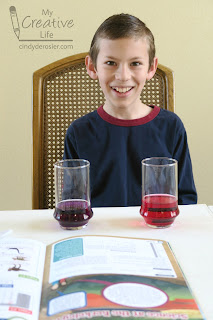 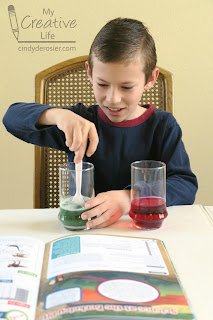 However, as Trevor conducted the rest of the experiment, the bright green changed to a dark yellow! From left to right, you can see cabbage juice mixed with: hand soap, milk, lemon juice, OxyClean, and vinegar. 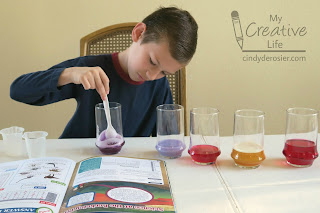 Trevor recorded the results, then announced that he wanted to leave the glasses in place to show Steve. 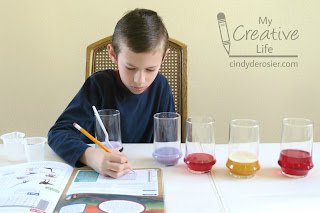 By the time Steve saw them, the dark yellow had changed to a very pale yellow! All the other glasses were unchanged. We left the glasses overnight to see if there would be any further change, but there was not. It was all very interesting.

We had a great time exploring Montana through Little Passports! I highly recommend trying their kits, whether it's US state like we have, or countries, or science explorations.