Our next virtual journey through Little Passports took Trevor and me to North Carolina. What an interesting state! Trevor started by building a model of the Mile High Swinging Bridge. Then he built a glider inspired by the Wright Brothers' 1903 flying machine, the world's first powered aircraft. 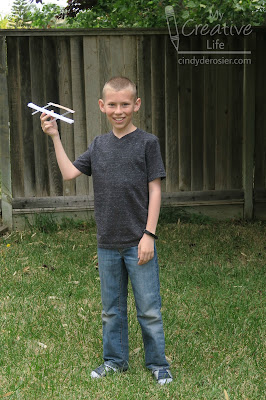 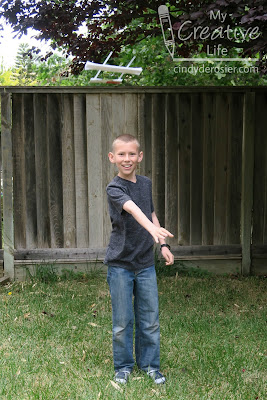 Trevor completed a maze about the Blue Ridge Parkway in order to create a secret code. We then used that code to discover facts about interesting places along the Blue Ridge Parkway. For example, we learned that if you throw something off The Blowing Rock ("The only place in the world where snow falls upside down!"), the wind will blow it back toward you. Interesting!

The next activity was about Biltmore House, a huge mansion-turned-museum in Asheville. Trevor solved a puzzle to learn some fascinating facts. We were shocked to learn that there are 250 rooms and 65 fireplaces in the house! We learned about other attractions in Asheville, including the one I'd most like to visit someday, the Quilt Garden at the North Carolina Arboretum.

Trevor did a matching activity about the six instruments used in traditional bluegrass music. Can you name all six? If you said violin, mandolin, guitar, bass, banjo, and dobro, you did better than I did. I hadn't even heard of a dobro. Full credit if you named five out of six though, since a dobro is technically a variation on a guitar.

The art activity was inspired by the 'Pirates of the Atlantic' in the 18th century. The introduction included some background about the most famous pirate of that era, Blackbeard (whose real name was Edward Teach). Fun fact: When I was in high school, we had an assignment where we could pick any individual from history, learn about him/her, and then partner up and act out what would happen if our two individuals had met. I chose Blackbeard. I have no idea why. My partner chose Nazi commander Erwin Rommel, the Desert Fox. I don't remember anything about the conversation we acted out except for that it was really, really weird. But I digress. Here's Trevor drawing Blackbeard's ship, called Queen Anne's Revenge. 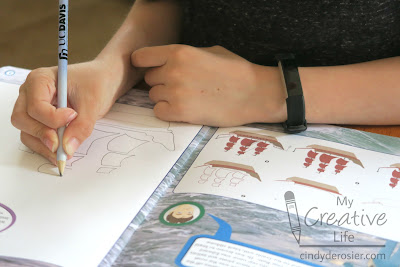 The ship's wreck was discovered near Beaufort, NC in 1995. They found weapons, kitchen equipment, and even a little bit of gold among the ruins! 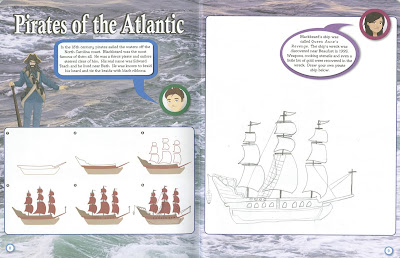 After completing a crossword puzzle about the North Carolina state motto, we washed our hands and baked cookies. Moravian cookies, to be specific. The Moravians arrived in the Winston-Salem area from Eastern Europe in the 1700s. Today, Winston-Salem sells more than a million pounds of Moravian cookies worldwide. The cookies are sweet and spicy, similar to gingerbread. 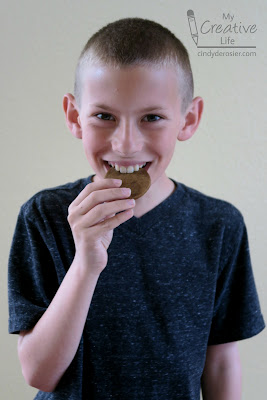 As tasty as they were, our family of three was not going to finish 5 dozen cookies. So we brought them to our friends' barbecue, along with a bag of marshmallows. I had a hunch that that a toasted marshmallow between two Moravian cookies would be delicious. I wasn't wrong! Yum! 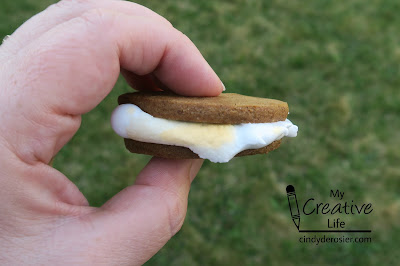 Trevor and I had a great time learning all about the Tar Heel State. We're looking forward to visiting there someday, hopefully soon!