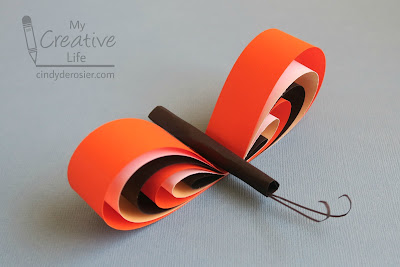 For each butterfly wing, you will need six strips of paper. Save yourself some work and cut two at a time of each of these: 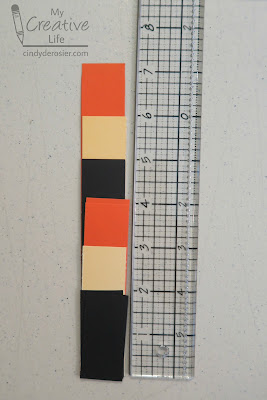 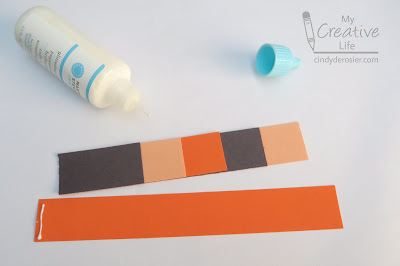 Put a strip of glue on the same place you've been gluing. Bend the 2" strip over and hold it in place. Repeat the process of adding glue and folding over each strip, one at a time, until you have a completed wing. Set it aside and repeat all steps to make a second wing. 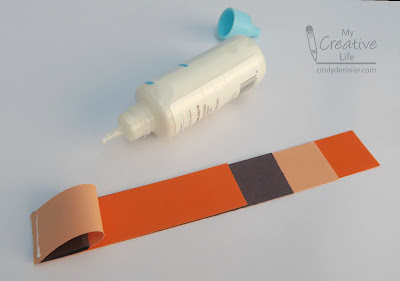 Cut a 5" x 1" strip of black construction paper and roll it into a tube. Glue it in place. Cut two very thin strips of black. 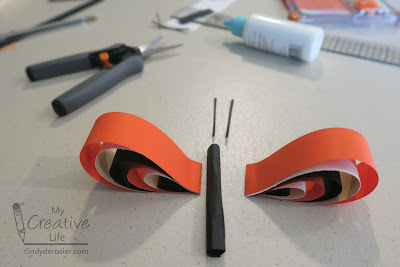 Glue the black strips inside the black tube. Curl the ends to make antennae. (Fun fact: I had to look up that word to confirm that the plural of antenna is antennae. I thought it might be antenni, like alumna-alumni, but it turns out that a group of female graduates is alumnae... just like antennae. Alumni is a group of male graduates, though the word is also used for a mixed gender group. Etymology is fun!) 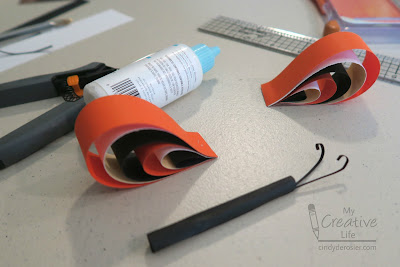 Now glue the wings underneath the body. The monarch is done! 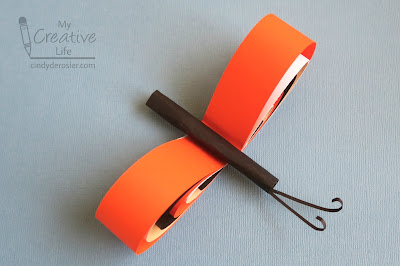 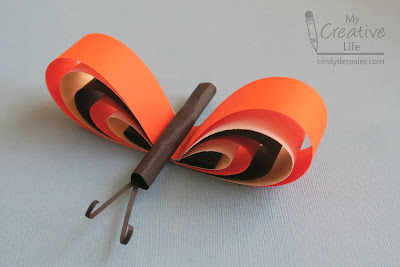 Obviously, you could change up the colors and make any kind of butterfly you want. You could also make the monarch more realistic by drawing in its black spots and making three distinct body parts. Whatever you'd like!