Today is Trevor's 15th birthday!
We're keeping the celebration very low-key this year. Besides the fact that the things Trevor would most like to do to celebrate (ice skating and teppanyaki) aren't open because of COVID, it's a school day. Specifically, he has finals for three of his classes, with the other three finals tomorrow. Tonight he has a Scout meeting. And, while he had his second vaccination on Friday, he doesn't feel comfortable seeing friends or family in person until after the two weeks have passed.
Since I wanted his day to be special, I surprised him with a theme I knew he'd love: donuts. 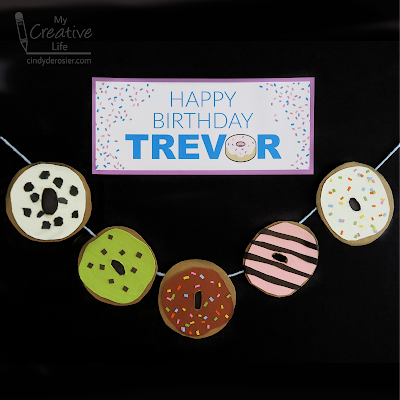 Here's how the banner looked strung across his bedroom door this morning. Such a fun surprise! I have other donut-themed surprises planned for him throughout the day. 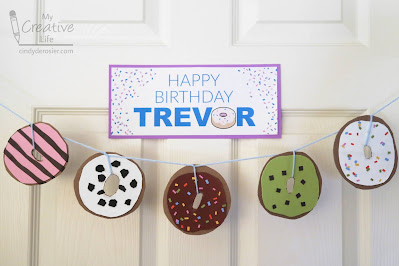 Cut out five circles from chipboard. Do not go to any effort to make them perfect, as donuts are often irregular. Then cut five circles that are slightly smaller than the first circles. These will be the icing and should be even more irregular than the donuts. 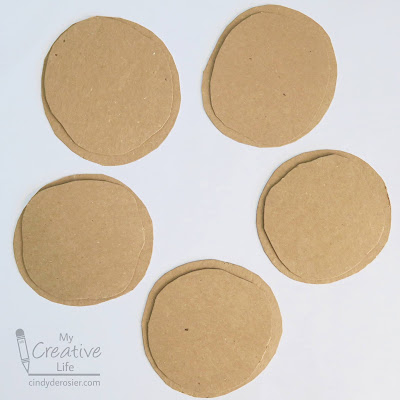 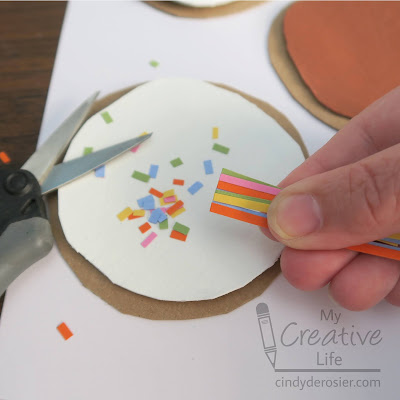 Glue the toppings in place, then use the scissors to cut out an oval hole in the icing. 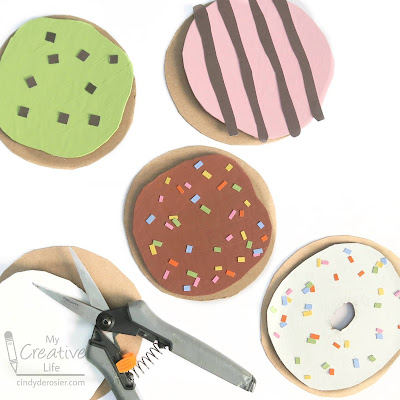 Then cut matching holes in the donut bases. Glue the icing to the bases. When the glue is dry, cut a length of yarn to string the donuts. I taped them to the yarn for this photo... 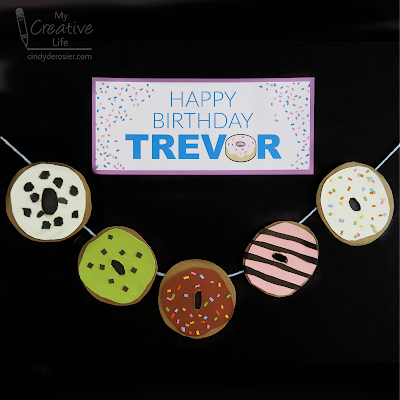 ... then changed my mind and tied them on the yarn before putting the banner on Trevor's door. To me, they look more realistic this way, since that's the way you'd hang actually donuts along a string.

In case you're wondering, I made the sign using PicMonkey. (Was there any doubt? I doubt it!) Anyway, happy birthday, Trevor!