Trevor started Cub Scouts earlier this year and is really enjoying it so far.  When his Den Leader (aka Daddy) told the boys that they would be making a Family Scrapbook, Trevor was thrilled.  He loves anything artistic and knew that it would be a lot of fun.


Each boy started with a plain orange folder and blank white paper.  Trevor started by writing a title ("Trevor's Scrapbook") and decorating his front cover with stickers of his favorite things. 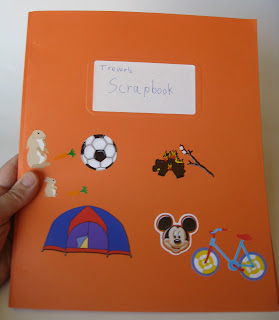 I brought out my huge pile of printed-but-not-scrapped pictures and let him pick out whatever he wanted.  He chose a wide variety.  I then had him sort through the pictures to put them in categories, like "Friends" or "Vacations."  Once he had his pictures sorted, he chose one pile and spread them on a blank page.  I helped him crop the photos so they'd fit the way he wanted, then he adhered them in place.  He titled the page and labeled the pictures.  Then he moved on to the next topic.

Here are some of the pages from his completed scrapbook.  First, is the "Me!" page: 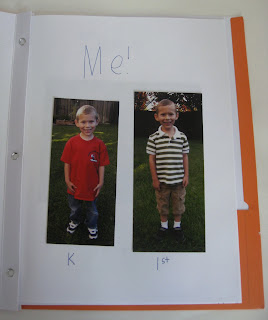 Here's "Family."  He chose to label us with our first names instead of using Mommy and Daddy.  He thought about putting Mommy and Daddy in parentheses, but I convinced him that most people looking at the scrapbook would understand that we are his parents. 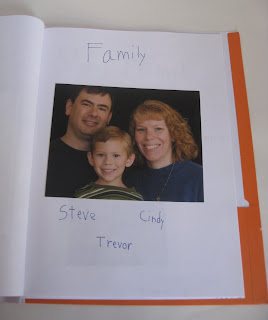 He called the next page "More Family."  There are pictures of my parents and of his cousin Timothy.  He didn't have pictures of other family members in his pile, but I told him he could always add pages in the future if he wants to. 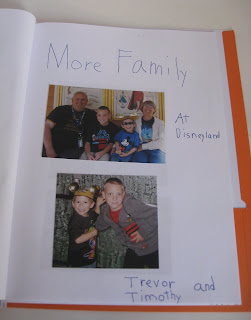 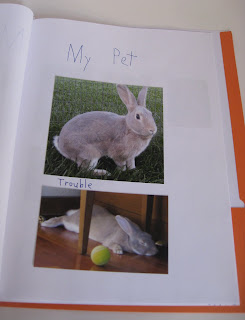 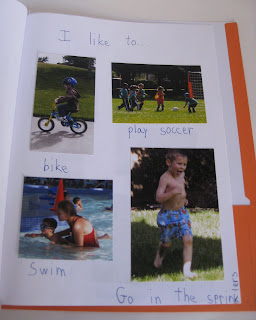 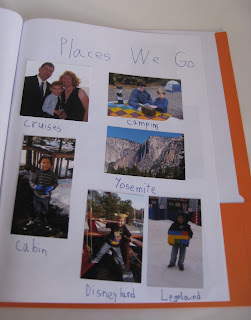 The last page is "Favorite Holiday." 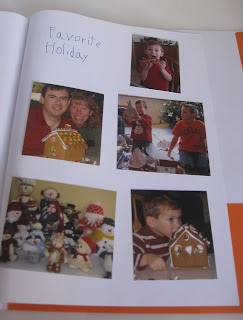 It took him a long time (almost 3 hours), but he completed it in a single sitting. He was very enthusiastic about the project and excited to have it done so he could show Daddy and the rest of the Cub Scouts. 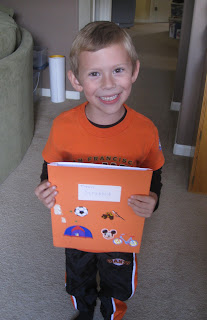