How to Sew a Button

Trevor has learned a lot of interesting facts and useful skills during his first year of Cub Scouts.  He finished all the requirements to earn his Tiger rank back in early February, so we've been working on electives ever since.  There are 50, which is more than enough to keep him occupied!  His most recent elective: learning how to sew a button.

Obviously, I could have just grabbed a scrap of fabric and had him practice sewing a button onto it.  But I knew it would be more engaging and rewarding for him to actually have a reason to sew buttons.  So I designed a cute little button-eyed owl. 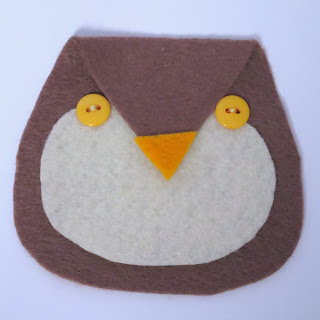 The first step was to make a pattern from paper and then trace the pieces onto felt. 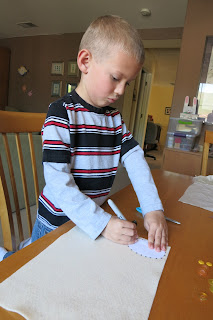 You need one teardrop-shaped piece, an oval that fits inside the teardrop, and a small orange triangle. 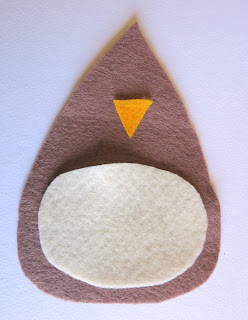 Glue the oval in place, then fold the point of the teardrop over and glue it in place. 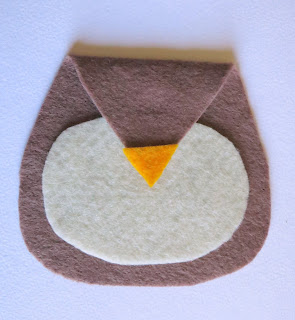 I had Trevor dig through my button container to find 2 pairs of buttons - one set with 2 holes and one set with 4 holes.  I started by teaching him how to sew on 2-hole buttons.  He added the button eyes to my owl that's at the top of the post. 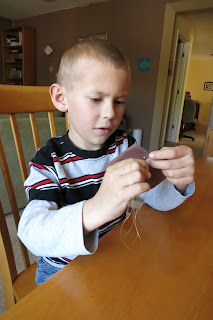 Next, we moved on to 4-hole buttons, which he added to his own owl.  He understood what to do, but struggled a bit at first with finding the correct hole when sewing from the back. Look at his furrowed brow. 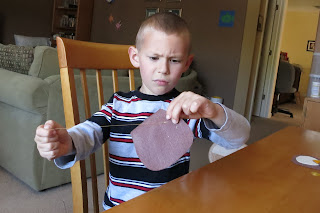 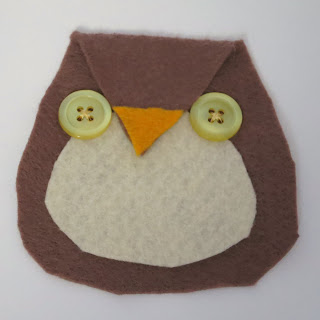 Learn how to sew a button... check!  On to the next elective!
Posted by Cindy deRosier at 5:00 AM