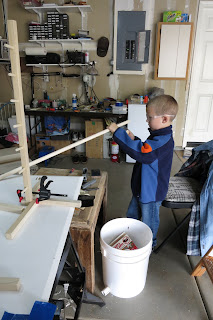 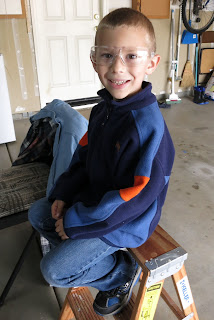 
Within two days, we had Trouble successfully jumping over 3 bars.... when he wanted to, that is. I don't know if it's true of all rabbits, but Trouble is more like a cat than a dog when it comes to wanting to please us. Unlike a dog who will happily do whatever you ask him to do, Trouble knows what we're asking him to do, but chooses whether or not he feels like doing it at that moment. Sometimes he comes when we call him, but sometimes he just looks at us and chooses not to come, just like a cat. The same is true with the jumping. Still, we'll persevere.
Email ThisBlogThis!Share to TwitterShare to FacebookShare to Pinterest
Labels: Rabbits