After making our Caterpillar Cakes, we had plenty of extra cupcakes and green frosting left over.  We brainstormed and decided to make Monster Cupcakes.  Trevor and I went to the pantry and started digging around, looking for interesting materials to decorate our monsters.  Then we sat down to start frosting.

The plan had been that we'd each make our own, then one of us would make a second one for Steve, who was in his office working.  But right at that moment, Steve came out for a break, saw what we were doing, and decided to join us.  He said it was his first time using a piping bag. Surprising, given how often we use them around here!  Trevor showed him just what to do and he picked it up quickly. 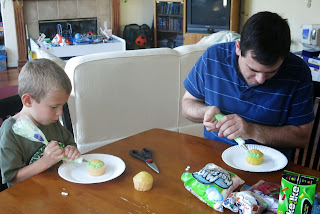 He was very proud of his Monster!  He used candy eyeballs, three Mike & Ike candies, a gumdrop, and red licorice. 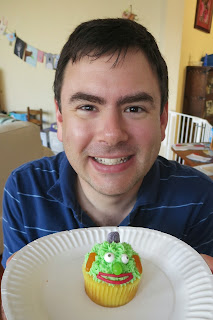 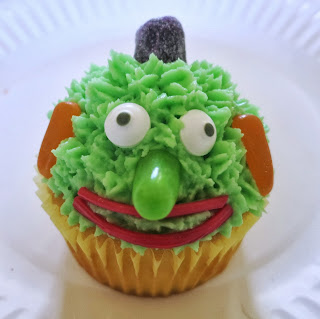 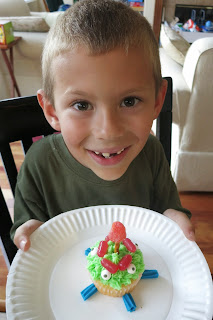 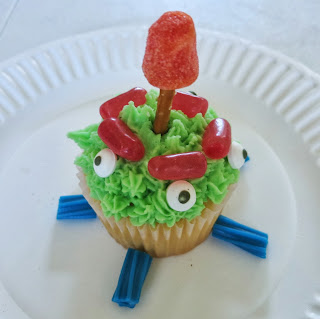 Here's mine.  I used candy eyeballs on green gumdrops (attached to the cupcake with pretzels), Mike & Ike hair and nose, and a licorice smile. 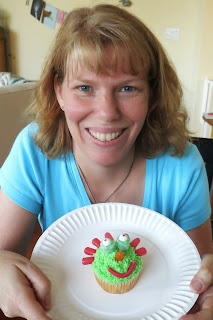 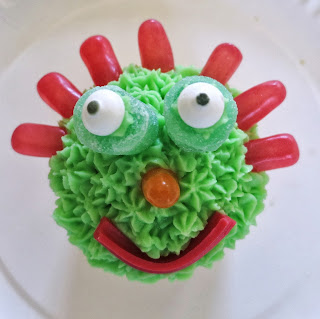 I love how different they all are.  Such a fun activity!
Email ThisBlogThis!Share to TwitterShare to FacebookShare to Pinterest
Labels: Cake