After six months of making crafts from every letter of the alphabet, I am finally adding the final letter to my list.  If you've never done it before, try googling "crafts that start with Y."  You'll find yaks (not the easiest animal for young children to create or even to recognize) and a handful of cop-outs, like Yellow Sun (come on... you're not even trying). I started with a list of all the possible Y-nouns I could think of.  I immediately removed: 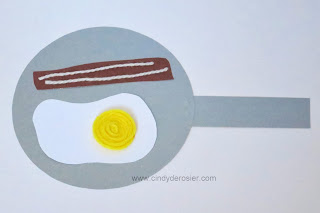 Now, before anyone says anything.... yes, I realize this looks a lot more like F-is-for-Frying-Pan, B-is-for-Breakfast, or E-is-for-Egg.  How's this? 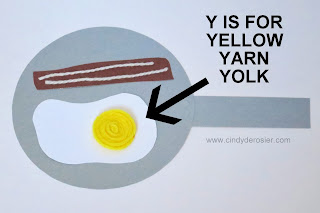 Convinced?  If so, great.  If not, return tomorrow to see my totally legitimate, no doubt about it, Y-is-definitely-for-Yo-Yo craft.
Email ThisBlogThis!Share to TwitterShare to FacebookShare to Pinterest
Labels: Crafts for Kids