It's time for September's Project 41, my effort to try each flavor-of-the-month at Baskin-Robbins with a different friend as a year-long celebration of my 41st birthday.  This month, my companion was my friend Amanda.  I've known Amanda for about 4 years.  One day, I was browsing through the gallery at Scrapbook.com and saw a graduation layout with the name and colors of Steve's small-town high school.  I left a comment saying that my husband had gone to the same high school.  We exchanged a few messages.  It turns out that Amanda was a good friend of Steve's younger sister.  What a small world!  We became good online friends.  Amanda and I met in person in the fall of 2010 and traveled together to CHA in January of 2011.  We'd seen each other only once since then when we attended an Amy Tan / Kelly Purkey workshop together in April of 2012.

Amanda lives about 2.5 hours away from me, so it took some coordinating to find a time and place for us to meet up.  But everything came together and we were able to meet up in my hometown.  (This brought my total number of different Baskin-Robbins stores to five in seven months....)

On to the ice cream. September's flavor-of-the-month is German Chocolate Cake. It is described as "Swiss chocolate ice cream with coconut, walnuts, and fudge brownie pieces wrapped in a caramel swirl ribbon." 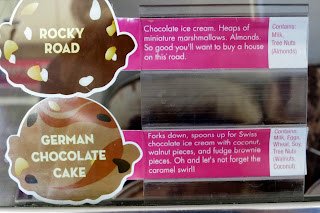 It was so good!  The brownie bits were amazing and the caramel was fantastic.  The amount of chocolate was perfect.  I could have done without the coconut, but it wasn't offensive or anything.  Overall, it was a really good flavor-of-the-month.  (Take a lesson, Triple Vanilla.) 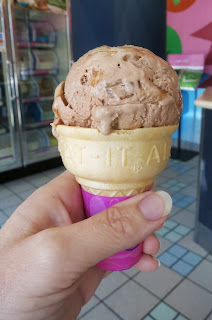 Here we are.  It looks like we were sharing one scoop, but I assure you that she was holding her own ice cream just out of the frame.  The problem with ice cream is that you can't spend too much time working to get the perfect picture! 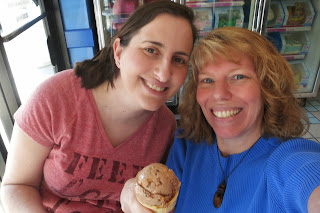 It was absolutely wonderful catching up with Amanda and the time flew by.  As we left, she handed me this and issued me a challenge: 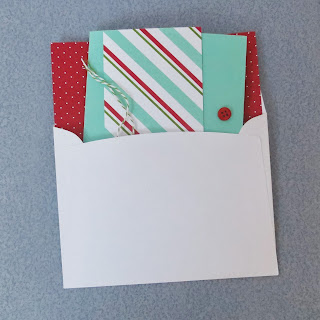 This is a Stampin' Up card kit. She explained that all the pieces were included, but that she was not going to show me what the completed card is supposed to look like. Challenge accepted!  I'll share my version of the card next week.

Another awesome month of Project 41!
Email ThisBlogThis!Share to TwitterShare to FacebookShare to Pinterest
Labels: Project 41