I have minor obsession with rhubarb.  It's one of my favorite foods. Unfortunately, rhubarb doesn't grow in our hot California climate, but for years that wasn't a problem. My grandparents lived in the Seattle area and grew huge quantities of rhubarb, which they would freeze and share with us. Growing up, we always had rhubarb in the freezer, so I could make rhubarb sauce or rhubarb pies (or just snack on the frozen pieces) whenever I wanted. I no longer have a source of rhubarb, so I'm obsessive about checking for it at stores (it's never there) and ordering it from menus (the occasional strawberry-rhubarb pie).

Last week, Trevor and I were picking up groceries when I spotted a flash of red across the produce department. Could it be... rhubarb?! No way! I'd never seen rhubarb at that store. I made a bit of a scene, raving like a hysterical lunatic about the glory of rhubarb to Trevor. This was a big mistake, as several people heard and followed me over to the rhubarb, thus preventing me from selfishly taking the entire pile. I took 2/3 of the pile, then reluctantly stepped away to allow the others to have what remained. If only I'd kept my mouth shut, it could have all been mine!

When I got home, I cut my precious rhubarb into slices. 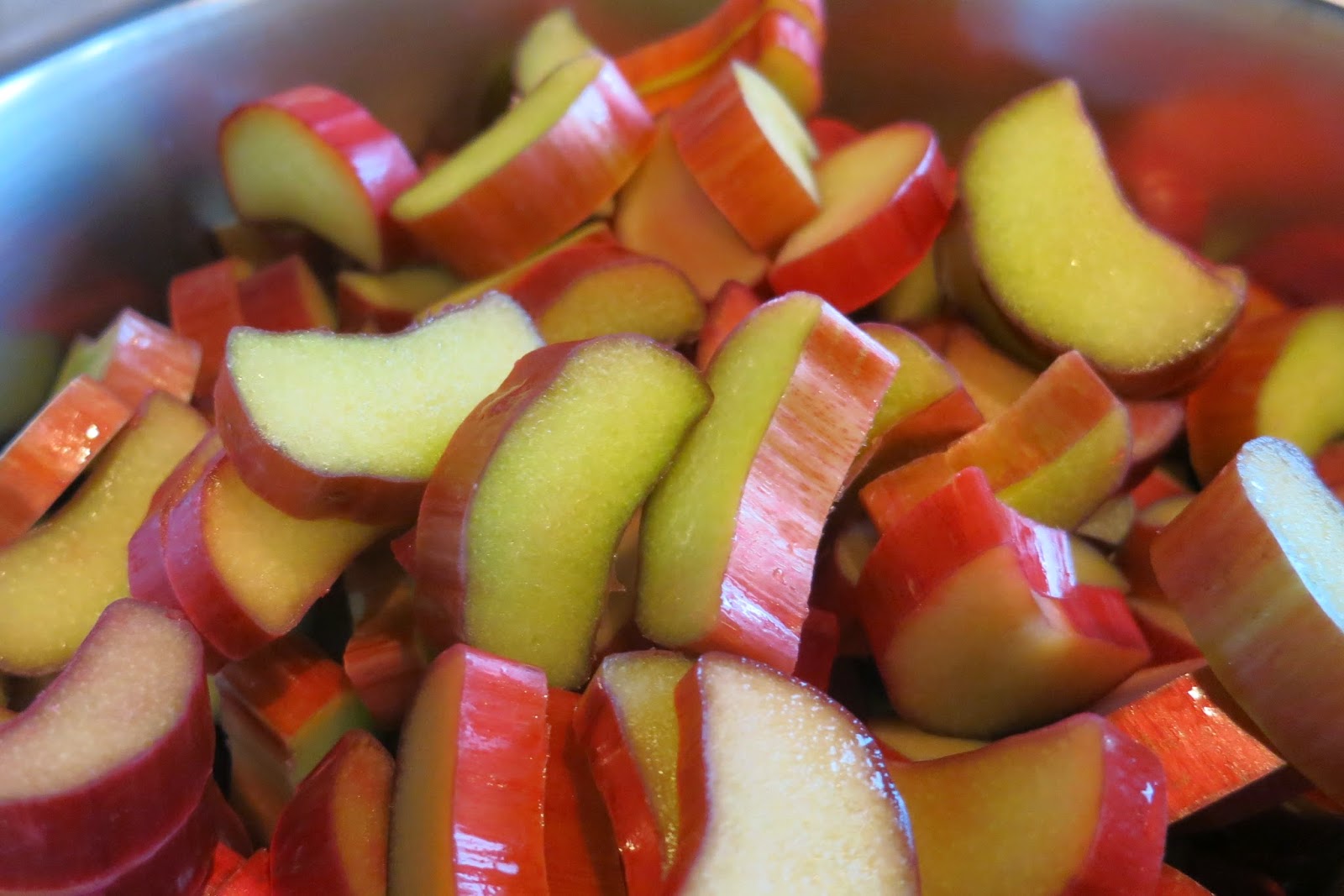 I added them to a pan with a little bit of water and a sprinkling of sugar, then cooked it gently over medium heat until the rhubarb broke down. 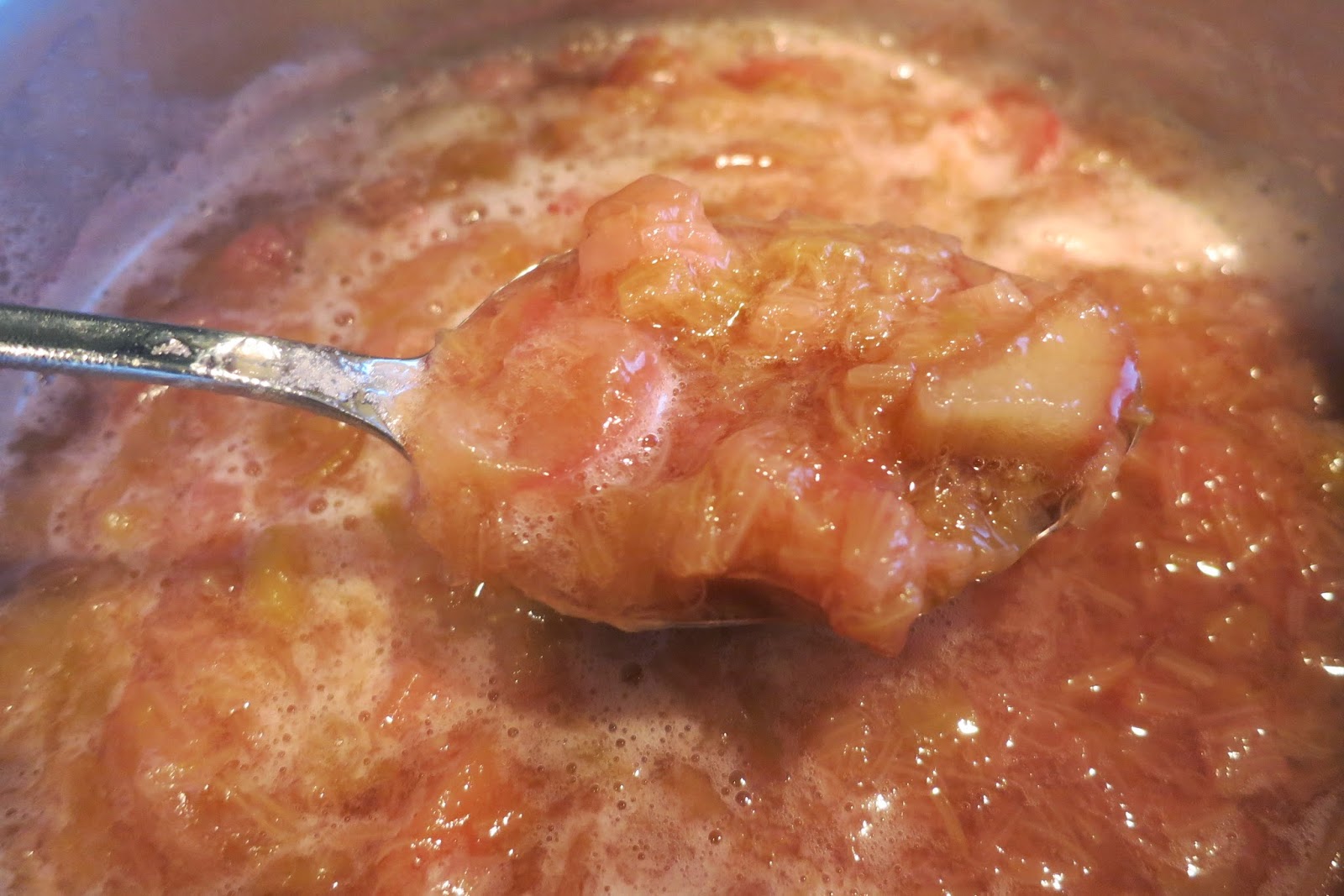 I added a bit more sugar and the rhubarb sauce was perfect. There are a lot of ways to enjoy rhubarb sauce. One is just plain in a bowl, like the way you'd eat applesauce. Yum. It's amazing over vanilla ice cream.  It's also delicious with a dollop of whipped cream, which is how we enjoyed it, still hot from the pan. 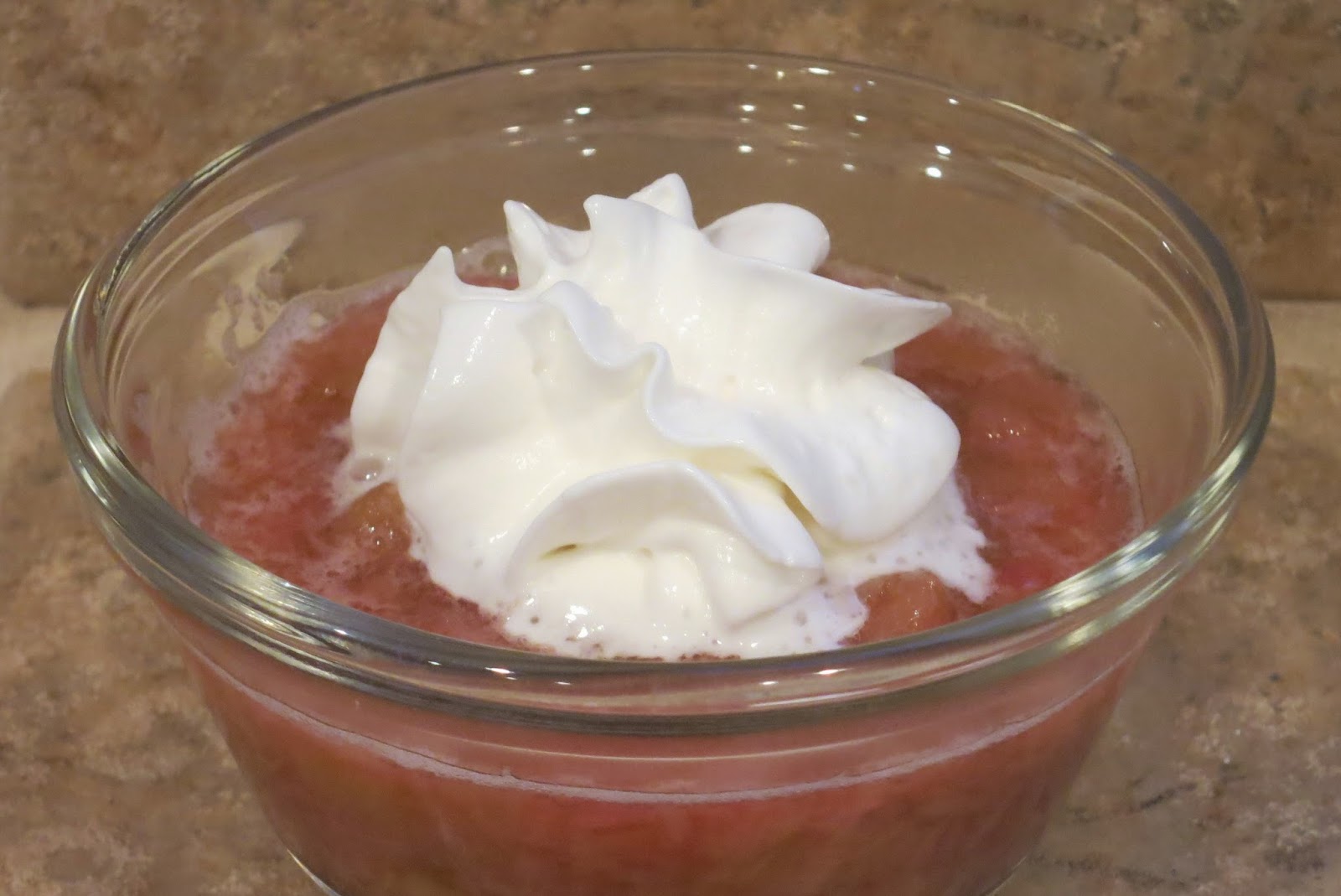 It is SO good. I wonder if I can special-order a freezer's worth of fresh rhubarb...
Email ThisBlogThis!Share to TwitterShare to FacebookShare to Pinterest
Labels: Recipes