Three days after buying 2/3 of the rhubarb from my local grocery store, I headed back solely to see if it had been restocked yet. The previously empty spot was totally full. Eureka! I wasn't going to make the same mistake twice and alert anyone else to the rhubarb. I looked around to make sure no one was watching, then sidled over toward the rhubarb, looking as uninterested as possible. I casually started filling my cart with handfuls of rhubarb stalks until I had successfully transferred every single one. I slowly left the produce section and then practically ran to the checkout line. All the rhubarb! Mine, all mine! (insert maniacal cackle here).

When I got home, I washed and sliced the rhubarb, which turned out to be six pounds worth. I put approximately three cups in each of six freezer bags. 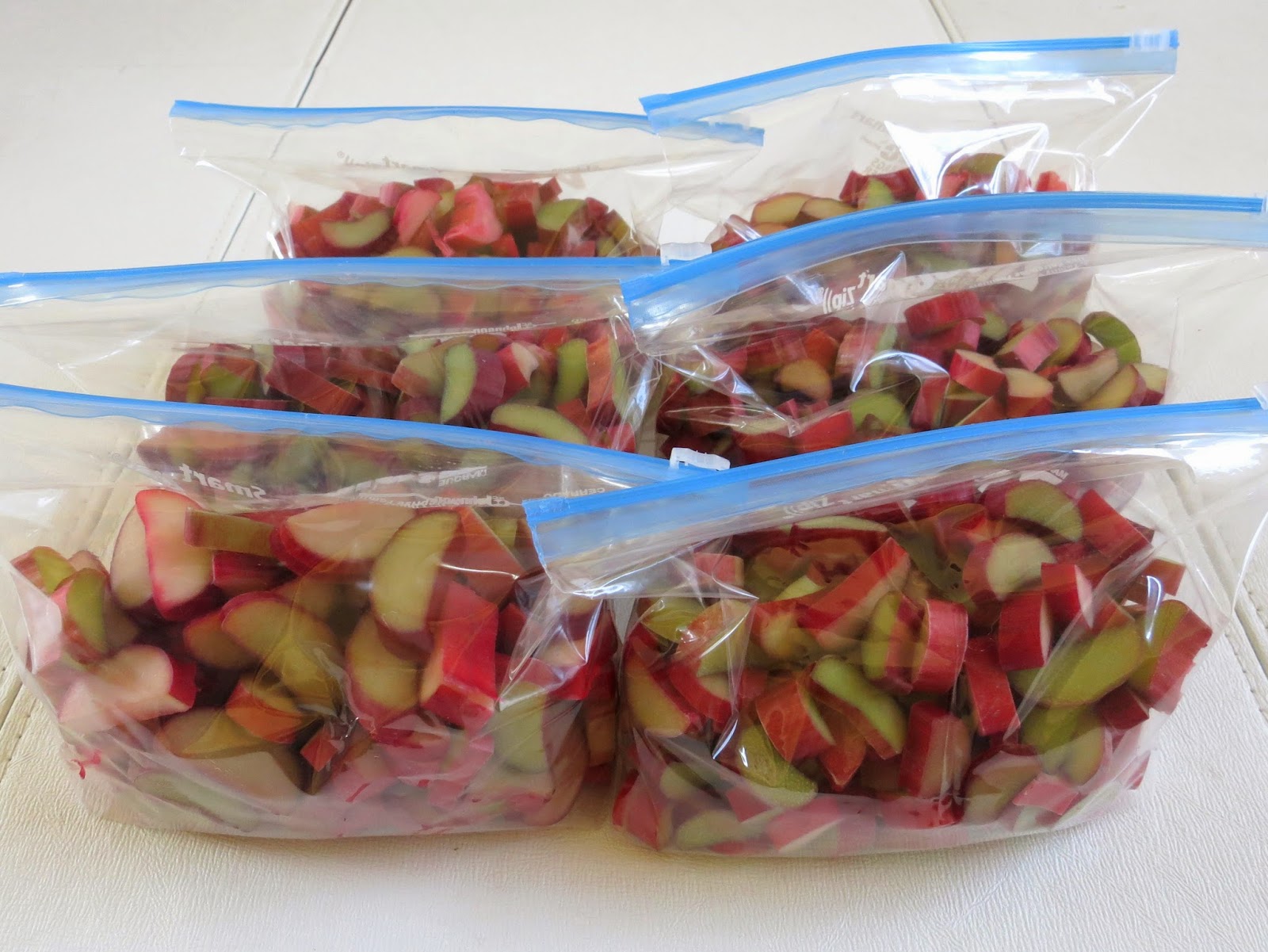 It's not nearly enough of a rhubarb stockpile, but I'm happy knowing it's there. That's six rhubarb recipes that I wouldn't have been able to make otherwise.

The first thing I made was a rhubarb bread pudding. I used this recipe as inspiration, but as usual, my version bears so little resemblance to the original that I hesitate to even mention it. I'm not sure what the etiquette is about crediting a recipe that has been radically changed, but better to err on the side of courtesy. Here's my version:

Cut bread into 1/2 inch cubes (yield is approximately 4 cups). Put bread cubes on a sheet pan and lightly toast, turning occasionally to toast all sides. Meanwhile, scald milk. Remove from heat and add butter; stir until melted. Butter a 2 quart baking dish and place the toasted bread cubes in it. Pour the milk/butter over the bread. Let stand 10 minutes. In a bowl, lightly beat eggs. Stir in rhubarb and sugar. Add to the soaked bread cubes and stir gently to combine. Bake at 350° for approximately 45 minutes or until set. Serve warm, either plain or with whipped cream or vanilla ice cream. 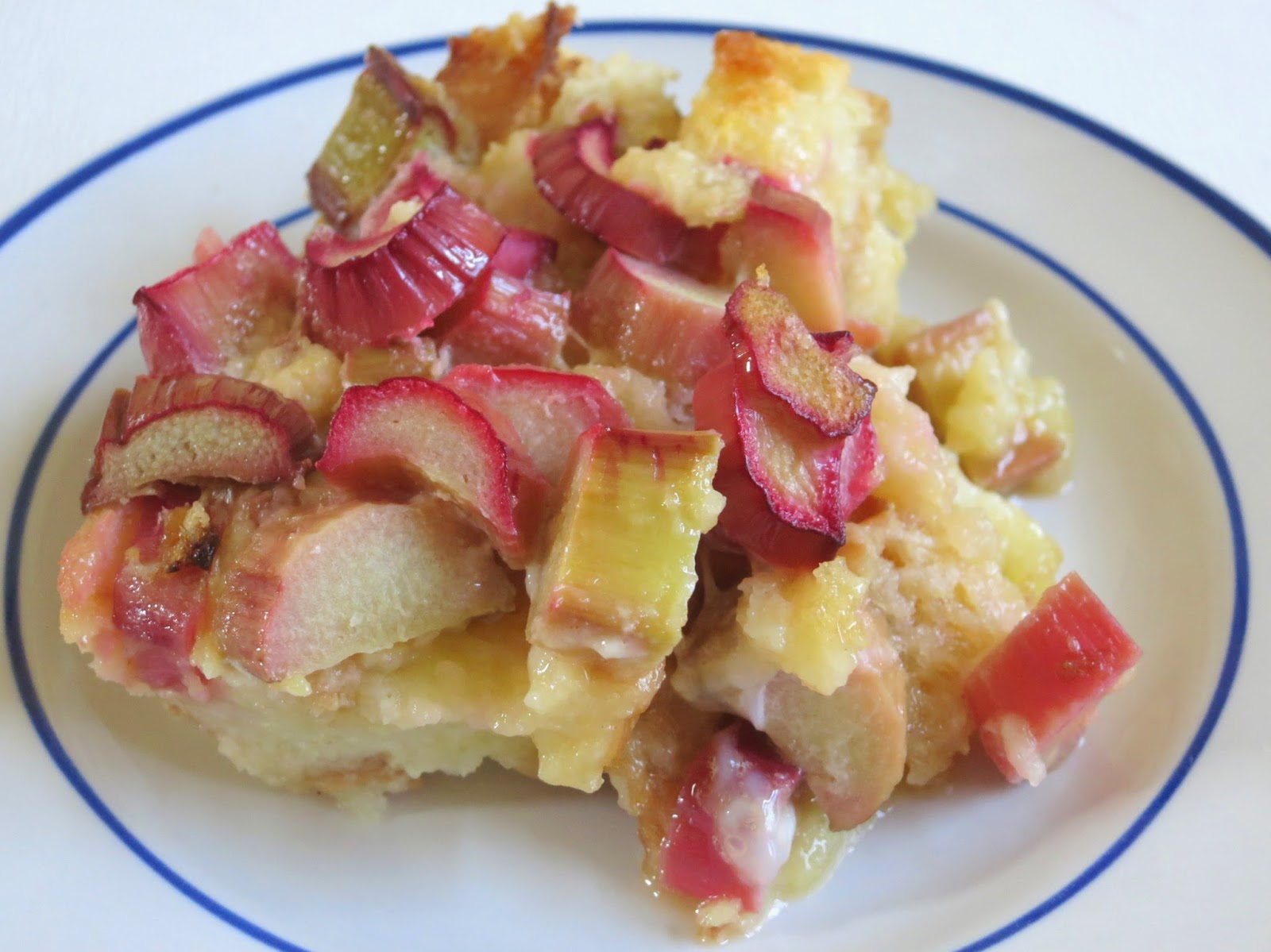