I have another Christmas layout to share, this one from Christmas Day.  After spending Christmas Eve and Christmas morning with my family, we raced back home to host my inlaws at our house. I chose four pictures to scrap.  Of course, I had to include the photo of my nephew Sean opening his Dollar Bill Dispenser. 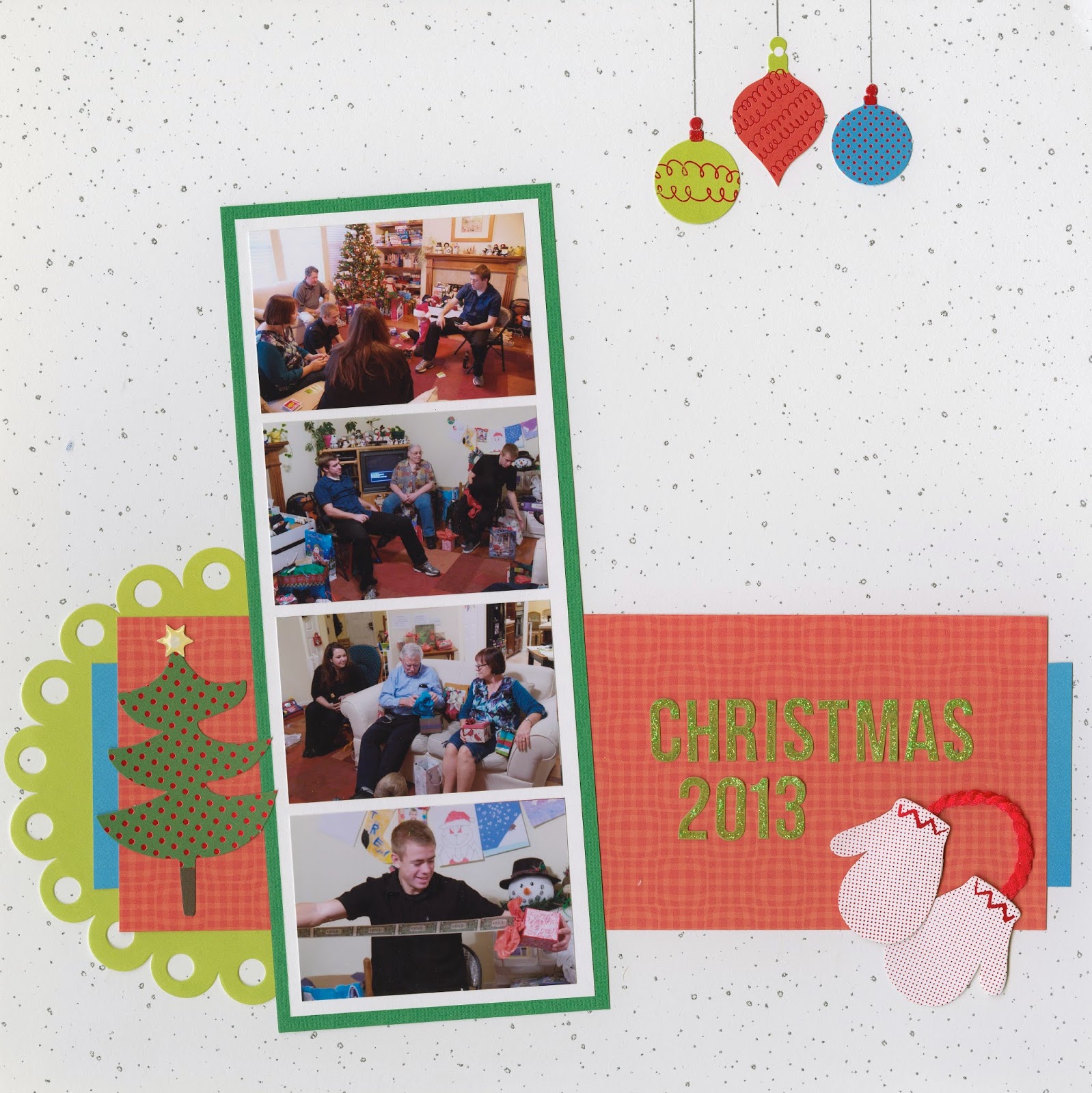 My goal for this layout was to use some of the many Christmas die-cuts in my stash.  I started with the tree, then pulled out some coordinating paper scraps.  (And I do mean scraps.  The blue scraps are only as big as you see.  The red piece that looks like it extends across the page is actually two smaller pieces with the photos barely covering the gap between them.  That's half of a lime green doily.)  I chose three ornament die-cuts, thought briefly about adding silver floss to hang them, then immediately decided it would be much easier (and would look just as good) to draw the strings.  Finally, I chose two mittens and connected them with a small piece of red yarn.
Email ThisBlogThis!Share to TwitterShare to FacebookShare to Pinterest
Labels: Christmas, Layouts