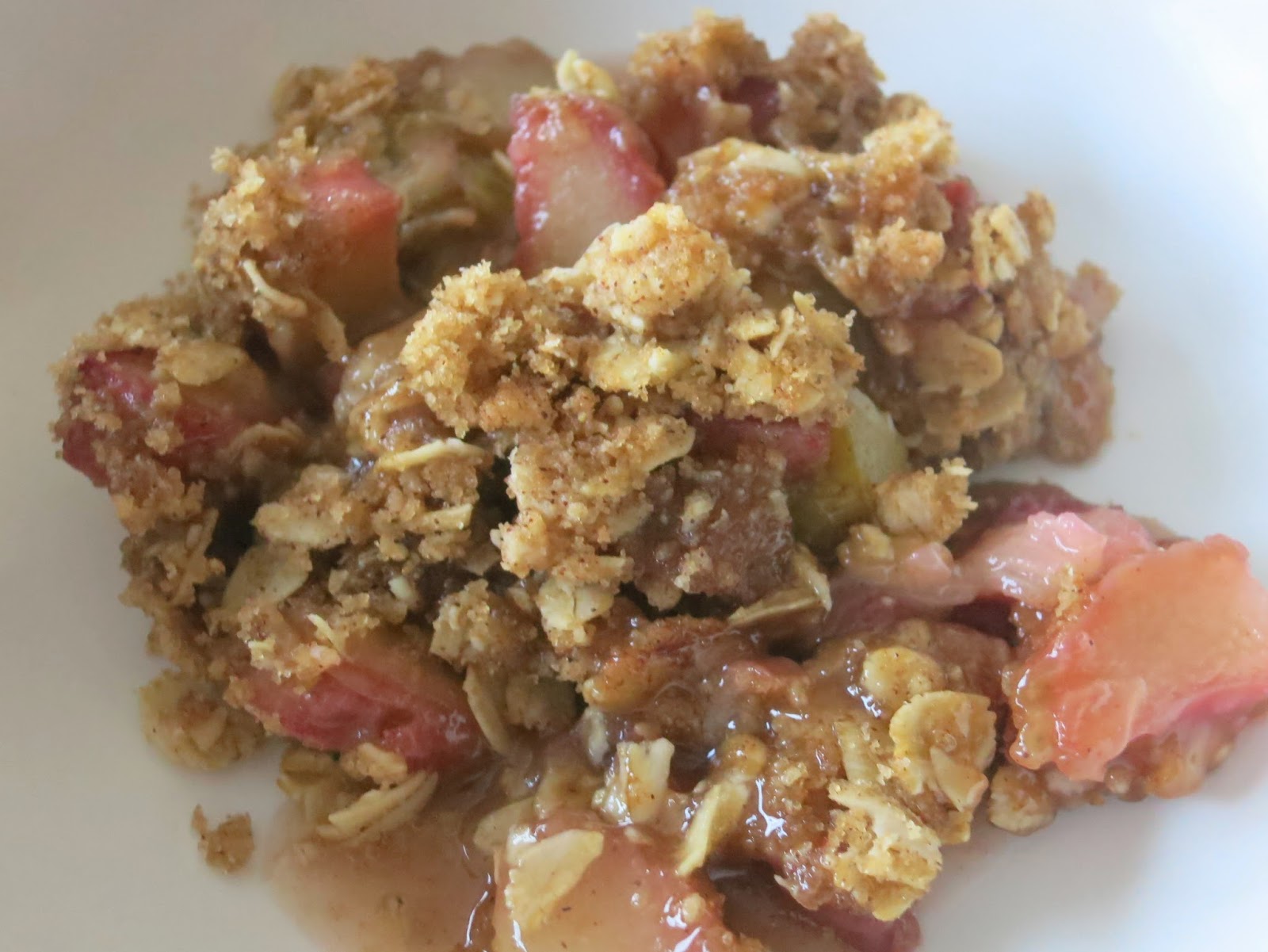 Combine rhubarb, sugar and 1/4 c. flour in a bowl. Set aside. In a separate bowl, mix remaining 1/4 c. flour, cinnamon, brown sugar and oats. Add butter to oat mixture and cut in until it looks like course crumbs. Butter a 8" square baking pan. Put rhubarb mixture in pan, then spread oat mixture evenly over the top. Bake at 350° for approximately 30 minutes, or until top is crisp and golden brown.
Email ThisBlogThis!Share to TwitterShare to FacebookShare to Pinterest
Labels: Recipes