I was looking back at old Halloween layouts recently.  They're some of my favorites.  The costume Trevor has chosen each year says so much about who he is and what has been going on in his life.  This last Halloween, he wanted to be a ninja.  This was no surprise, as he is a HUGE fan of Lego's Ninjago books, TV show and building sets.  I've discussed my poor sewing skills many times, so I was dreading having to make something as complicated as a ninja costume. Fortunately, Grandma came to the rescue and searched the stores for something that Trevor loved.  I was very relieved.

Here's the layout I made about his ninja costume: 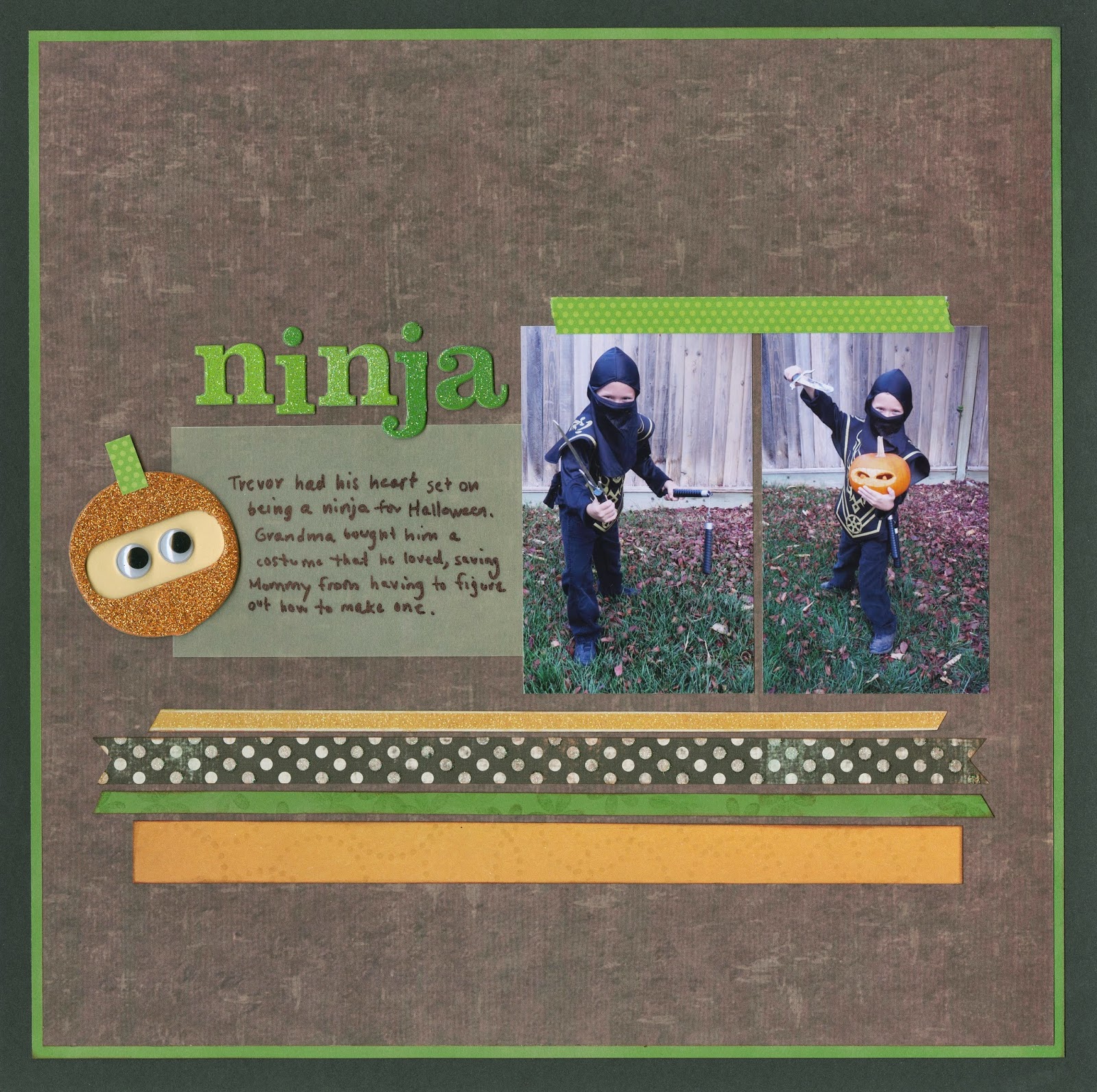 I used this sketch by Tammi Bennett for My Scraps and More. 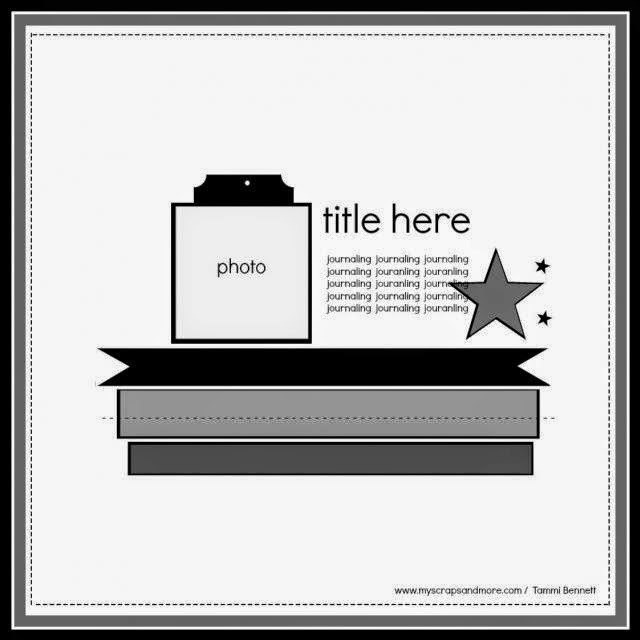 I love that the sketch has a spot for journaling!  So many don't.  I flipped the sketch and added a second photo and a fourth paper strip.  As you can see, Trevor is holding his pumpkin ninja in one of the photos, so I echoed that with my homemade embellishment.  I started with a glittery chipboard letter O, turned it on its side, then backed it with cardstock and added googly eyes and a stem.  I love that his eyes are looking toward Trevor in the scan.
Posted by Cindy deRosier at 5:00 AM